The Amur tiger is the rarest representative of the animal world. As early as the middle of the 19th century, their population was large, but towards the end of this century, about 100 individuals were killed each year. 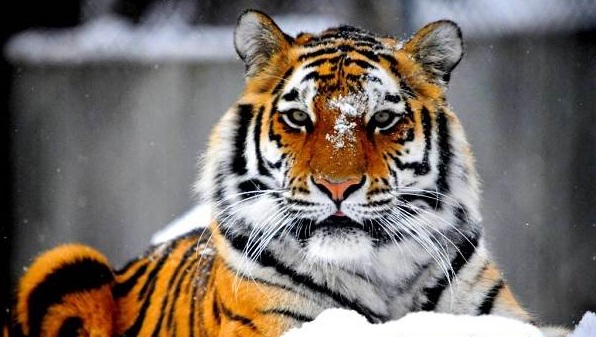 Due to this, already approximately in the 30s of the 20th century, the Amur tiger appeared on the verge of complete disappearance from the planet Earth. At that time, less than 50 tigers remained on the territory of the USSR.

There are several main reasons for this phenomenon:

The Amur tiger is one of the biggest predators on the planet. The Red Book has been protecting individuals of this species for many years. However, in April 2007, according to experts from the World Wildlife Fund, the population of Amur tigers reached the same number as a hundred years ago. In this regard, at the moment the tiger is not on the brink of extinction. 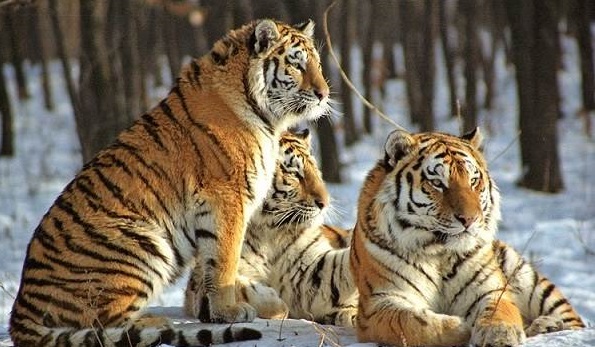 In 2008–2009, a complex expedition took place within the framework of the Amur Tiger program, as a result of which it was determined that 6 representatives of this species could be counted on the territory of the Ussuri Nature Reserve. It also turned out that the animal Amur tiger uses for its residence a territory that is more than twice the area of ​​the whole reserve.

This means that tigers go beyond the limits of the protected area, where they can be expected to increase the danger. Given these data, the question arose of creating a protected area outside the territory of the reserve itself. 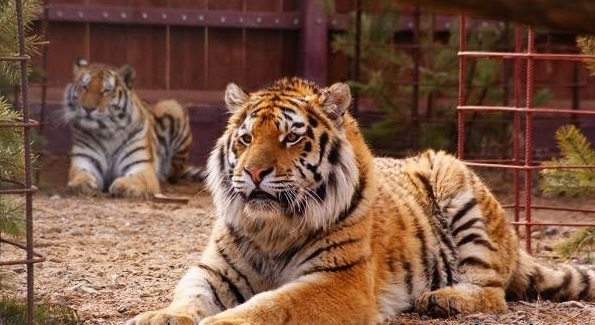 Description of the Amur tiger

The Amur tiger class is a mammal. It is one of the largest predators of the fauna of the entire planet. Its weight can even exceed 300 kg. And according to some sources, individuals weighing up to 390 kg were identified, but today it is rather difficult to meet such large representatives of Amur tigers. The body length is on average 1.6 — 2.9 m, and the tail length — 1.1 m.

These animals are the decoration of the Far Eastern taiga, as well as the objects of worship of numerous nations. The Amur tiger is depicted on the flag and the emblem of the Primorsky Territory and on other diverse symbolism of many cities and districts of this region.

The beast has enormous physical indicators: it is able to easily transfer a huge horse carcass weighing half a ton. Its speed reaches 80 km / h, second only to cheetahs. 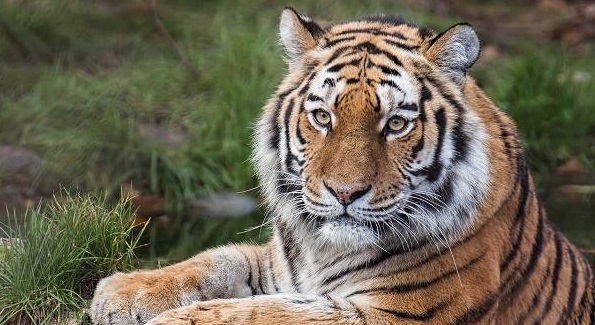 The Amur tiger has a beautiful, inherent predator color skins: on a red background on the back and sides are transverse dark stripes. There is an opinion that it is impossible to meet at least two individuals with the same pattern, because they are all unique. This color, although it is bright, but performs the function of camouflage.

Because of its size, the tiger does not have the stamina. To catch prey, he has to sneak up on it as close as possible, in which the color, which merges with dry grass, helps.

Look at the photo of the Amur tiger, and see for yourself. On average, these tigers live for about 15 years. Although the maximum lifespan is half a century, tigers, as a rule, die before their old age. 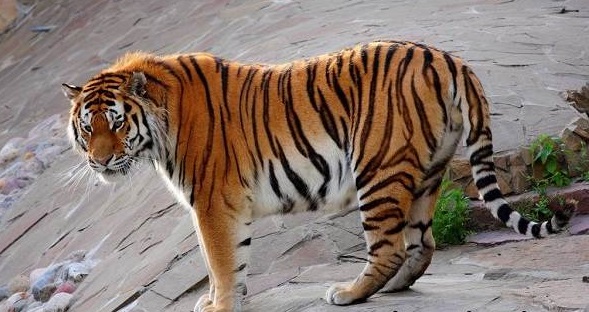 Predators feed only on animal food, most often on large prey. They devote a significant part of their time to hunting, but only one-tenth of the attempts to seize the prey end in luck.

Red deer, wild boar, and spotted deer are the main part of the animal’s diet. For the full existence of individuals in the year they need more than 50 ungulates.

With a lack of this indicator, predators can hunt smaller animals (badgers, dogs, livestock, etc.). Once a tiger can master 30 kg of meat, and its daily rate is about 10 kg.

Like most cats, the Amur tiger prefers a solitary lifestyle. Throughout its existence, an individual chooses for himself a certain part of the territory, beyond which it goes only when it is necessary to search for food. On the personal territory the tiger leaves special marks: 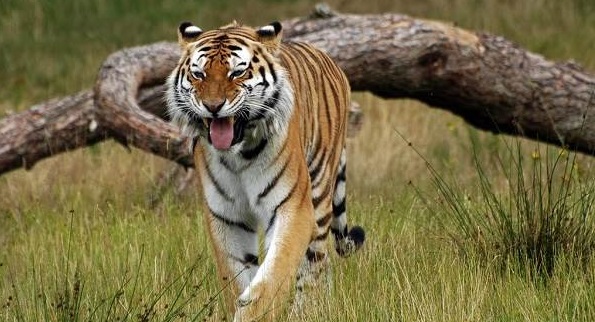 An adult male protects his plot from unexpected guests, and with other individuals can sort things out with a roar. Males enter the fight infrequently. However, most of these quiet animals can remain silent for several years.

Predators breed on average once every 2 years. Males are polygamous animals that can house several females at once. And in the case of competition with other males are able to even engage in battle with opponents.

Quite a popular subject of study in our time is the Amur tiger. Reports are often used as a topic in which the habitat of these predatory animals is described. 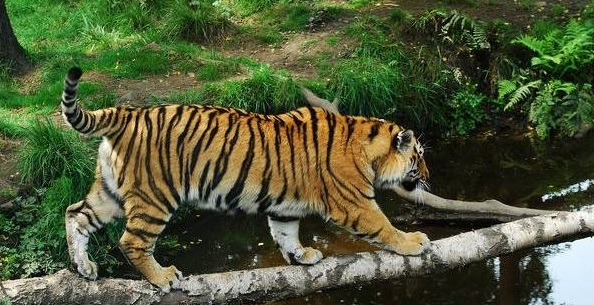 The animals live in the south-east of Russia, on the banks of the Amur and Ussuri, in Manchuria, in the north of the DPRK. It can be found in the Primorsky Territory and in the east of the Khabarovsk Territory. Their range from north to south is about a thousand kilometers, and from west to east — about 700 km. Tigers are especially common in the Lazovsky region of Primorsky Krai.

Amur tigers choose river mountain valleys with domination of such tree species as oak and cedar as the places of residence. Any adult individual lives on its own personal territory, which can be up to 450 square kilometers in females and up to 2 thousand square kilometers in males.