It is impossible not to admire the beauty of Japan. From the first days of stay in this wonderful country people notice all the charm of its flora and fauna. I wonder what is on the land of Japan is dominated by mountain ranges. But this does not affect the diversity of flora and fauna. On the contrary, even there, in the mountains one can meet.

Many of the fauna are considered sacred animals in Japan. The Japanese revere them and treat them as a real deity. For example, directly in cities across the country, including in the capital can easily and safely walk around and sleep on the sidewalks Sika deer. Passers-by not only not touch, but also treat Goodies. 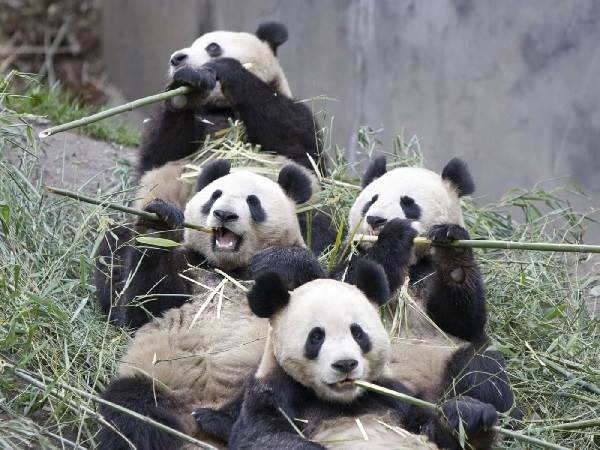 Pheasant-kizi, for example, is considered a sacred Japanese bird. This national bird is a symbol of Japanese culture. Climatic conditions, isolation from almost all of the external world lead to the development in this area of such species of plants and animals which never exist in nature.

More than 60% of the entire area is covered by forests with its unique life and inhabitants. Not to say that the fauna of Japan vary as much as in the jungle due to territorial isolation of the country. But a scant fauna of Japan can not be called.

On each of the Islands has its own unique and interesting animals. All of them are impossible to describe in one article, but to briefly draw attention to some instances, and animal photos Japan should still be.

Spotted deer are animals that are considered a symbol of Japan. A distinctive feature are their antlers with many branches. They are not as impressive and massive as the red deer, but still catch the eye. These animals inhabit in the forest, but no problems and embarrassment to be in the city among the people. Your active morning and evening. 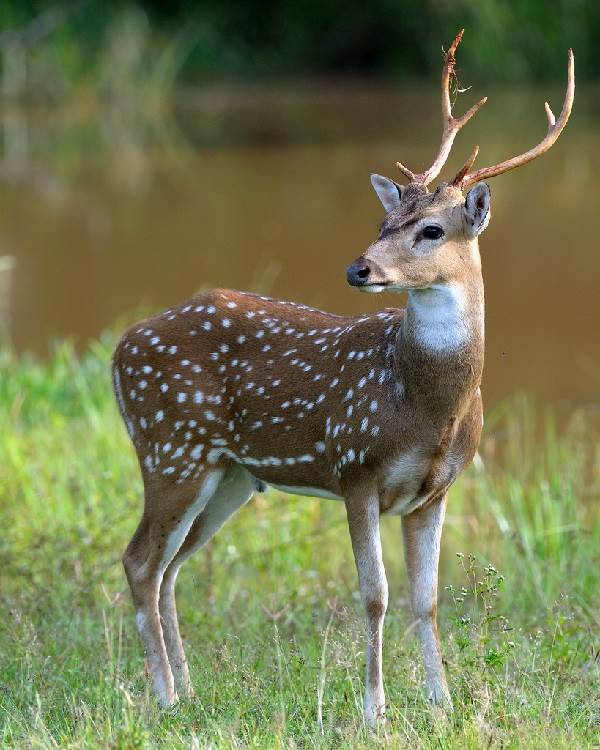 During the rut or danger spotted deer loud, hoarse, and whistling drawl. Animals eat plant food. In the winter time can cause harm to trees by eating their buds and shoots.

It is interesting to observe the males of Sika deer during the rut. Among rivals occur most real fights without rules, in which even the defeated may lose the horns.

It is worth mentioning the antlers. They still represent great value, so the animal is constantly hunted. It got to the point that the number of Sika deer has decreased significantly. Therefore, this animal included in the Red data book of Japan.

This bird is the symbol of Japan runs faster than all their own kind. Almost all of the time, the pheasant Kiji spend on the ground. To fly they can, but rarely and only in case of great danger. 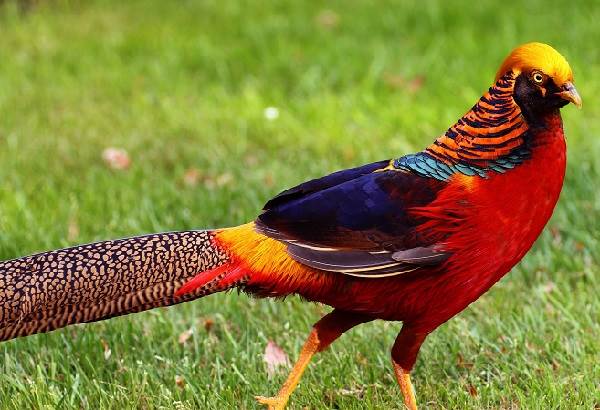 Pheasants have colourful plumage and a long tail. These birds are the heroes of many tales and legends of the Japanese people. Even Bank notes of Japan have an image of a pheasant-kizi.

The female pheasant is very fond of their Pets. Because of this fierce maternal love this bird and was informally called the bird that symbolizes a strong family.

Another symbol of the Japanese is the Japanese white stork. This bird lives not only in Japan, but of the veneration and worship of the storks nowhere. It is a large and proud feathered from the order Ciconiiformes has a long beak, neck and legs. 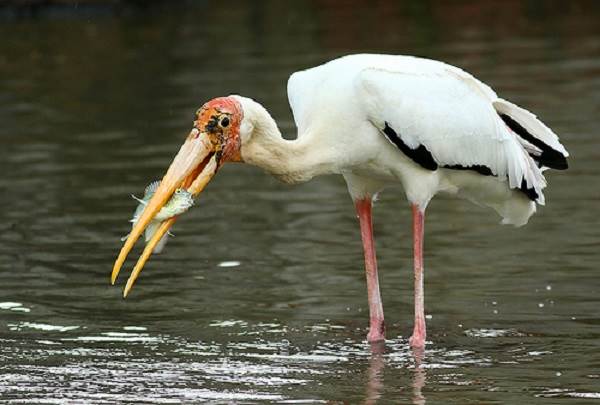 The legs of the bird are equipped with special membranes which help it to swim well. From a stork’s impossible to hear any sound, because of the reduction of his vocal cords. With its huge wings, the birds easily travel long distances.

Birds in the sky you can easily find out the length of neck in flight. Storks differ consistently in all things, and in Japan they are considered a symbol of home comfort and well-being.

A lot of time this animal is on the verge of extinction, so serow long been listed in the Red book and is considered an endangered species. After in 1955 it was declared a natural heritage of the population of serow started to increase. 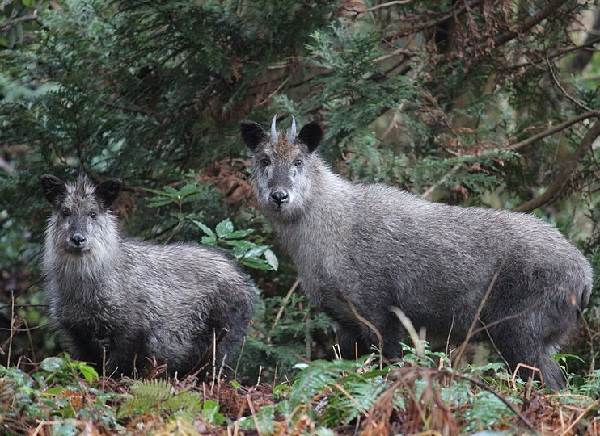 But with this increase in the number of animals has opened up a plethora of issues that in different places people are trying to solve in different ways. Was allowed to hunt, surau to shoot a certain amount of them in order not to bring again to the brink of extinction of these wolves in sheep’s clothing.

This animal is of small size with a weight of about 38 kg with height up to 90 cm there Are among them giants, weighing up to 130 kg. surau, Males usually larger than females. Both have horns, the rings of which is determined by the age of the animals. The first ring serow appears in 1.5 years.

These wolves in sheep’s clothing more than half my life I prefer to spend alone. They form a pair only during mating season to procreate. Its active are they in the morning and evening.

The Japanese macaques deep red face and a thick gray with brown wool. Mostly they can be found in the Northern regions of Japan. For residents of the forest favorite food are the leaves, fruits, roots. To diversify your menu macaques can insects and bird eggs.

Hot springs of the Northern areas of Japan, their favorite habitat because of the cold and the snow there can be observed up to 4 months of the year. In large groups of Japanese macaques, numbering sometimes up to 100 individuals, there is a strict hierarchy. 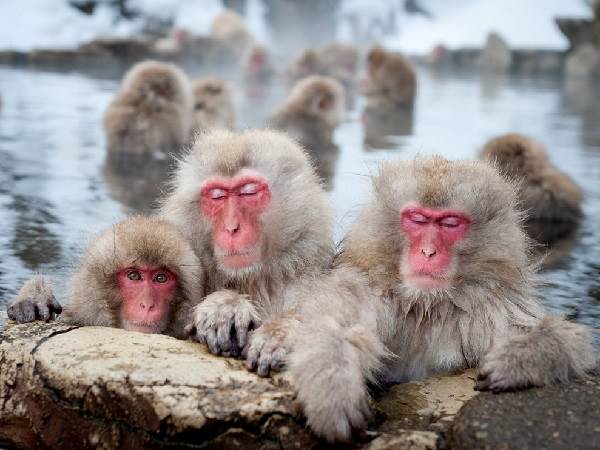 To communicate with each other animals use language, expressions, gestures and sounds. Japanese macaques are considered an endangered species, so recently they were listed in the Red book and actively protected by the mankind.

Interesting animals survive the cold winter days. Them almost can be called a hostage to warm water. In order to find their own food for the macaques, we have to get out of the water.

The wet fur of the animals leads to the fact that they are very much freeze after exiting a warm source. In their group was invented a special duty. Two macaques are not wet their fur, and constantly looking for food and bring it to those who sit in the sources.

This once again proves that monkeys are the smartest animals. This is the most expensive of the many decorative Pets. Not every person can afford to have it at home.

Asiatic black bears can be seen not only in Japan. Their existence is extensive. Until recently, it was so small that the animals were taken under the protection of the people. But over time, their population increased and by 1997 were already allowed to hunt animals. 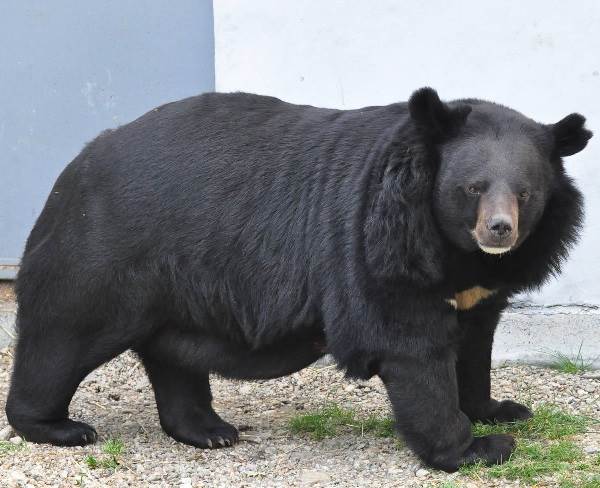 It seems to be a pretty fun-loving animals with large and slightly increased up ears. The name of the animals was due to the white spot on the breast. It is the smallest among all his fellows bear. The maximum weight of the male reaches about 200 kg. But despite its impressive size not animal has great strength and powerful muscles.

Asiatic black bear is peace-loving disposition. People he never attacks first, only when they are wounded or trying to protect themselves. But do not relax upon meeting him, because whatever it was, the Asiatic black bear is the representative of the wild nature, where their laws and conditions of survival.

It is a predatory animal has much resemblance to the raccoon. The raccoon dog is not picky in choosing a home. In frequent cases, the animal moves in the burrows of badgers and foxes. Can settle in the roots of the trees, among the rocks and just under the open sky. It often settles near human dwellings. 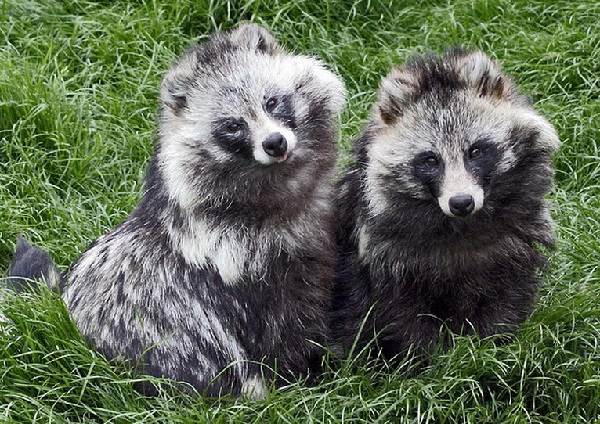 Food can be eaten plant and animal foods. Love bird eggs, rodents, beetles, frogs. In autumn its menu consists of fruits and berries, oats, dung and carrion. All winter, the raccoon dog sleeps.

The wild is dangerous for these animals. In her span of life may last for more than 4 years. The animal tamed by man, under normal home conditions to survive 11 years.

This kind of rodents can be found on every continent. The exception is the Arctic and Antarctica. Travel around the world, these rats use the ships. Scientists say that the number of pasyukov twice the number of people. 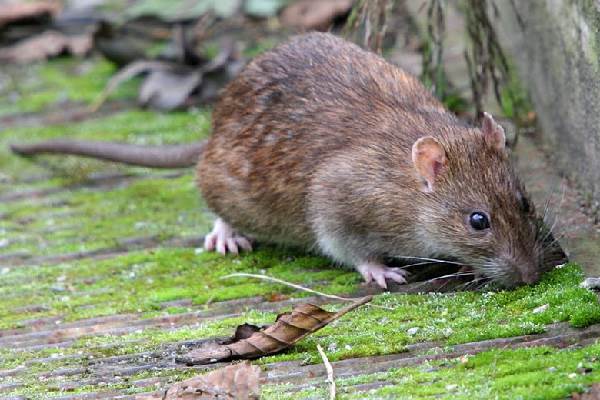 For a comfortable stay Pasyuk you must have a pond. In the water the rodents live, hide from danger and get their food. Also sources of production of food for rodents serve as landfills and slaughterhouses. In the wild Pasyuk like fish, shellfish, amphibians, insects.

Researchers still find it hard to understand how a rat dies of mental shock, and then resurrected from touching her fibrosum. Phenomenon are considered and woven tails rodents. They are called «rat kings». This plexus and remains for life. To die such animals Japan did not give neighboring countries.

These animals are living in Japan, belong to the Krotov, they are of small size. Their length is usually not more than 18 cm, and weight not more than 200 g. They have soft and silky fur is brown or gray-black color. Japanese mogera live in a personally-constructed burrows, representing a complex labyrinth consisting of many tiers and moves. 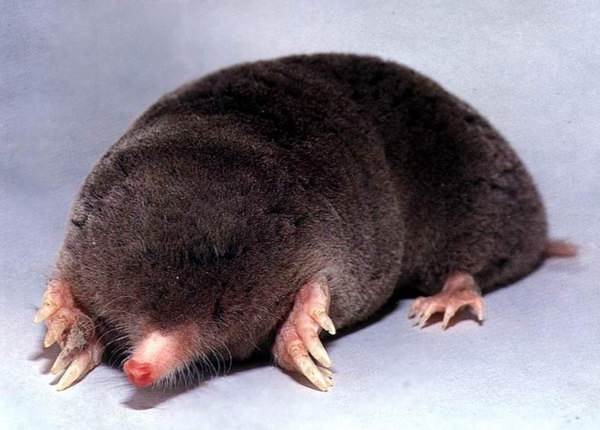 Magery feed on grubs, insects and earthworms. These animals are widespread throughout Japan. Lately, they are considered rare, endangered species and are under reliable protection of people.

There are those animals living in Japan, which differ in their aggressive disposition, despite his attractive and angelic sight. We are talking about the weasels. Life expectancy in the wild these animals are too short – they don’t live more than 2 years. Mating occur randomly. From his kids, looked after by only one female.

Possessing excellent sense of smell, hearing and sight ermine is easy to find a meal. They hunt rabbits and other warm-blooded animals of their size. They do it at night.

With a lack of food stoats nests, eat the fish. Also in the course are insects and frogs. The victim of weasels killed by their powerful bites to the head. Predators are afraid of foxes, badgers, Martens and birds of prey.