For many reasons and by right many people call the Crimea by small Australia. In its small territory three climatic zones with moderate and continental steppe climate, a mountain belt and subtropics on the southern coast are observed. 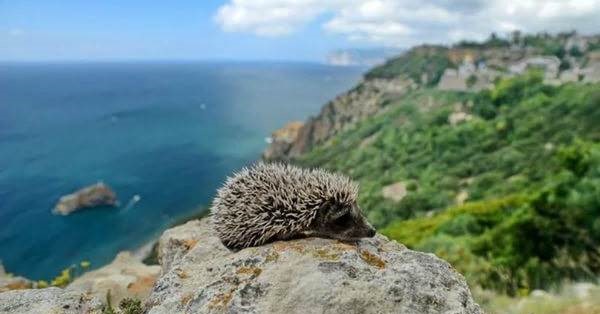 In such conditions there is a huge number of the most different plants and animals. The territory of the Crimean peninsula not too big, it reaches about 26 sq.m. Surprisingly what is located on such square 50 salty lakes and 257 rivers.

Uniqueness of the Crimea is caused still by proximity of the Black and Azov seas, the high Crimean Mountains and its most ancient cities. Thanks to such uniqueness of a geographical arrangement of this peninsula on it there is the most various and surprising flora and fauna.

In the Crimea there is a large number of animals of an endemika of the Crimea, but together with it it is slightly less than ordinary animals there, than, for example, in Russia or Ukraine.

From historical data it is known that there were times when the fauna of the Crimea included ostriches and giraffes. Over time, in connection with change of climatic conditions people began to notice appearance of reindeers and polar foxes there. 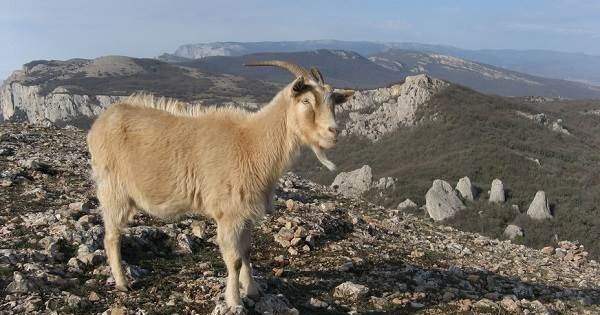 Therefore the fauna of the Crimea is various the local types and that learned to adapt to the local environment. Except animals in reservoirs of the peninsula more than 200 species of fish which most part stays in these waters constantly are, and about 50 types periodically appear from Bosphorus there.

Fresh waters of the rivers and lakes of the peninsula are rich with 46 species of fish, from which 14 types natives. All others were delivered to the Crimea and perfectly there acclimatized.

Among amphibians there are a lot of frogs, toads and tritons. In the Crimea 14 species of reptiles, from which only one poisonous – a steppe viper.

Ears, the medical Yankee, poloza meet. From turtles there is only one look here – a marsh turtle. They can be seen generally in mountain reservoirs. It is a little more than lizards – the whole 6 types. 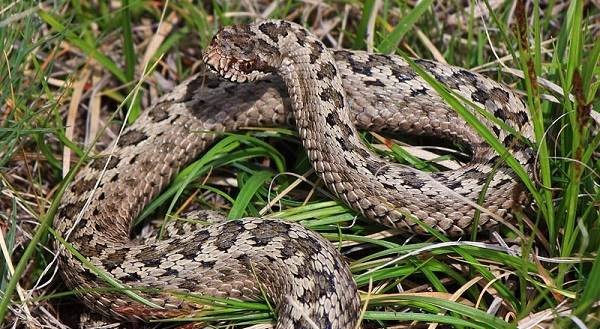 A large number of birds, about 200 types in a bigger measure live in mountainous areas. 17 views from them arrive to the Crimea to winter. Mammals on the peninsula more than 60 types. Their favourite places of stay – reserves, wildlife areas and mountainous areas. Predatory animals meet.

It is often possible to notice a fox, caress, a badger, a marten. Steppes and the woods of the Crimea are full of hares and polecats. There was time when in the Crimea wolves were found, but at the beginning of the last century of their population completely disappeared. Seals monks and 3 species of dolphins are found in waters of the peninsula.

On the peninsula a large number of rare animals of the Crimea who are on the verge of disappearance at present lives. Therefore the unanimous decision to create the document in which information on such animals would gather was made. Animals of the Red List of the Crimea though the book in the project are taken under reliable protection of mankind. 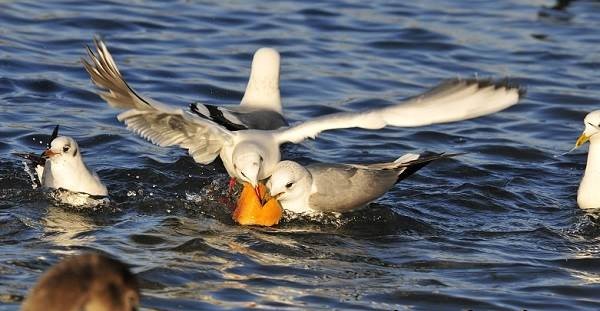 In this book they are marked out on the 8th ball scale which defines rarity degree. Than it is lower than a figure, that the animal meets in the nature less often. From exact data it is known that in this book all applicants with the figure which isn’t exceeding 5. On the first position there is a beluga.

It is almost disappeared look. The description of animals of the Crimea can occupy not one page. We will consider their main representatives.

Mountain foxes live in the Crimean Mountains, their subspecies steppe – in the steppe. They eat mice, gophers, hamsters, hedgehogs, eggs of birds, and sometimes both birds, hares, and wild rabbits.

When there is nothing to eat, insects, frogs, lizards are used. Sometimes animals don’t disdain also drop. Tourists have to remember that this animal can be exposed to rage. And if before them tried to impart somehow, now nobody does it therefore at a meeting with them it is better to be careful.

But frequent meetings with foxes practically don’t happen because they careful and timid. Seldom or never at a meeting they lose sensation of fear. 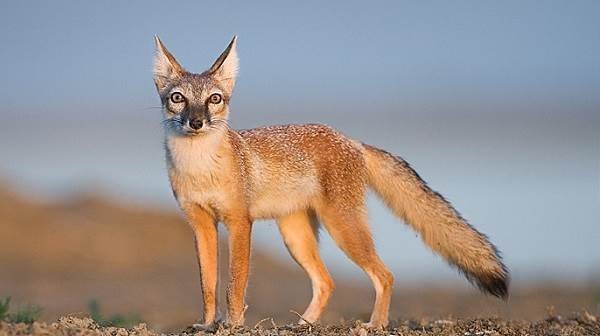 On a photo steppe fox

At first sight this tiny and lovely animal. But it is difficult for foxes and wolves who once lived on the peninsula to be compared to his bloodthirstiness even.

This amusing animal often tame also more gentle domestic pet after difficult to find. She without problems finds a common language with other pets who are in a family and brings fun and good mood, thanks to the friendly temper and curiosity.

In the house where there lives caress, never there are rodents and insects. One is bad – in bondage at caress too short life. They can hardly live up to 5 summer age. 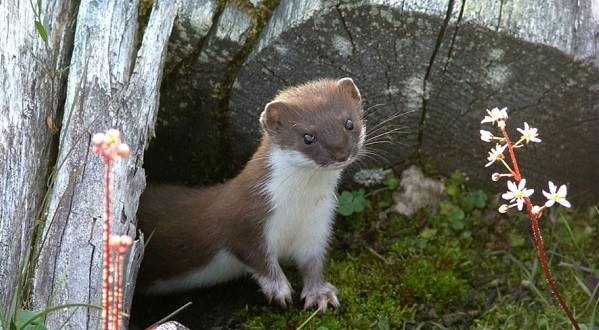 On a photo animal caress

So the stone marten at whom the throat and a breast is decorated with a white hair is called. Elegant, graceful and beautiful at first sight lines of brave, gluttonous and incredibly mobile predator aren’t alien to a belodushka.

They can eat and vegetarian food. In a summer and autumn season of a marten eat a sloe, a hawthorn, pears and grapes. These animals aren’t loved very much by the people who are going in for agriculture.

If the marten gets to a hen house, she in the shortest possible time with amazing dexterity will strangle all hens who are there. In relation to hens of a marten always were heartless. 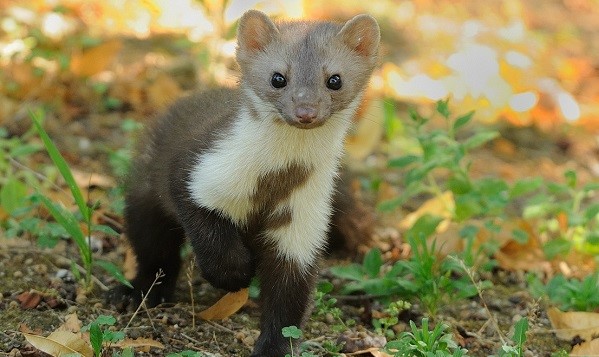 On a photo stone marten or belodushka

These animals of the Republic of Crimea are peace representatives from a family marten. His colleagues are minks, otters, a sable, gluttons, ermines, polecats and martens.

Badgers vigorous and brave animals. Their such qualities are shown not in bloody dismantlings, and in constant aspiration to tireless useful work.

Any architect can envy his holes. They consist of several floors, remind caves and reach in length about 20 m. For each floor at animals the mission, and a floor it is covered with a fragrant grass everywhere. Moves away a hole this clean animal every day, and twice a year the grass ustilka changes there.

All the time occurs improvement the barsuchyikh of holes, they extend, become all komfortabelny. Over time such dwellings turn into the whole barsuch of the city.

They get it in nests of wild bees. And no bees with the stings to them are terrible. Animals with courage maintain all these painful executions because very strongly love honey.

This rather peace being. But if business concerns it, his colleagues and the dwelling, they will stand up to the end. Badgers in offense of the don’t give. 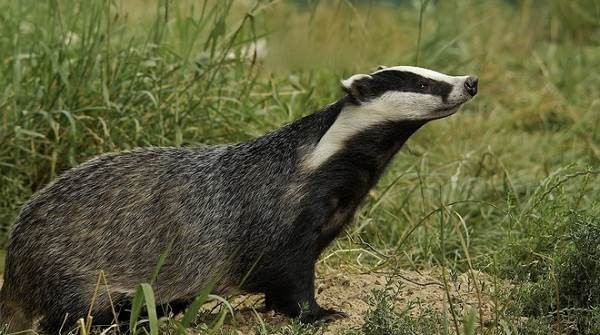 On a photo badger

This Far East predator passed twice acclimatization on the peninsula. It isn’t absolutely suitable for trade. In the first resettlement raccoon dogs didn’t manage to get accustomed in the Crimea.

And the second was crowned with success. They chose flat areas of Belogorsky and Lenin areas. These dogs are omnivorous, but prefer animal food more. 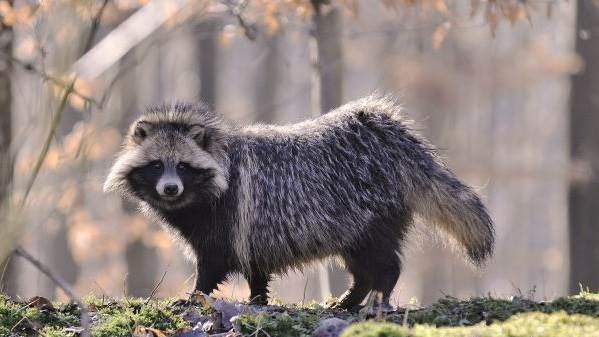 Wild boars lived with ancient times in the Crimea, but in the 19th century them completely exterminated. In 1957 dealt with this issue closely and delivered from the Chernigov area of one boar and from Primorsky Krai 34 females of a wild boar.

After that their population considerably increased. To these omnivorous beings to liking various roots. Boars like to regale on acorns, mushrooms, fruits and nuts.

They can sometimes eat insects, their larvae, rodents, egg of birds. And in absolutely hungry time animals don’t disdain also drop. At the sight of the person wild boars try to retire. But it is worth remembering that these animal vindictive and fearless. 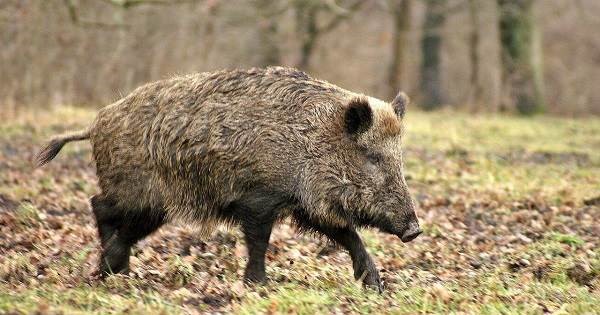 Till some time these slender animals lived in the territory of the woods and steppes of the peninsula. Over time they were forced out by people to areas of mountains and the woods. Now with them slopes of the Main mountain ridge are populated. In many places of the woods it is possible to meet this gentle and graceful animal.

At a meeting with the person the roe at first completely fades, and after when understands that it noticed, with a speed directs in forest thickets.

At roes similarity to deer is more amazing. They eat grassy plants, wood young growth, buds of trees, leaves and bark. At males of roes the same horns, as at males of deer which they dump at the end of summer, in an early autumn. In the spring of a horn sprout the new.

Roes in the wood have enemies – foxes and martens. But their angriest opponent is the poacher. Animals have fine hearing. One roe can report about danger to all the colleagues. They catch this sound in a radius of 3 km. 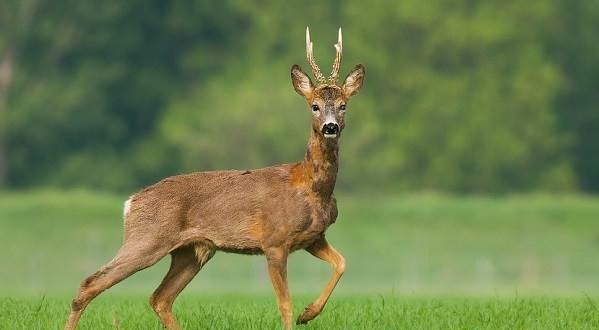 On a photo roe

This biggest animal of the Crimea lives in the woods of mountains. The weight of males of deer reaches to 260 kg, with a height in withers about 140 cm. They tripping, are slender, with proud landing of the head and wide branchy horns.

There live the Crimean deer of 60-70 years. The age of young males is calculated by quantity of shoots on horns. The chewing surface of teeth helps to define age of adult individuals.

The main weapon of deer are their horns. In the territory of the Crimea these animals, except hunters have no enemies. Therefore they use the weapon only during marriage fights for a female. There are such fights generally in September and are followed by a wild roar with an appeal.

The quantity of deer of the Crimea never was identical. And the beginning of the 20th eyelid was remembered by that this look almost completely disappeared. Since 1923 shooting of these animals that helped to increase by 1943 their quantity to 2000 individuals was forbidden. 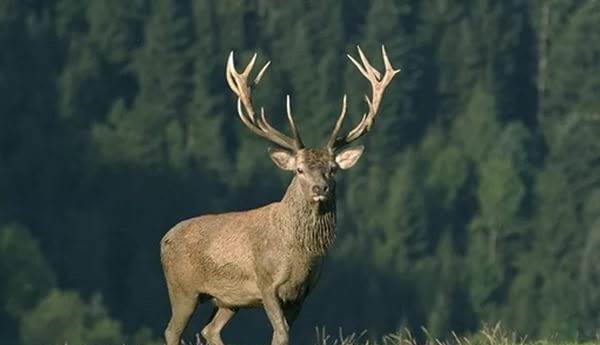 Appearance of this animal in the Crimea was noticed rather recently. This animal is slightly larger than an ordinary squirrel. Especially it becomes noticeable when the animal puts on in a winter fur coat. They have a bright red color in summertime and become light-gray in the winter.

Their distinctive feature – beautiful, well noticeable brushes on ears, and they always remain red color. They live not only in the wood, but also in the territory of city parks.

Parks they have more to liking because there they receive various entertainments from visitors. These thrifty animals love nutlets, acorns, pine cones, sunflower seeds and fruit stones. 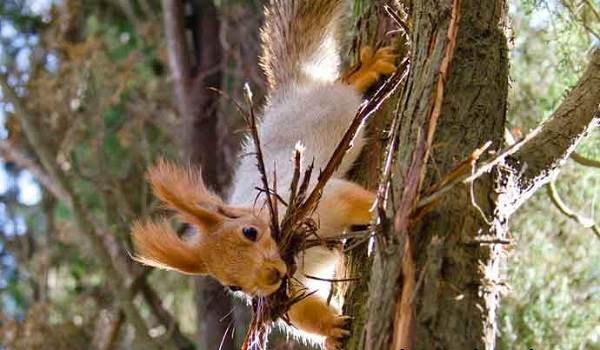 On a protein photo teleduck

These wild animals of the Crimea belong to artiodactyl of a genus of rams. Their look shares on 5 subspecies. Prefer mouflons to live on woody hillsides.

Fall to a winter season slightly below. The average weight of males is 50 kg, females of 35 kg. The first differ from the second in existence of horns. Wool at animals smooth and short saturated red-brown color. It is interesting that their sexual maturity comes in 4 years, but in males of 3 more years don’t come to females into contact.

Nobody can explain the reason of it. Females of mouflons live in herd, males prefer loneliness. Because of strong, thick skin and very tasty meat these animals always interested people. Hunting for them never stopped.

Recently they started being crossed often to sheep, thereby improving breed. Hunting on mouflons not easy occupation. They are too careful and prefer to live in places, remote for people. 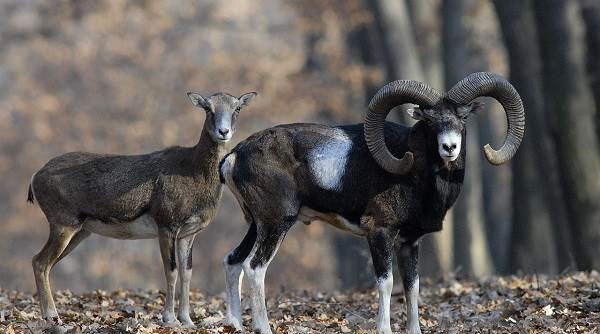 Beaver is an animal. Beaver’s lifestyle and habitat