Aspid snake. The lifestyle and habitat of the snake Aspid

Содержание скрыть
1 Characteristics and habitat of the snake Aspid
2 The nature and lifestyle of the snake, the Aspid
3 Food snakes Aspid
4 Reproduction and life expectancy of the snake is the Aspid

In the wild there are a huge number of animals, fish, birds, insects, reptiles. And we know practically nothing. Where they live, what they eat, how they reproduce. Limited information, forcing us, when faced with the unknown, only to freeze in fear.

But if you would know about the animals around us more, you will find that they can not only perfectly get along. But also to help each other. And some of them are vital to us.

Very bright representatives of the wild world reptiles. At first glance, the reptiles that inspire fear and horror. And if only not to deal with them. What we know about them? Absolutely, nothing. 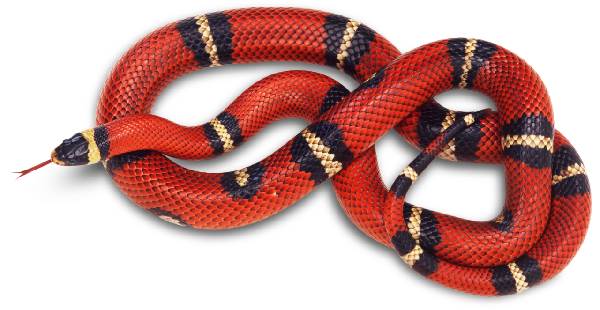 If we consider the serpent from the bio-energy, according to Feng Shui, the symbol of the snake bears its owner youth, family well-being, peace of mind. If medicine, snake venom acts as a pain reliever, anti-inflammatory agent in many diseases of the spine, neurological.

Tests on drugs with the composition of the venom in cancer and diabetes. With it, improve the property of blood, diluting it, or Vice versa, increase clotting. Widely used in cosmetics for preserving youth.

In nature they are considered nurses. After all, eating large quantities of rats and mice. And those, in turn, are carriers of the most dreaded infectious diseases. Which even lead to epidemics.
As for the Slavic mythology, a cockatrice is a winged monster, with a nose like a birds beak. That lived high up in the remote cliffs. And where he appeared, there was a famine and devastation. 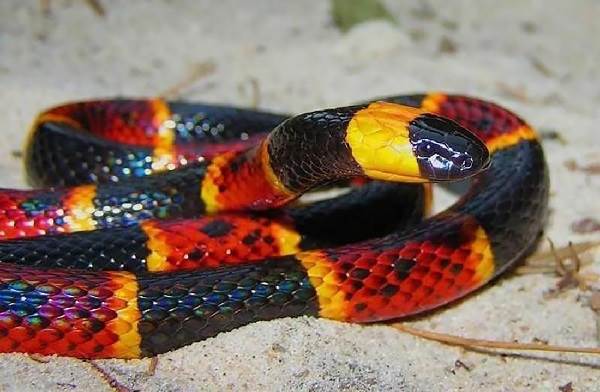 In the biblical legend, the snake tempted eve and got her eat the forbidden fruit. In ancient Egypt, Cleopatra herself, chose the sacred snake to commit suicide. The symbol of the Cobra was on the wands of the pharaohs. And the famous monument to Peter I, on which his horse tramples in the earth the hoof, the snake aspid.

Characteristics and habitat of the snake Aspid

The name of the aspid, unite a family of poisonous snakes. In Greek, there’s a poisonous snake. In nature there are almost three hundred and sixty species. Over time, the group aspidova included and snakes living in the sea, the ocean, because they are also very poisonous.

Now the snake Viper is divided into living water and living on land. The most common ones, Cobra’s, which are water, probably, collared, charcoal, Royal. The same snake family aspidova — embellished snake, African variegated false Solomon Aspid. A deadly snake, tiger, denisonia, krait, Mamba, and many others.

They look very different, not similar to each other. Variety of awesome colors, patterns, and sometimes one tone. With longitudinal and transverse patterns, spotted and ring. Their skin color is completely dependent on the environment where they live. 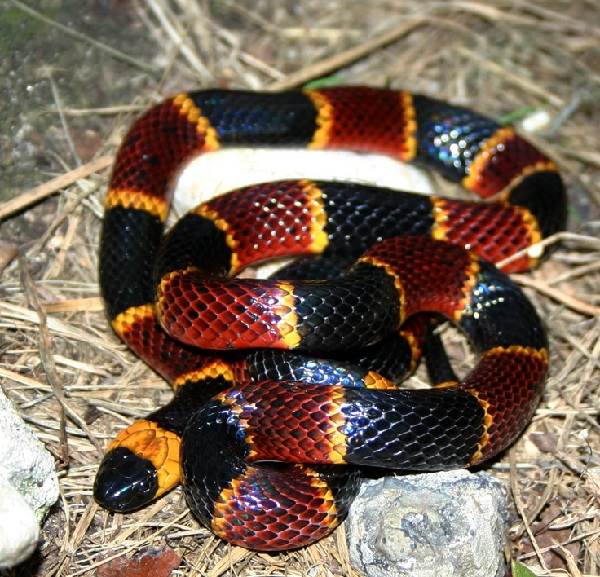 To be able to disguise themselves well. As for example, the coral snake, successfully disguised in the stones of colored pebbles. Or Balogova keffiyeh – green color, most of the time in trees, disguised as a leaf.

They vary in size from twenty-five inch to seven foot snakes. Their weight ranges from one hundred grams to one hundred pounds. The body is elongated. Snake in nature, females are ahead of males sizes, but have the second longest tails.

Their body can be short and thick or long and thin. As for the sea snake, its body is more flattened. Consequently, inside the bodies of reptiles are different too. A snake has from three pairs of ribs. They are very movably attached to the spine.

And they have a head in the shape of a triangle, maxillary ligament is very elastic, which enables them to swallow food much larger than the reptile. And another interesting fact relating to the internal organs.

Their heart has the ability to move along the entire length of the snake, and almost all vipers have only the right lung. Hardaway snakes belong to the animal type, grovel class, flake detachment. 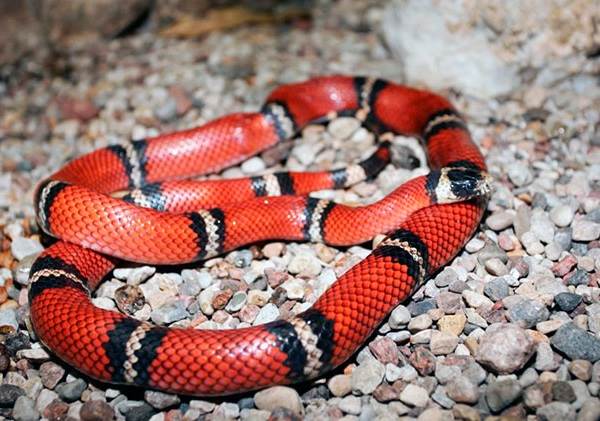 Since they are cold-blooded animals, their activity is entirely dependent on weather conditions, and in particular the temperature of the air. Therefore, in cold weather, from late autumn until spring, they enter the sleep state.

Viper snakes live in forests, steppes, fields, mountains and cliffs, swamps and deserts, on the seas and oceans. They are lovers of the hot climate. Their largest population on the African and Asian continent, America and Australia, India and all tropical areas of our planet.

In nature the snake has no hearing, so for existence and survival, except his eyes, the snake relies heavily on the ability to catch the vibration waves. Its invisible sensors located at the tip of the forked tongue serves as a thermal imager.

Having such ability, not hearing the snake gets full information about what surrounds it. Her eyes are constantly open, including during sleep. Because is covered with a fused scale films.

Themselves snake Viper is also covered with many scales, the number and size of which depend on the species to which they belong. Once in half a year the snake sheds, completely throwing off his already worn-out skin. Such pieces of the skin can very often be seen in the woods.

While in their habitat, be extremely careful. Though scientists invented a vaccine from the bite of poisonous snakes elapidae, but is not always possible in time to use it. The poison of some species is deadly is valid within five minutes, completely paralyzing the nervous system.

Ignorant people have formed a misconception that if a snake has no teeth, so it is not toxic. This is not so. Looking at photos of snakes elapidae, the teeth are at all, even if they are the smallest and almost invisible. So, there is a tooth – is a poison! 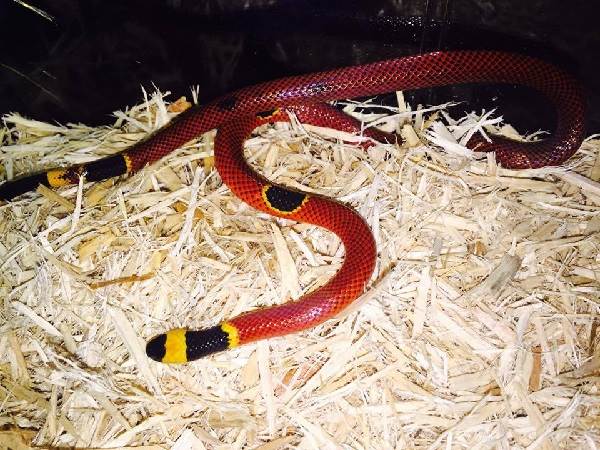 The poison is in the closed, doprovodem channel. And that, in turn, placed on the head. This channel is tightly connected with canine teeth, two of them, through which the poison flows. One Fang is not active, it serves as a replacement in case of loss of any of them.

And some types of vipers, in addition to a deadly bite, and even spit poisonous saliva. For example, how do the Cobra. They spit venom at the eye level of the victim, thus completely blinding the enemy. At a distance of half a meter. And then attacked.

The nature and lifestyle of the snake, the Aspid

In nature, most asps are not aggressive. They do not attack the person or animal first. Except, if people do not come to them, not noticing in the grass. In the area inhabited by the snake, they can often be seen near human houses.

They crawl in search of food. So the locals, with the years, learned to coexist with them. In their closet consisted of clothes made of very thick fabric that the snake can’t bite. High rubber boots, also help people to move freely without fear of snake bites. Pahari, before you go to work, to plow fields, run forward a pig. It is the only animal that a venomous bite at all. And then go boldly to work the land. 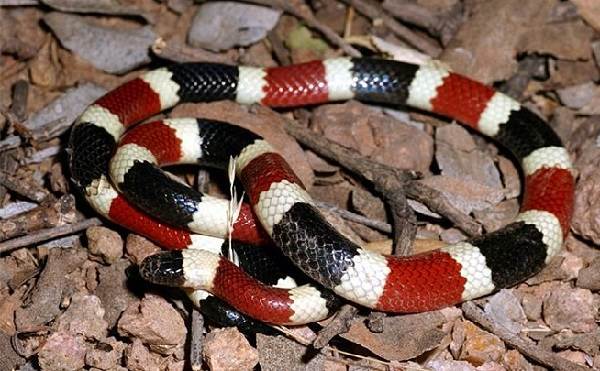 There is one snake that no matter what, attack the victim, and with anger if failed to bite the first time, will be in pursuit to chase her. Snake has a top speed over ten miles an hour, if she needs to chase someone or to escape.

As snakes family aspidova almost always hunt in the afternoon, with the exception of extremely hot when the reptile crawls out of his hole only cool at night. The collision cases of snakes with man a common phenomenon.

Some types aspidova snakes, such as cobras, feed on their own kind, including. Small rodents, frogs, bats, Chicks, dropped them nest here is their main diet. The misconception that snakes drink milk.

Absolute nonsense. Snakes have the lactose is not digested at all. Almost all snake hunting its prey, pierces her teeth, then swallow. In contrast to the Austrian deadly snakes. She preceived, and cleverly, the end of a tail that mimics an insect. Deceived animal trustingly approaching, the snake immediately attacks. 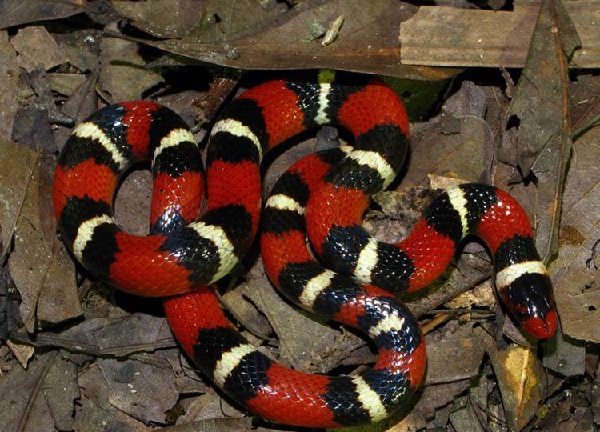 On average, pojavilis a mouse, a rat or a bird, a snake will suffice. But if the situation comes, and have the opportunity to eat something, the reptile will never give up. Feel full she did not know. The snake will be reserved in advance, then within a few days, if not weeks food will be digested in her stomach. But sea snakes are happy to eat fish and even large size squid.

Reproduction and life expectancy of the snake is the Aspid

Puberty snakes occurs within a year after birth. Some, only two years are sexually active. As with all animals, before starting to mate, the males win the heart of a lady and hold a duel.

This happens in the spring time. After winning the tournament, the male pursues the female, flirting with her. Some movement of his head look rather cute, like he’s prinimaet. The expectant mother carrying her offspring a little more than two months.

Oviparous Viper lay from ten to five ten eggs. And there are those that lay eggs several times per year. Family aspidova is divided into oviparous and viviparous snakes. Only a few are viviparous, such as the African Cobra. She may be born more than forty children.

Living snakes of the family aspidova twenty, thirty years. Whatever the threat to us was not a snake, it is better not to destroy them. Not to disrupt the population is creeping in nature. On their need, we already made sure.