The bay – one of four main colors of a horse. Besides it, since Ancient Greece, as the main consider also gray, black and red colors. It not simply color, and the difficult set of genes which is responsible for a certain pigmentation of a hair, integuments and eyes. 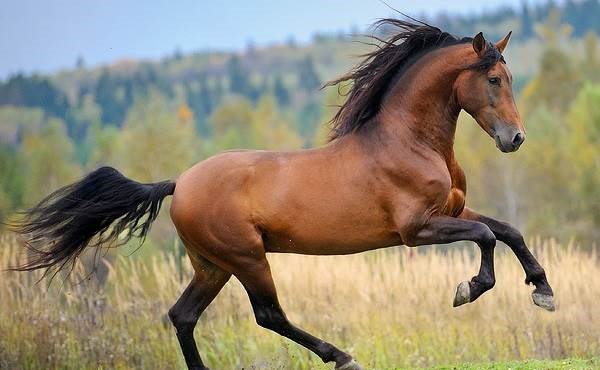 Features and description of a bay horse

Bay color of a horse – the most widespread in the world, she can be met practically at any breed. The exception is made only some artificially removed, such as, for example, by the Netherlands friezes.

So why the horse is called bay, but not brown or brown? Such question arises at many, but it is difficult to define etymology of this word only aurally.

In the ancient time brown horses with a black mane and a tail were associated with fire and black ashes from it, the Latin option of this comparison is said «gnidor» and often meets in ancient legends and eposes. After horses of such color began to call «the bay», still later – bay. 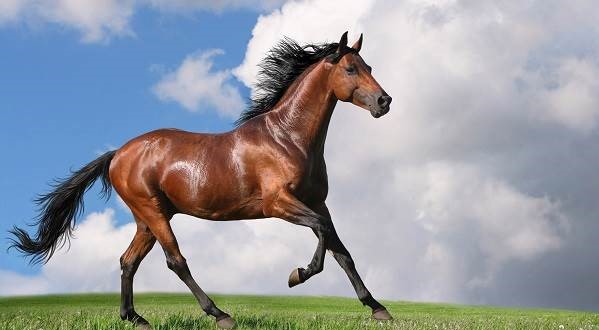 Horse it is accepted to carry to bay color if it has the case painted in brown tone from light to almost black, and a tail, a mane and the lower part of feet at it – black.

It should be noted that primogenitors of all existing domestic horses were bay. So-called wild color allows impurity of brown hair in a mane, a tail and feet.

Happens that the posterity of bay horses is born with light feet, but with age color of extremities at such foals in most cases changes on the black. 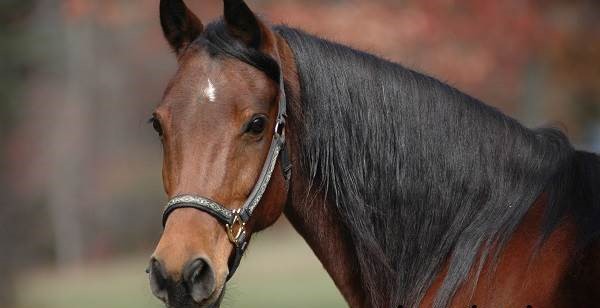 Species of a bay horse

Color of a bay horse differs depending on a podmastka. Exists as far as color options:

The light-bay horse has the lightened sites on a muzzle, round eyes and on a stomach, primary color thus is comparable with the dark and dun. Hair of a mane and a tail – brown, are lower than a foot the skakatelnykh of joints – black all with the same brown reflection. Along a spine quite often there passes more dark strip, the zebroidny color is standing possible. 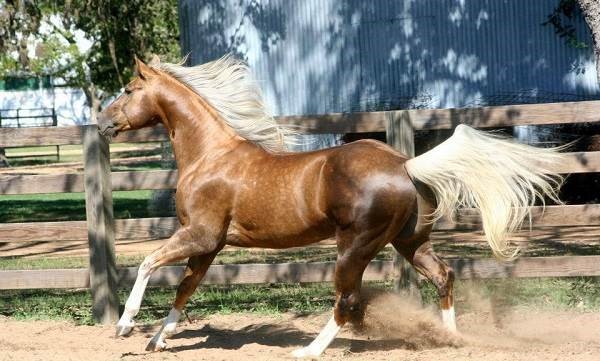 On a photo light-bay horse

Dark and bay horse – absolutely another. It is confused often to a crow in suntan or from the karakovy. The body top in this case almost black, area of a stomach is lighter, but not much more. This podmastok can be compared to color of dark chocolate. 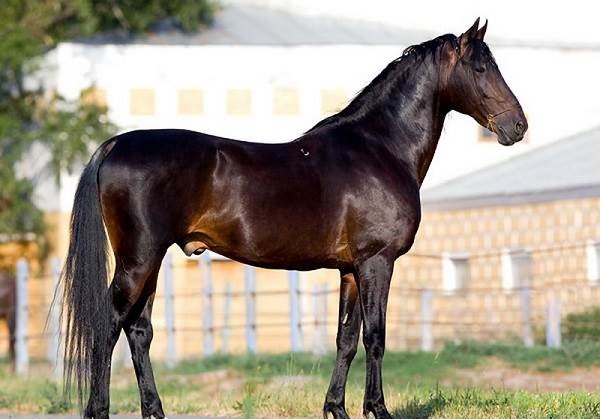 On a photo dark and bay horse

Podlasy horses are distinguished on light burn marks in eyes, a nose and a mouth, and also in inguinal area, on elbow bends and on buttocks. A deer-bay – combines in itself dark top and a light bottom, feet, as well as an other stage thus – black. 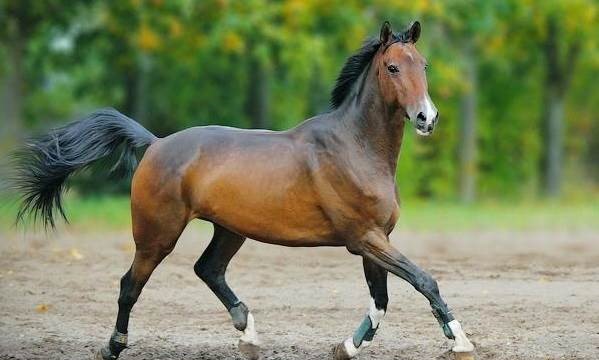 On a photo bay podlasy horse

Cherry and bay coloring, perhaps, the most impressive. Horses of such color differ in the saturated is red — a red shade of wool, and at dark copies it seems that a horse at all cherry.

The mane, tail and socks thus is more dark than primary color. In all beauty color is shown in sun beams when the horse is in the movement. Such beautiful podmastok is rather rare. 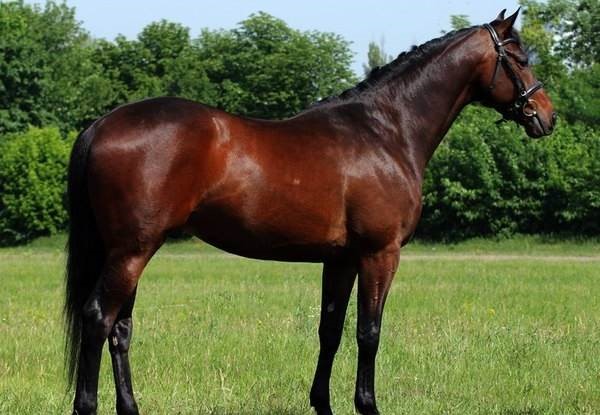 On a photo horse of cherry bay color

Chestnut suit explains everything by its name. These horses have a rich dark chestnut color. Golden — the brightest option of all the bay. The wool of these beauties has a yellow-brown color, cast in gold.

Karakova — the other extreme among the strips. This is a bay horse with a black mane and tail, characterized by a thick dark brown color of wool. 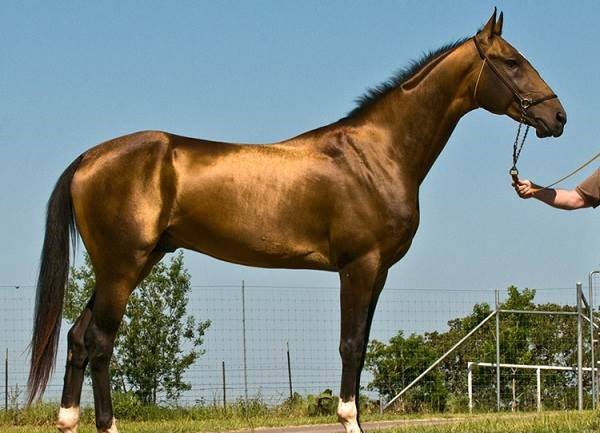 On a photo golden bay color of a horse

The people who don’t have due experience in determination of colors with ease confuse it to a crow, so her shade is close to the black. 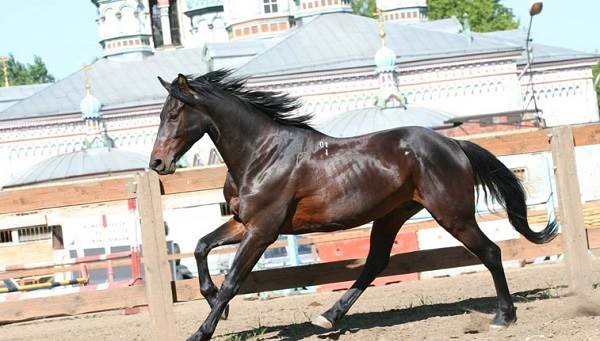 Leaving and maintenance of a bay horse

Bay horses, as well as other, it is necessary to contain in pure and dry stables where there are no drafts and dampness. The last can provoke serious fungal diseases which will difficult respond to treatment.

Daily hygienic procedures – an indispensable condition of good health of a horse. An animal every day it is necessary to scratch a brush, to rub off, examine hoofs regarding cracks. The horse regularly has to receive physical activities, at continuous stay in a stall, she will simply wither.

Clear water has to be always available to a horse. Horses – known vodokhleba, in day can drink to 10 liters on 100 kg of weight, and at one time – to 30 liters. 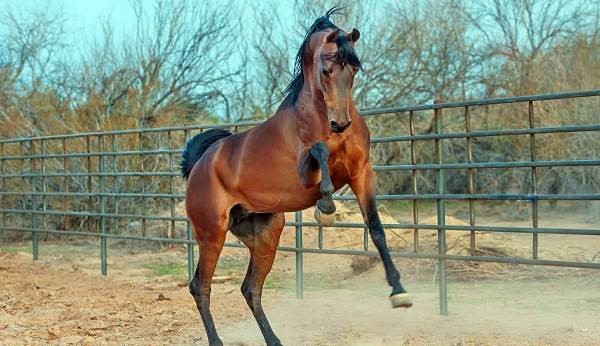 Food of a bay horse

The bay horse is fed in the winter with good hay and oats. There are also vitaminized additives to fill an organism with necessary microcells and vitamins. Salt and chalk – also necessary element of a diet. During the summer period the horse has to be daily on a pasture or receive a new-mown grass.

Price of a bay horse and responses of owners

That is interesting, the most expensive horses of the world, is universal the bay. Perhaps, because of the prevalence, the probability of appearance of a bay foal with outstanding external data and uncommon abilities is higher, than at other colors, and can they really special.

Not without reason Arabs have an old saying: «Don’t buy a red horse, sell black, care about white, and go on bay» — wisdom of centuries only confirms the existing statistics. 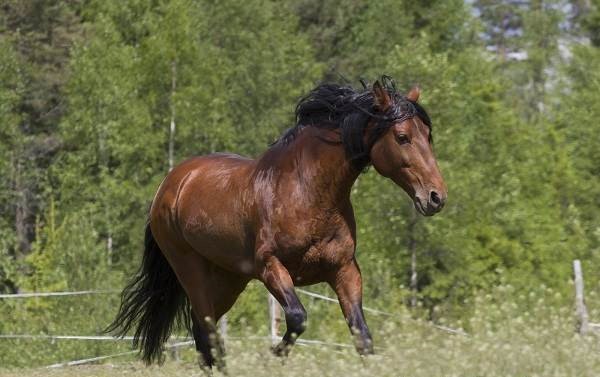 The absolute champion at the price is the thoroughbred bay stallion by nickname Monzhyu (Montjeu). It at one-year-old age was got by the prince of Dubai for fabulous 75 million dollars.

On the second place – an unsurpassed racer Sharif Danser (Shareef Dancer). This thoroughbred stallion of English blood has a perfect exterior and outstanding race indicators. His owner had to pay for so magnificent animal not less magnificent sum – 40 million dollars.

The rank of the most expensive in the history of a foal is proud the bay horse by the name of Greene Manki (Green Monkey), as, however, and a rank carries «the biggest disappointment in equestrian sport». 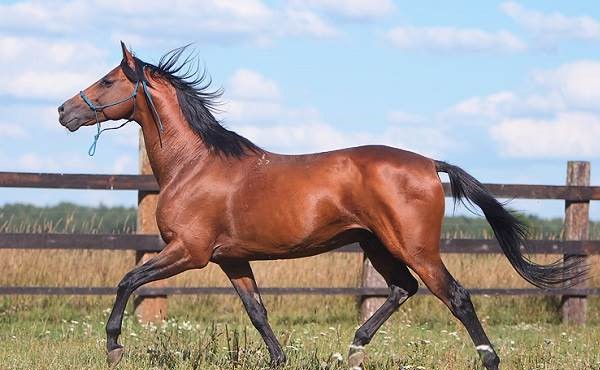 It was bought at tender age for 16 million dollars, never participating thus in jumps. Its family tree was so faultless that designated young Greene Manki brilliant career.

But the miracle didn’t occur – the stallion participated only in three competitions, the 3rd place became his best result. During all the time Greene Manki brought to the owner unfortunate 10440 dollars that is incomparable with his initial price.

The most expensive race horse – a bay color. The stallion by nickname Frenkel (Frankel) was never on sale, but at peak of sports career was estimated by experts at 200 million dollars.

Now the cost of a horse is a little lower, however, than him the owner, the prince from Saudi Arabia, doesn’t hurry to leave a favourite racer and says about his return to races. 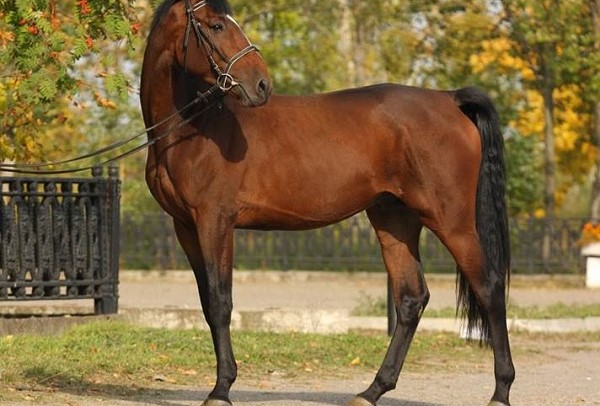 It is hard to say, how many at factory owners the bay will cost. Breed of horses, external data and a family tree in this question will be pricing factors. So to speak about some concrete figures – it is senseless.

Owners of bay horses note that they are more obedient and efficient, than representatives of other colors. Statistically the bay are least of all subject to various diseases, to what breed they wouldn’t belong. There is a hope, what after reading of this material, at many a question «bay horses are what?» will disappear by itself.

Photo of the bay horses riding at full speed on boundless open spaces of fields, their black manes fluttering on a wind to very few people will leave indifferent. Admirers of this color was enough at all times, though as British speak: «Good horses never happen bad color».