Peculiarities and habitat of chimpanzees

Chimpanzees in their usual habitat are found every year in smaller quantities. Relatively few populations are currently found in the tropical forests of Africa. 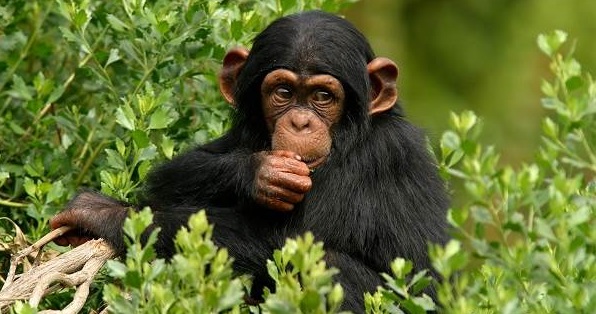 The weight of an adult representative of the species reaches 60-80 kilograms, while the height varies depending on the gender — the female — up to 130 centimeters, the males — up to 160. There is a separate species — the pygmy chimpanzee , whose parameters are much more modest.

The whole body of primates is covered with thick brown wool, except for some parts, namely, fingers, face and soles of the feet. In the photo of a chimpanzee you can see sly brown eyes.

In this case, the growing representatives of the genus Chimpanzees have a small area of ​​white hairs on the tailbone, which are subsequently replaced by brown.

This seemingly trifle plays an important role in the formation of primate behavior — as long as the hair on the tailbone remains white, the child is forgiven for all pranks and condescendingly treat his failures. As soon as the hair darkens, it is perceived along with the rest of the adults in the group. 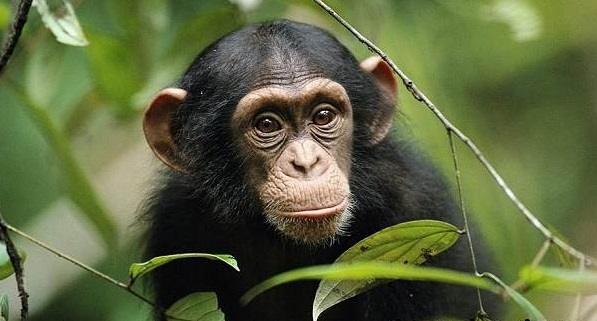 Mostly chimpanzee monkeys are forest dwellers. Eating vegetation, they lead a leisurely measured life, moving between trees, communicating with each other and resting in nests. The only situation that can bring this calm stream from the usual channel is the appearance of the enemy.

As soon as one of the monkeys of the group notices the approach of a predator, it starts screaming and screaming, giving its congeners information that everyone is in danger. The maximum excitement and horror reaches the group of primates, in the path of which there is even a small snake.

Relationships between members of the same group are the key to a chimpanzee’s quiet life . What social status of one or another monkey is an important question. 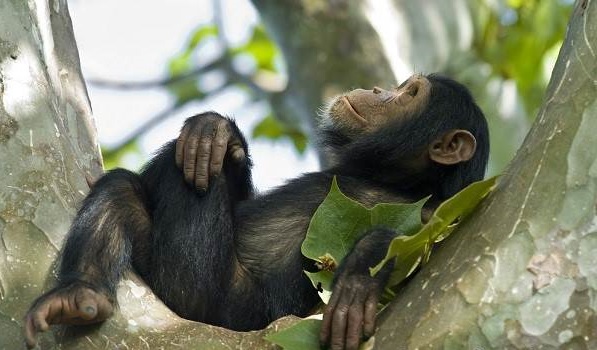 Through communication, they can save each other from danger, more fruitfully look for cereal places for eating. Juveniles learn by carefully observing the behavior of adults. The girls will learn how to properly feed and protect the young, young men — what gestures and movements can achieve respect in the group.

Thus, through imitation, young people learn basic norms of behavior, which they first perceive as a game, and then gradually enter adult life with a full set of “etiquette rules”.

Life in a group not only helps chimps to more efficiently obtain food, protect themselves and raise offspring. Scientists have shown that monkeys living alone, worse metabolism, reduced appetite, general health indicators are much lower than among community members. 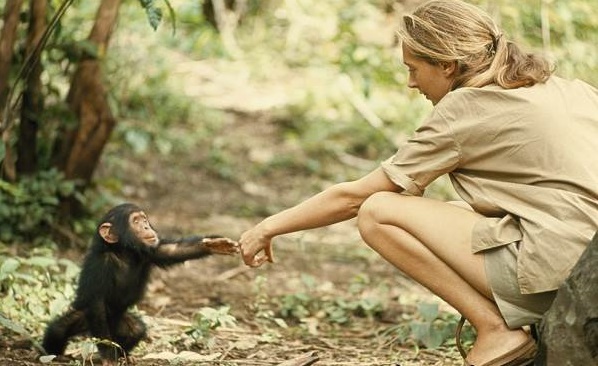 Chimpanzees and humans get along well together

It is because of the social nature that chimps and humans can easily live together. If the primacy got into the human family as a baby, he easily takes all the behavioral habits of people, and he learns to behave himself.

Chimpanzees can be taught to eat and eat with the help of devices, to dress, walk, and gesticulate like a person. In addition, scientists believe that individuals who have spent their whole lives in a close environment of people can easily perceive human speech and even communicate with people through sign language.

That is, to meet the talking monkey is quite realistic, only it will be expressed with the help of moving fingers. On the Internet you can find a lot of chimp bots that generate monkey speech using a computer program, however, these are just bots, they have nothing in common with live primates.

In terms of education and ease of learning, males of chimpanzees are considered to be more malleable and intelligent, at the same time males can carry a hidden threat to humans, since no one has repealed the instincts of domination. Females are considered less intelligent, but more devoted.

The main food products of chimpanzees are fruits and green parts of plants. At the same time, fruits — juicy fruits — root parts and monkey vegetables are eaten only during the period of extreme need.

Given the large weight of primates and food consumed, they need to eat most of the time to keep fit. That is exactly what they are doing — moving quickly among thick trees, chimpanzees are looking for fresh fruit.

If the representative of the group came across a suitable tree, he informs the rest. Depending on the season, the time the monkey spends eating a meal makes up between 25 and 50% of the total wakefulness time of the primate. 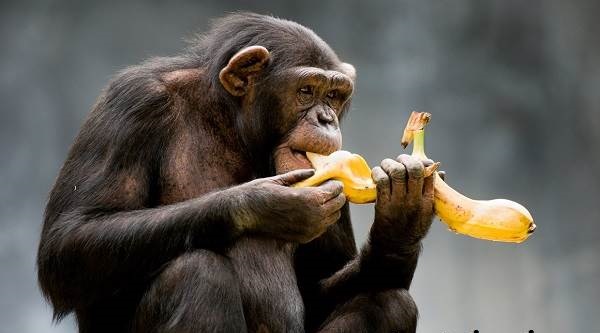 In addition to the green parts and fruits of plants, chimpanzees can eat soft bark and the core of the stems, in addition, in spring, primates in large quantities absorb flower petals. As for the nuts, most chimpanzees are not amateurs, although, of course, there are individual exceptions.

Opinions of scientists differ regarding the use of live food by monkeys . So, some experts adhere to the theory that chimpanzees eat small animals and insects, however, in small quantities and only in autumn. Others believe that such delicacies are present in the diet of primates constantly.

Reproduction and lifespan of chimpanzees

Chimpanzees do not have a static breeding season — it can happen any day at any time of the year. The pregnancy of the female lasts about 230 days, that is, 7.5 months. 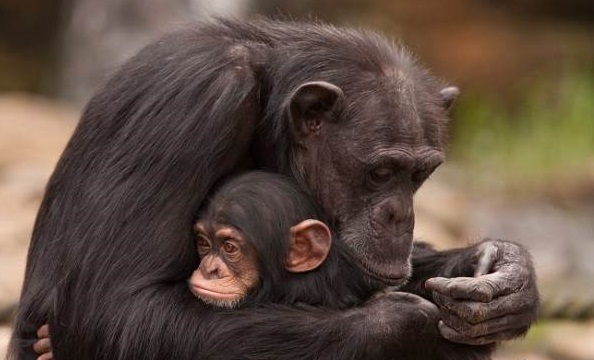 In most cases, the female gives birth to one cub and is actively engaged in its protection and education. Given the fact that a small monkey is born, it is almost defenseless, without the care of a mother, it has no chance of surviving.

In this, primate behavior is very similar to human behavior. The baby is born with light, spongy wool, which only later gives way to dark.

The mother is closely tied to the calf and for the first few months does not let go of his hands, carrying him on his back or stomach. Then, when the little monkey is able to move on its own, the mother gives her some freedom, allowing her to play and frolic with other children and teenagers, or with adult members of the group. 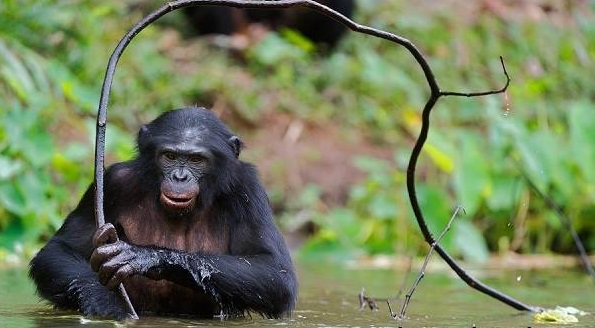 Thus, their relationship is built a few more years, until the full maturation of the cub. Females usually become adults, that is, ready to mate, in the period from 6 to 10 years, males — at about 6-8 years of age.

In the wild, the average life expectancy of a healthy chimpanzee is up to 60 years, although such long-livers are rare because the forest is full of dangers, and the older the monkey, the harder it is to avoid them.