Description and features of the tail girdle

Belttail (Latin Cordylidae) is a small family of reptiles of the order lizards. The family includes about seventy species, depending on which they are distinguished by lizardtails by size. On average, the body length of reptiles ranges from 10 to 40 centimeters. 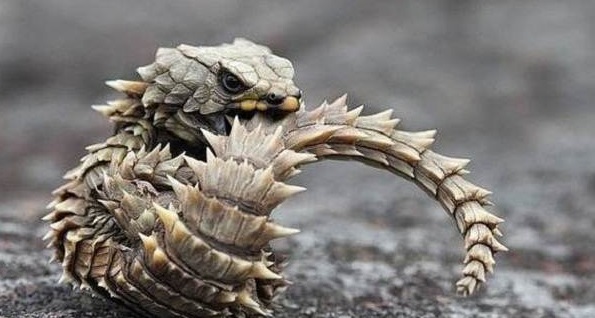 Out of the whole variety of species, it is possible to conditionally divide all zone tails into two types:

— Belttails that do not have or have very small limbs in the form of paws, the main type of such reptiles are Khamezaura (Chamaesaura);

— real bellowtails — most species of the genus, which have four five-fingered limbs.

The first type is represented by a small population of reptiles, having a serpentine elongated body. The tail is usually brittle and at danger the lizard often throws it away. Representatives of the second type are much more diverse. Of them stand out a few of the most basic, such as:

The body structure of all these species is very similar and differs in size. For example, the length of the East African belt tails , which are small, does not exceed 20 centimeters, while the giant belts reaches 40 centimeters. All these species have four short but rather powerful paws that have claws on their fingers. 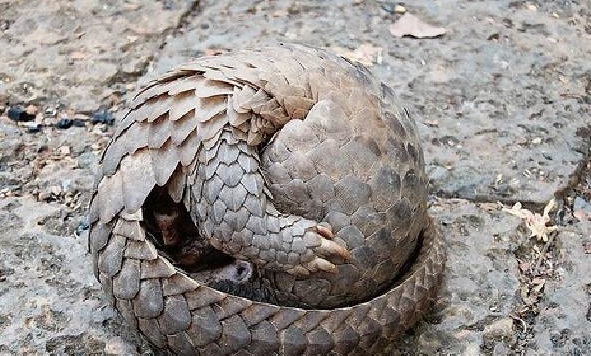 The body of these bellows is covered with large scales, it is stiff on the back and creates a kind of protective shell, on the belly is less developed and represents a vulnerable spot.

By the end of the tail, the scales are arranged in circles around the rim of the body and create peculiar belts that end in peculiar spikes, because of this structure of the body this family of lizards was called the tailtail. Externally, the waisttail looks like a little dragon from a fairy tale, which is why it attracts such people’s attention with its appearance.

Unlike all other lizards, these reptiles live in large groups of about 50-70 individuals. In such families, there are two or three females for each male. Males protect the territory of the group from other lizards and small predators. 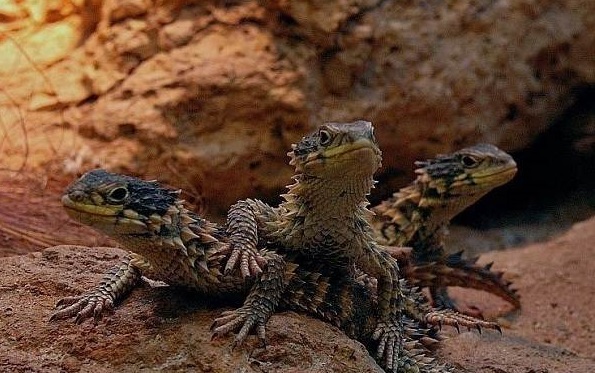 The color of these lizards is varied and highly dependent on the specific habitat, but mostly they are brown, green-yellow and sandy shades, although there are species that have red, golden and bright green body pigmentation.

Belttails are unique hunters and have pleurodont type of teeth growth, this means that when old or broken teeth fall out in their place or new ones grow nearby.

The animal zygohvost prefers to live in arid climate, therefore, it has spread to Africa and the island of Madagascar. The main habitat of its habitat are rocky and sandy areas.

Some of the few species live in open grassy areas and rise quite high in the highlands. Belttails are day-dwellers and are active for 12-14 hours only during daylight hours. At night, they go to rest in their shelters in the form of crevices, holes and a placer of stones.

To protect against danger, these animals have quite interesting methods: the small sash tails curl up into a ring and bite their tail with the jaw with such force that they cannot be unhooked, thereby forming a studded ring, and protecting their most vulnerable spot — the stomach, ordinary and giant hiding between stones and in crevices, where they swell to large sizes so that the predator could not pull them out. For a proper understanding of how the reptile twists in a ring, you can look at the photo of the belt . 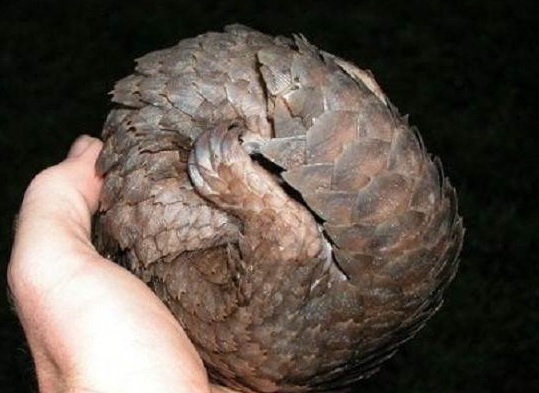 Not all bellow tails can exist in captivity. Only a few individuals of certain species, including the small bellows, can be tamed and can live in terrariums of zoos and at home. This family of lizards is afraid of people, and if they wish to take it in their hands, they will always flee and hide.

For the most part, zonahovosta eat vegetation and small insects . Some species, mostly giant sashtails , are eaten by small mammals and lizards .

The skin of these reptiles perfectly absorbs and accumulates moisture, so they can be quite a long time without drinking water. In winter, during the driest period, these reptiles may hibernate, thus experiencing a difficult time. 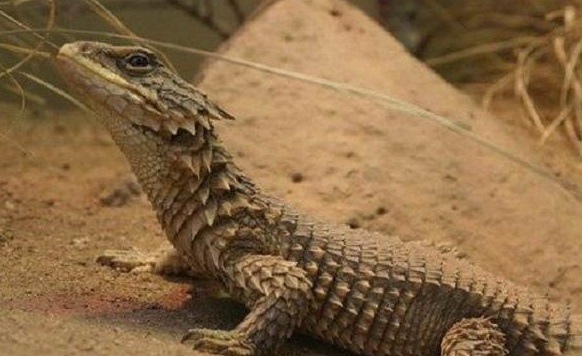 Belt tail at home to the food is not very picky and feed him all the same insects meal worms, crickets and grasshoppers. Large lizards can sometimes throw a mouse. Feed these animals should be no more than 2-3 times a week, depending on the physique of the lizard and its size. The water in the terrarium in the drinker should be constantly.

The beltstails are amazing reptiles, among them there are egg-breeding, egg-laying and viviparous animals. Males reach sexual maturity by three years. Kamezauri are ovoviviparous species. Once a year, at the end of summer, the female gives birth to 4-5 cubs up to 15 centimeters in length. 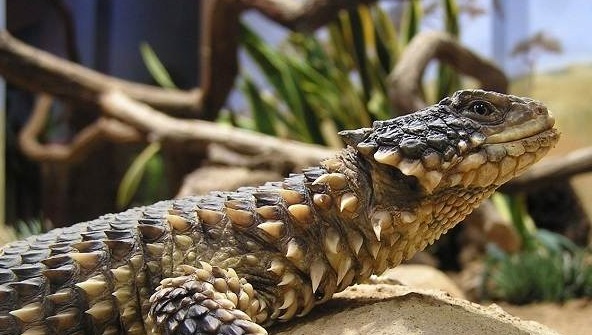 Small belts are mostly viviparous, females are ready for conception only once a year and give birth to no more than two young in autumn. After birth, the offspring can immediately lead an independent way of feeding and living, but, unlike other lizards, in the crested tails, the young still remain near the female for a long time. Almost immediately after the birth of the offspring, the female is ready for conception again. Reptiles live in the lap of nature for quite a long time, up to 25 years. Domestic bellow live for 5-7 years.

It is not easy to buy a zonaohvosta , and even its price will frighten many at once. For example, the cost of one individual of a small belt-tail starts from 2-2.5 thousand Euros, which in terms of Russian rubles goes to 120-170 thousand. Not everyone wants to lay out that kind of money for a pet. 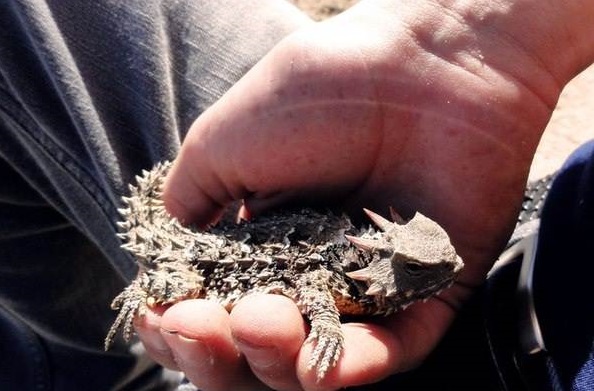 Above all, catching the zayozhvostov is not completely legal, because they are protected at the legislative level — the government of the Republic of South Africa has entered them in its national Red Book.

In world legal practice, the tails are protected in the form of the “Convention on International Trade in Endangered Species of Wild Fauna and Flora”. But, anyway, they are still caught and sold.

The price of the belt of the tail depends strongly on whether the sex of the reptile is determined, because it is very difficult to do, and for those who breed and breed lizards this factor has a very important aspect.

There are no pronounced sexual differences in the zonakhovosta, more often males are simply larger than females, the latter have a more correct visible triangular shape of the head and an accurate determination of the reptile’s sex is possible only after the female gives birth to the previous young. 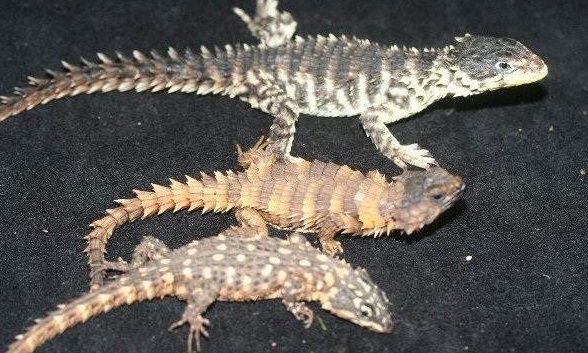 In addition to the cost of the reptile itself, we should not forget about the equipment that is necessary for keeping the lizard. For belts are needed a fairly large terrarium, unlike other types of lizards . Be sure to have a heated lamp in the terrarium, because these reptiles like to be in the light and under the sun.