Probably, it is difficult to find a man who spoke with affection about the earthen toad. On the contrary, they come up with various fables, for example, some people think that the touch of amphibians can cause warts, or even death. 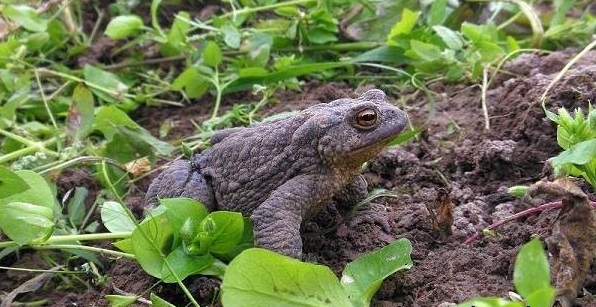 And few people know that they are orderlies of agricultural crops. That is, they cope with insects that birds can not catch. Since toads are nocturnal, as are most garden pests.

If we consider the geographical habitats of earthen toads, then we can see them both in wetlands and in arid deserts, forests, meadows. In any case, should be near the reservoir. It is there that they spend the mating season and spawn. This is a feature of all amphibians.

Character and way of life of the earthen toad

According to the description, the earth toad is estimated at 579 species. In Russia, only six species are known. The photo is a common gray toad. The most common view in the Far East, Central Asia.

Adults individuals are 7 cm long, and the width is almost one and a half times longer — 12 cm. The back is of a dark color with warts, and the belly is with lighter tones. 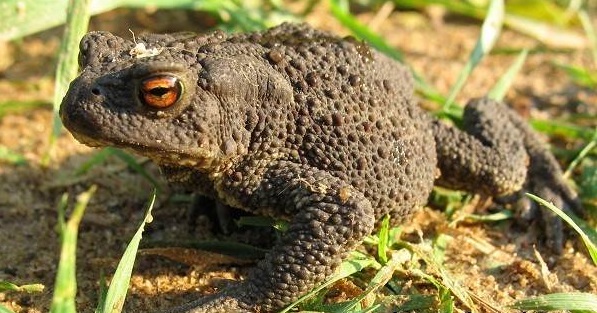 Far East. The habitat of the fauna is floodplain meadows, shady forests. The color of the back is gray with bright spots of black-brown shade, covered with a surface of warts.

Belly light shade. Females differ from male individuals in larger sizes. The eyes are red. There are spikes on the legs. Sakhalin, China, Korea is called a habitat.

Green The color of the back is gray with open spots of marsh color. An animal as if in camouflage, well disguised from enemies. Therefore, it lives freely in the meadows with a small grass. Jumping toad can not like a frog, but prefers to move slowly.

In the photo green toad

Caucasian. It overtakes all its fellows in height, which varies from 12 to 12.5 cm in length. Adults of gray tint with brown notes.

Younger specimens are highlighted in orange. The homeland of animals is the Western Caucasus. They can be found in mountainous areas, sometimes in caves, if there is high humidity. 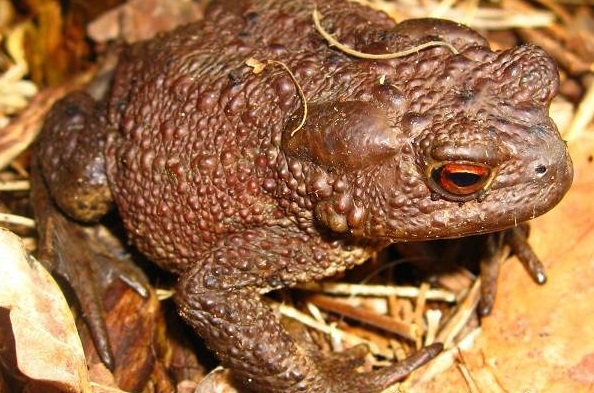 Reed. It has a great resemblance to the green toad. It is listed in the Red Book, as the view is on the verge of extinction. Motherland — Kaliningrad region, the Baltic States, Belarus, Switzerland. He likes places near water bodies — shrubs, marshy lowlands. 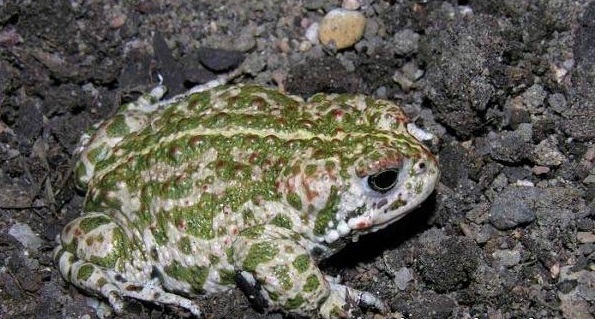 Mongolian toad. It lives in Western Ukraine, the Baltic States. Warts on the back of females have a smooth structure, which cannot be said about males — they have spikes. Color gray with olive spots. And all of them are of different shapes and sizes. The abdomen is light with no signs of spots. 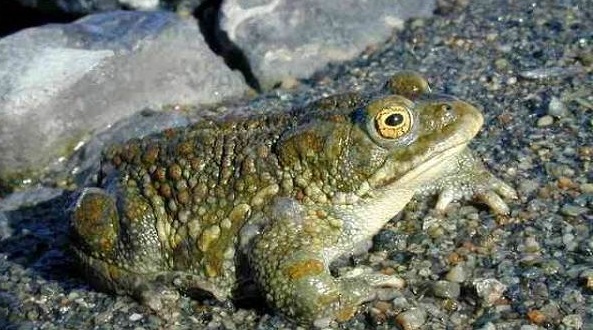 In the photo Mongolian earthen toad

Sometimes animals can live in the cellar, where vegetables are stored for the winter. This is quite natural. After all, if there is moisture, this is the native element of toads. Before removing the earthen toad from the cellar, some measures should be taken:

1. In the summer, open the cellar and pull out all your equipment to dry. While the racks are dry, conduct insulation in the basement. To do this, remove the top layer of the floor and cover with sand. Thoroughly ram everything.

This will serve as a cushion for waterproofing. Then, cover with a film the ground part and fill with concrete. Wait until it is completely dry and proceed to the walls and ceiling.

Carefully inspect everything for the presence of cracks, if there is also to cement the surface. To process walls, a ceiling with lime or any protective agents from a fungus. Now you can make dry racks. 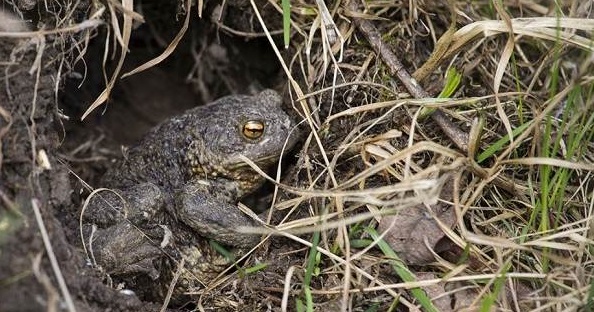 The toad is mostly nocturnal. The exception is rainy weather and sunset. Then the predator goes hunting. All spineless insects, slugs, butterflies, and spiders fall into her diet. The signal for a prey raid is the slightest stirring of an insect.

Often, due to its clumsiness, animals fall into wells, cellars. Then their life ends in confinement. But they continue to exist and feed on those small things that end up, for example, in a well.

The toad has always caused people to dislike and its appearance in the garden, is considered an adversity. But, knowing what earthen toad eats, you cannot call it anything else as a site cleaner. During the day, the earthen toad in the garden eats up to 8 g of insects.

If the birds do not hunt pests in the garden at night, night nurses will take care of this. So what is the earthen toad, and what does it do when settling in the garden, to my benefit or harm, in my opinion, the answer is clear — from the toads only benefit to the crops.

For some reason, these orderlies do not like many and are looking for ways to get rid of earthen toads:

1. The site should be cleared of wood waste so that the animals would not be able to hide.
2. If there are dogs, do not leave leftover food in a bowl.
3. Exclude access to water. This will not only scare away the toads, but also insects that love moisture.
4. Sprinkle the paths with rock salt.
5. An effective method is the use of pesticides.

Reproduction and life expectancy of the toad

Before spawning, it should be recalled how the offspring of earthen toads hatch. The animal approaches the reservoir in the mating season. For temperate climates, this is spring; in the tropics, this is the rainy season. They are already awaited by the males, making unusual sounds. Two individuals mate. As a result, the roe is fertilized. 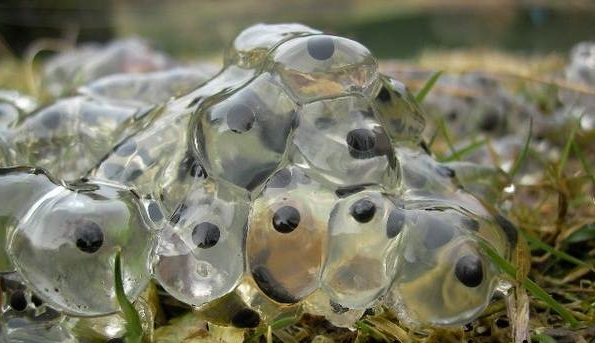 Although the toad is earthen, the process of obtaining offspring takes place necessarily in the water. We will understand how the earthen toads reproduce in the reservoir. Animals spawn, which has an interesting feature of appearance — is a thin string.

In some species, it can reach 8 meters. After the caviar enters the reservoir, it can be at the bottom of it or twist the water reeds.

Tailed tadpoles appear from the roe and continue to exist there. In about two months, the young individuals are ready for terrestrial life and move to land. The following year, the earth toad is ready for procreation.