Echinococci belong to the genus of cestodes, the family teniid. This group includes 9 groups of parasitic worms . The larva, which enters the host organism, provokes the development of the disease of echinococcosis. 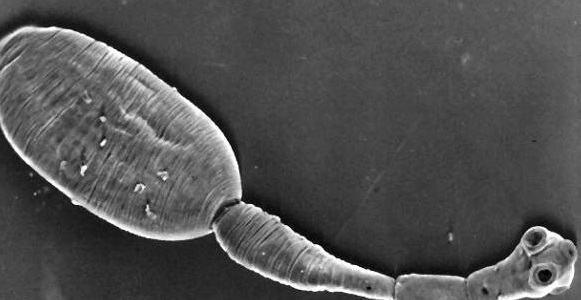 It grows slowly, so the disease manifests itself after 50 days. Some scientists talk about echinococcus, imply a cyst, formed from the helminth.

Features, structure and habitat of echinococcus

The region of distribution of individuals of parasites is unusually unlimited. Representatives of worms can be found in the Americas, in Africa, Southern Europe, China, in the Middle East.

The disease affects many livestock farms in Bulgaria, Greece, Spain, Cyprus, Brazil, Argentina, Australia, and India. As for Russia , it is possible to identify areas with the highest incidence of the disease: Tatarstan, Bashkortostan, Khabarovsk Territory, the Altai Republic.

A person is infected with a parasite in contact with a sick animal , or by eating mushrooms, berries, fruits that are already infected. There is no racial predisposition to the appearance of the disease.

Children more often stroke stray dogs , so the risk of infection with echinococcosis increases. The liver and lungs are the places where the worm most often settles . A case was recorded when an echinococcus was found in a heart bag. The structure and description of biohelminth is determined by its stage of development. 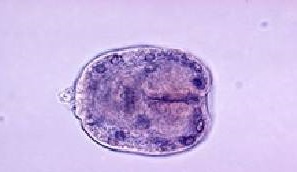 In the photo an individual of an echinococcus under a microscope

The small cystod is represented by 3-4 segments connected to each other. Worm Dina 2.5-5 mm, width from 0.7 to 1 mm. The individual of the scolex is “supplied” with 40 hooks and 4 suckers. The first two segments are not capable of reproduction, the third is hermaphroditic, the fourth is mature. It is a womb full of eggs.

The nature and lifestyle of echinococcus

Echinococcus refers to parasitic worms. He can live in almost any organ of the host. The liver, kidneys, spleen, pelvic organs, and kidneys are not all examples of worm “dislocation” sites.

If the worm lives in the host at the larval stage, its life can be as long as the host. The tape form of the parasite lives up to 3 months, then it becomes sexually mature. Echinococcosis is characterized by a stadial course of development.

Echinococcosis is dangerous with its consequences:

Seeding occurs in the cavity of the internal organs. For echinococcus is characterized by the ability to grow into the tissue. The liver echinococcus has a tendency to wade into the lungs, kidneys, and metastasize to the diaphragm. Violation of the integrity of the bladder is very dangerous because it causes allergic shock and abscess.

The cycle of life and development of echinococcus involves several stages:

In the body of the first, the echinococcus lives in the phase of the egg and the larvae, in the body of the second — as an adult. It also multiplies. Biohelminth chooses human and livestock as an intermediate host. For the parasite, the settlement in the human body is the end. The main owner of an echinococcus is a dog.

Worms do not have a developed digestive system. They absorb food by the body surface. In the scientific literature there is no reliable information about what type of food is biohelminth. Korea of ​​all, he is omnivorous. In the human body, the echinococcus sucks up the digested food. In addition, he has teeth-hooks with which he destroys the vessels of the body.

An adult individual of the echinococcus worm lives in the small intestine of a dog, a fox, a wolf. Mature parasites leave the eggs in the intestines of the host. This process occurs by separating the segment with the offspring. 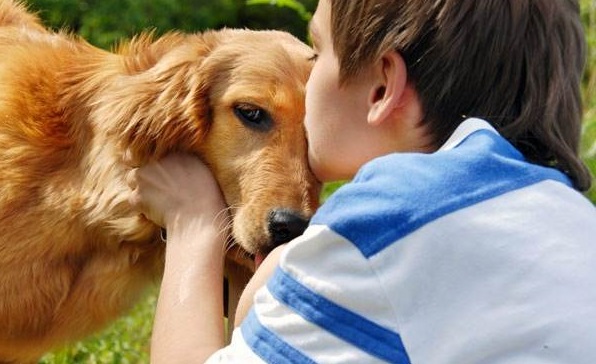 Segments can move, move in a grass and the soil. The rupture of the bubble contributes to the fact that the eggs of echinococcus are distributed over a large area. The egg size is 35 micrometers, which makes it impossible to immediately determine whether an infection is present. The echinococcus worm forms after 90 days.

Finn can breed asexually. Inside one big Finns many small ones are formed, in which heads are formed. Finn grows over the years.

There is a case when the worm in the Finns stage weighing 50 kg lived in the liver of a cow. The germ forms slowly. Finna after five months can reach 10mm. It stops growing after 25-30 years.

The ability for asexual reproduction is a distinctive feature of the Finnish echinococcus. The bubble where the eggs are stored is very dense, it is filled with liquid. A new generation is developing inside it, forming from the heads of future worms of echinococcus.

The illustration shows the echinococcus in the process of dividing

In order for an echinococcus to pass to the last stage of development, it must fall into the body of a predator or a dog. Echinococcal heads must be alive. Owners who feed their pet with fresh meat and by-products of infected animals run the risk of infecting it with parasites of the worm.

It happens when an infection occurs after a dog has eaten the remains of carcasses of fallen herbivores or livestock. The echinococcus worm becomes fully formed after 3 months.

The man for echinococcus is an optional host . Depending on the location of the bladder, echinococcosis can proceed without any pronounced symptoms for a very long time.

Sometimes, a visit to the doctor occurs a couple of years after the moment of infection. The tissues of the affected organ are rapidly destroyed and put pressure on neighboring organs. If the contents of the bladder are poured into the body cavity, this means multiple infections with echinococcus . 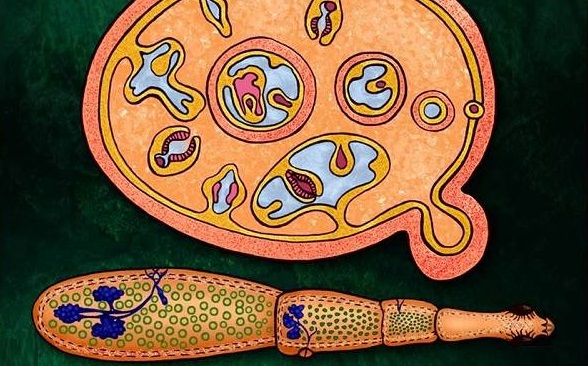 Each piece of tissue or bubble head can sprout into tissues and organs and form new bubbles. With pulmonary echinococcus, a person may die if the bladder is damaged or collapses. The most effective and widely used method of treating echinococcosis is surgery.

In Russia, the prevalence of echinococcosis is explained by the abundance of large livestock on farms, as well as herding dogs, grazing domestic animals. As a rule, these are large farms in the northern areas where reindeer breeding is developed.