Содержание скрыть
1 Garden dormouse. The squirrel mouse with a sociable character
2 Features and habitat
3 The nature and lifestyle of the garden sony
4 Nutrition
5 Reproduction and longevity

Garden dormouse. The squirrel mouse with a sociable character

Cute little animal with an expressive little face fully justifies its name. An amateur hibernating for several months after waking up affects the activity and inconspicuous ability to live. 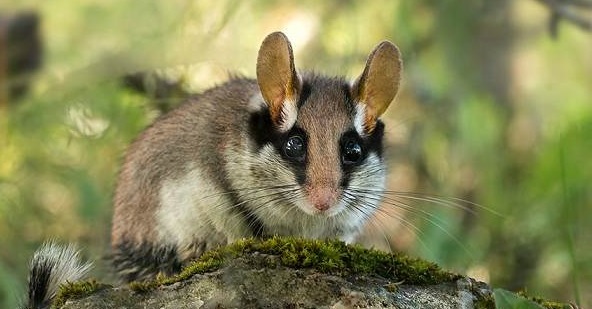 A mammal rodent will not give out anything, but it will leave visible traces of being in a garden or a country house. Surprisingly, domesticated dormice are quite sweet and kindly creatures.

Sony, or mushlovki, small size, smaller rats. Their ancestry was mentioned by Aristotle. Body weight up to 80 g by the middle of summer, length of an individual up to 15 cm. Long tail of a tricolor coloring up to 13-14 cm. At the end there is a flat brush of white hair.

Pointed muzzle with antennae of hairs of different lengths is quite expressive. Ears of a rounded shape, turn in the sound source alternately. Dark eyes with a black eyeliner to the ears on a bleached gray-red coat give the muzzle a slightly predatory look. 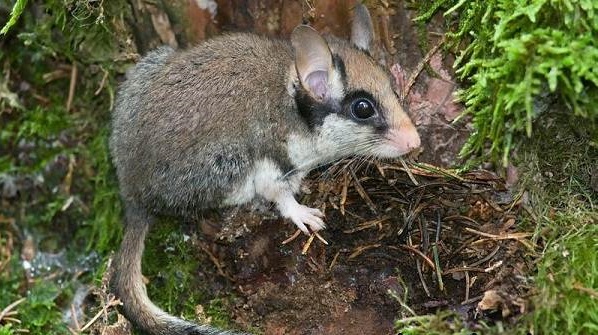 The abdomen, breast and cheeks are covered with white hair, and the top of the back is brownish-brown. With age, the fur coat of the animal only prettier, it becomes colorful. The hind legs of the garden sony are larger than the front. This feature distinguishes many congeners of the sononeva family. The paws are pulled forward. According to the description, the garden dormouse looks like a large mouse with a thick tail.

Sonia lives in mixed and deciduous plantings in the territory of central Russia, in Belarus. Garden dormouse in Ukraine is also not uncommon. It is found in old gardens and parks of residents of European countries and America. He likes to look for a visit without permission in the country houses. The neighborhood with a man is attractive to a rodent. 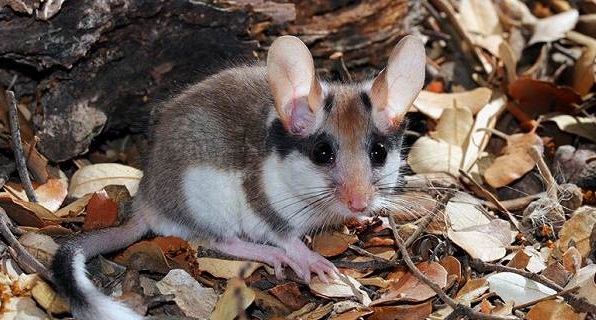 Kindred sony-polchki and forest sony are clamorous, and a gardener rarely pretends to be her voice. Therefore, to detect the stay of the animal can be difficult. If Sonya is forced to “speak”, then they make a funny sound, similar to the chirping of insects.

You can catch a dormouse in the built houses for birds: birdhouses, titmouse. Rodents are taken into the hollows, bird nests. They love cluttered places and abandoned monasteries, where it is easy to hide from the extra eyes and to profit by something.

In recent decades, there has been a decrease in the number of rodents, in places they have simply disappeared. In the Red Book, the garden dormouse was assigned to vulnerable species. The reasons for the decline in the population have not been reliably established. 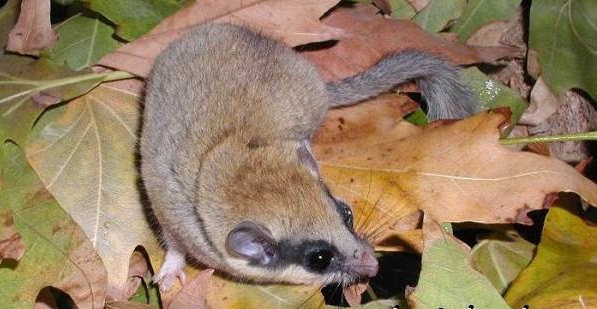 They suggest the crowding out of the animal by a strong gray rat or fires, deforestation, with which Sony’s vital activity is closely connected. At the same time, experts point out the particular flexibility of the species to the diversity of food and habitat areas.

Penetration into storage rooms with reserves, revisions of sheds and attics will not leave animals without food. Coniferous, oak, mixed forests, mountain areas up to 2000 m are attractive zones for the settlement of garden dormice.

The nature and lifestyle of the garden sony

Activity of animals increases at dusk and at night. But in the marriage period there is not enough time, so Sony even in the daytime is busy. They build dwellings in abandoned nests, old hollows, birdhouses, empty burrows, under the roofs of buildings or in secluded places of old outbuildings.

They do not climb very high, settle down predominantly low above the ground, or climb into the roots of trees, into hollows under stones, rotten stumps. The ball-shaped nest is built from grass, feathers, moss, feathers and twigs. Inside the dormouse, the surface is covered with wool to warm the cover, and outside it is covered with leaves. 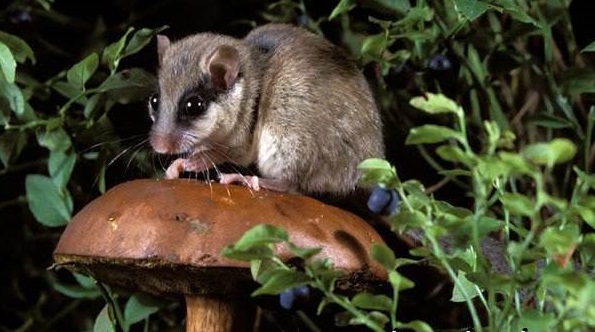 In the spring the life of the animals returns to the active direction. They leave odorous marks. The rutting period begins. There are interesting facts in attracting partners. Garden sony call for a couple whistling in a pose column. Paws hold pressed to the chest and, transfixed, listen. If the signal is received, a mutter is heard.

Rodent can be considered omnivorous. Sonia food is sought everywhere: on heaps of brushwood, in wood crevices, in the attics of country houses and storerooms. Invasions in home gardeners are ruinous for owners.

A rodent per night can try all the fruit stocks: pears, apples, peaches. He deftly moves through the trees and ruins nests, stealing chicks, small birds, eggs. Sony is funny to catch the front legs of flies, moths, bumblebees and wasps. In the southern regions of Sony eat snails, deftly crushing the shell and extracting the contents. 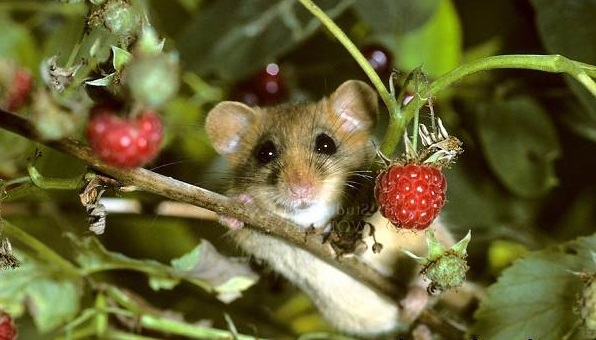 Animal food occupies the main place in the diet. The animal eats insects, slugs, feeds on ants, caterpillars, bugs, grasshoppers, catches small voles, mice. If there is a shortage of animal food, then after a week the animal falls into a stupor.

Rodents find the main food both on tree trunks and on the ground. Here they are attracted by berries, plant seeds and fallen nuts. Prey are earthworms, lizards and even snakes. Eating occurs in the pose of a squirrel, that is, sitting on its hind legs, holds prey in its front legs.

In a hungry time or after winter awakening, the animal is aggressive and can even attack a relative for food. It is interesting that, in general, among peace-dwellers a peaceful attitude towards their own kind reigns. 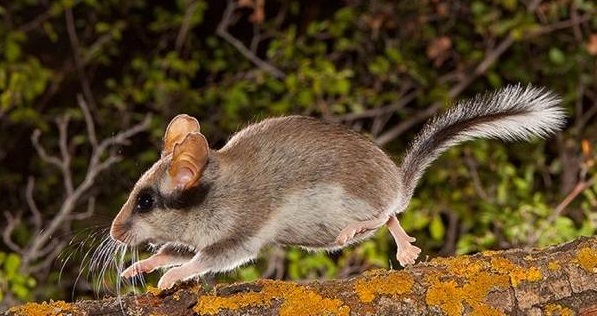 Rodents do not make supplies, but they bring pieces of food to shelters in order to safely eat their prey. By the autumn the animals gain weight so that the fat is enough for the whole wintering. Domesticated animals are fed alternately with vegetable and animal feed, including raw meat. Availability of water is very important for the diet.

The breeding season of garden dormice begins in May and lasts until the end of June. Couples form and stick together only until the appearance of offspring. Pregnancy lasts 25-30 days, then appear from 3 to 7 blind pups.

Bald, blind, deaf babies feed on mother’s milk first. The female takes care of the offspring. In the event of a threat, she takes the babies by the scruff of the neck to a safe place. On the 21st day of life, eyes open, then they quickly grow stronger.

Monthly offspring begins to move to independent feeding. Grown up kids move behind the mother in single file. The first one clings to the mother’s fur, and the rest clings to one another for teeth or legs. This caravan of garden dormice. The picture of this movement reflects the manifestation of maternal instinct and affection of the young of one offspring. 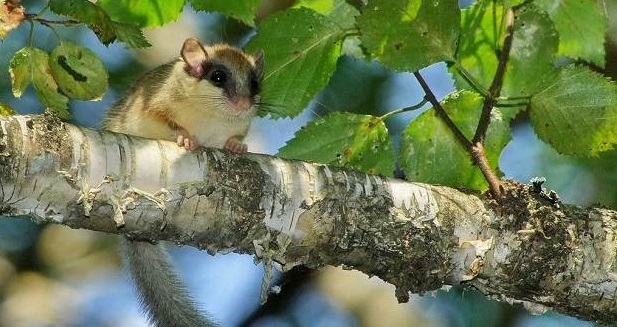 During the year, the offspring appears twice. Babies of two months old become independent. A small fecundity in comparison with other rodents is compensated by a long lifespan of up to 4-6 years.

Under natural conditions, there are many threats and trials, but domesticated dormuses increase the life span. They quickly gain weight, lose mobility, the offspring appears in different seasons.

You can buy garden dormouse on the Internet, pet stores and nurseries. They are called mouse proteins for home keeping. Pets quickly adapt, become tame and conquer the owners with a cheerful disposition. 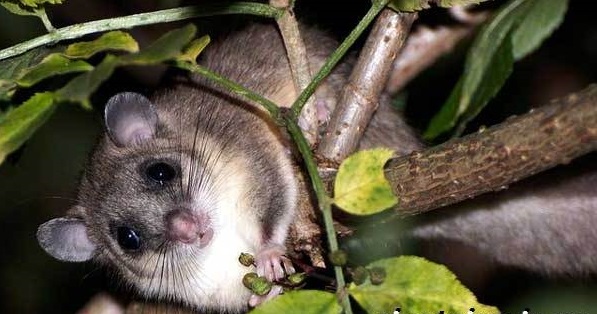 Out of caution, it is better to communicate with them in gloves, but if the animal is raised among people, then the animal does not show aggression, feels fearless on its hands, allows it to iron and scratch its fur.

For a comfortable living Son needs a spacious cage, a height of at least one meter. The bottom is covered with sawdust or lined with moss, placed inside the snag, trimming trunks with hollows, various branches.

Sonya will choose a nook for building a shelter. You can keep together a couple of animals, they peacefully exist, they even sleep side by side with a barrel. Due to the decrease in natural abundance, interest in the domestication and breeding of animals is increasing.