There is a detached family of one species in the detachment of the stork-like. This is a very interesting bird, which is called the hammerhead. This feathered is a direct relative of the Tsaplevs and Storks. 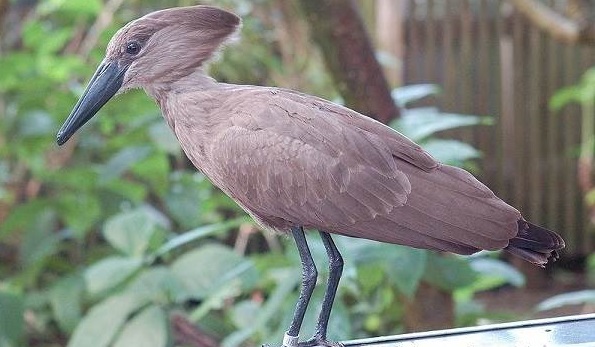 This name is a bird deserved due to its appearance. Its head shape has a sharp beak and a wide tuft that is directed backwards. All this strongly resembles a hammer.

Features and habitat of the hammer eye

The hammerhead bird is of medium size, looks very similar to a heron . Beak and paws it has a moderate moderate length. The bird’s wing reaches from 30 to 33 cm. The size of its body is 40-50 cm, and the average weight is 400-500 g.

In the color of plumage brown tones prevail, it is distinguished by its density and softness. The beak of a feathered straight, black, limbs of the same color. Its crest is noticeably curved and compressed at the sides. A distinctive feature, judging by the description of the moltaoglag, is his crest, the feathers of which are directed back to the back of his head 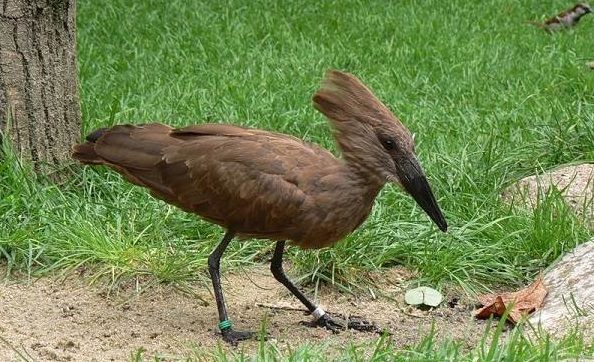 The legs of the bird are strong, the fingers are of medium length, which makes them too close to the ciconiiformes. On the three front fingers of the bird , small membranes are clearly visible. On the underside of the claw of the front finger, a scallop, like the scallops of herons, is visible.

When a bird flies, its neck is drawn out, forming a slight bend. The neck has an amazing ability to retract and pull out of the body. It has an average length.

The female has no distinctive features from the male, nor can they be distinguished in the photo of the hammer-eye or in real life. These birds lead an active lifestyle at night or at dusk. Therefore, they are often called shadow herons.

Hammers are inhabited in Africa , just south of the Sahara, in the south-west of Arabia and in Madagascar . They prefer swampy terrain, areas adjacent to slow-flowing rivers and thickets. 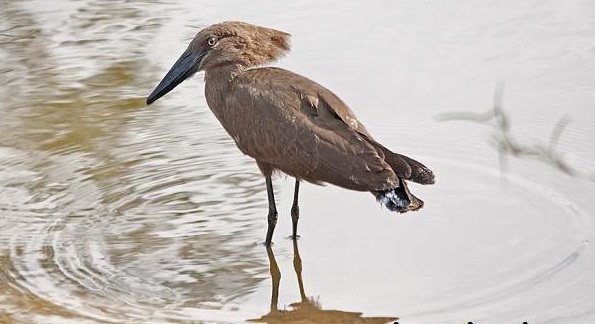 To build their sturdy large nests, these birds use branches, leaves, brushwood, grass and other suitable material for this. This is all fixed with the help of silt or manure. The diameter of the nest can be from 1.5 to 2 meters. Such a structure can be seen not too high in the trees.

The nest consists of several rooms. The bird masks its entrance well and makes it to the side of the building, it is sometimes so narrow that the bird can get to his home with great difficulty. To do this, flying hammerman, carefully presses the wings. Thus, the bird protects itself and its offspring from potential enemies. 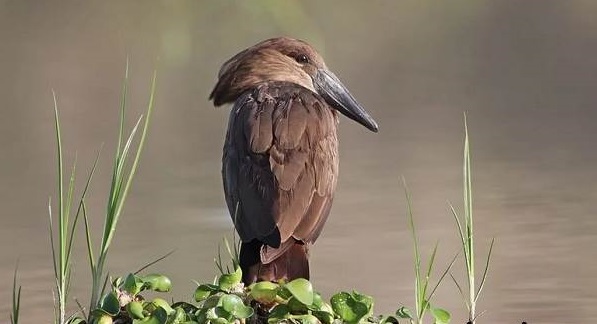 In order to build a nest at the hammerheads takes several months. These buildings are among the most interesting in Africa. And not only externally. Birds tastefully decorate their homes inside. Everywhere there you will notice beautiful tassels and scraps. You can see several such structures on the same tree. Couples of these birds are loyal to the same as they are neighbors.

The nature and lifestyle of the moltaoglava

These birds try to keep mostly alone. Often among them and couples are noticeable. There is no pattern in this. Most often you can meet them in shallow waters, where you can find food for yourself.

The hammerheads roam, trying to scare away the small inhabitants of the reservoirs in order to eat at them later. The hippopotamus spin serves them as a great platform during the hunt. 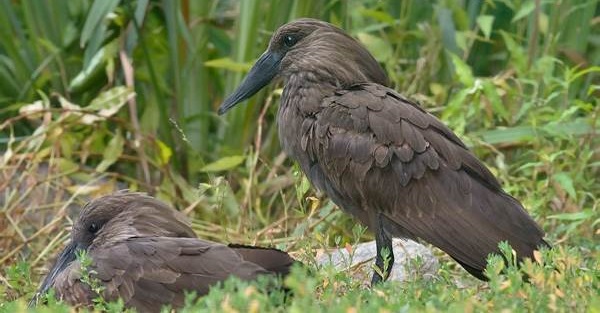 For recreation, hammerheads are located mostly in the trees. For the extraction of food choose mostly night time. Even people can envy their monogamy. Couples that are created among these birds, bring loyalty to each other throughout life.

They are not shy, but careful. Some of them even allow themselves to be stroked. Such courage is mainly inherent to those birds that live near settlements. In the search and production of food, hammerheads show unprecedented perseverance and stubbornness. They can chase their prey for a long time until they get their way. These birds sing very beautifully and melodiously, uttering the sounds of “vit” — “vit”.

In order to go in search of provisions, hammerheads choose night time. And in general, nocturnal lifestyle is more to their liking. During the day they try to rest. 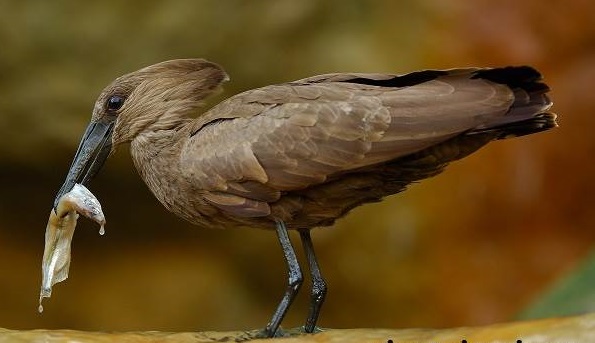 Birds prefer animal food. With pleasure they eat small fish and crustaceans. In the course are insects and amphibians, which birds especially scare when walking.

Reproduction and life expectancy of the thrasher

Family life of these birds begins with the construction of a nest. In the already finished nest, the female lays 3-7 eggs, which both parents tenderly look after. During the month they hatch them. Absolutely helpless, but voracious chicks, whose beak does not close, are born. They only do what they constantly require food. 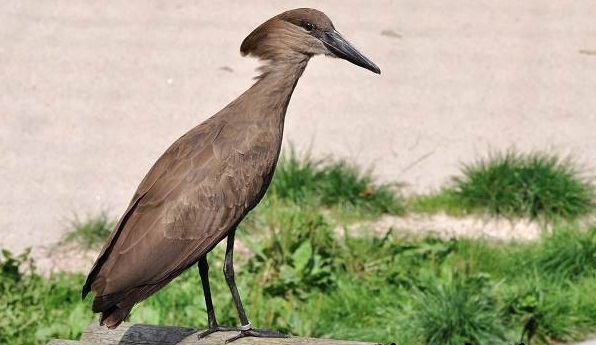 Parents faithfully fulfill their parental duty and provide babies with stable food. After about 7 weeks, the chicks leave the nest of caring parents and stand on the wing. The average life expectancy of these birds is up to 5 years.