Содержание скрыть
1 Big troubles from meeting with small karakurt
2 Portrait of the Black Widow
3 Where can I find Karakurt?

The reputation of Karakurt spiders in the human world is ominous. First, they are called European black widows. And secondly, looking at the photo of karakurt, some very impressionable persons see a certain secret sign that the body of the spider is decorated with thirteen red marks. 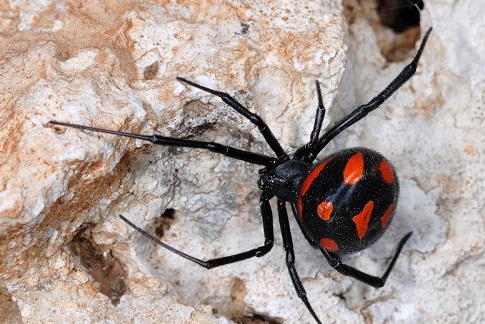 Portrait of the Black Widow

In fact, this arthropod is not threatening at all. Immediately it is worth mentioning that females and males are very different in appearance. The male is significantly inferior to the female in size. With each subsequent molting karakurt grows up. During the life of the male shed 7 times, and the female 2 times more. Adult females grow up to 2 cm, unlike males, the largest of which are not more than 7 mm. There are quite small — 4 mm. 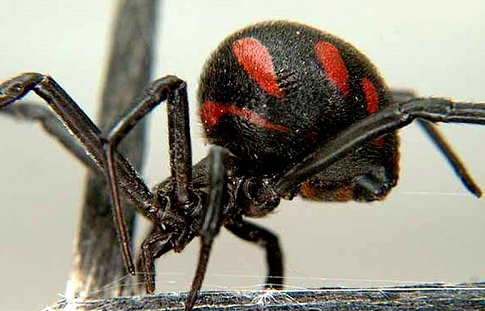 The newborn spider is transparent, but after a few days, after the first molt, the abdomen darkens. And on its upper part nine white dots appear, arranged in 3 in a row. The lower part of the abdomen is decorated with a pattern in the form of red with a yellow hourglass rim.

With each subsequent molt, the pattern on the body also changes. These changes are most clearly seen when comparing how the karakurt photo develops. There is a certain aesthetics in this picture.

The frequency of the molts depends on how well the karakurt spider eats. With enough nutrition, spiders mature very quickly. Adult males have a bright color, which eventually does not tarnish. 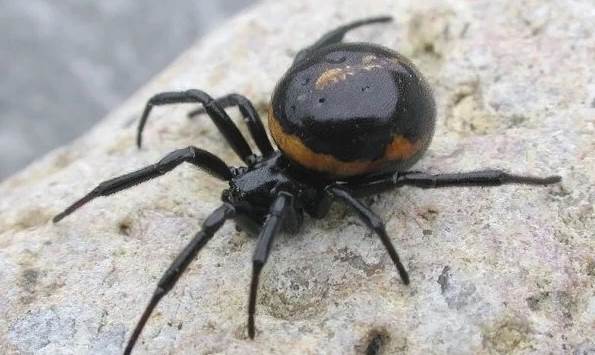 But females on the upper abdomen are barely visible white lines on a black, sometimes lacquered, background. Only the hourglass on the lower part of the abdomen makes a bright mark.

And, finally, after the seventh molt, the karakurt male ceases to eat, and, driven by the procreation instinct, goes in search of the female. Having found the bride’s web, he gently touches the signal threads, announcing his arrival. This is necessary so that the female does not confuse him with prey, and does not eat it ahead of time.

However, after mating, his fate is all the same predetermined. That is why these spiders are called black widows. Not all spiders are so merciless, but even those males who managed to survive soon soon lose interest in food and die from starvation.

Where can I find Karakurt?

Speaking about the area where karakurt lives, Wikipedia says that traditionally these are hot regions with a dry climate, such as the desert zone of Kazakhstan, the Crimea or the south of Russia.

However, recently karakurt is found in large quantities in the Rostov region and in the Moscow region. Especially exotic such spiders look on Altai and in the Novosibirsk region.

True, in these regions karakurt do not survive low winter temperatures. In atypical areas of habitat of arthropods, educational work is underway. Experts with the help of the media inform the population what the karakurt spider looks like. Videos and flyers are used as visual aids. 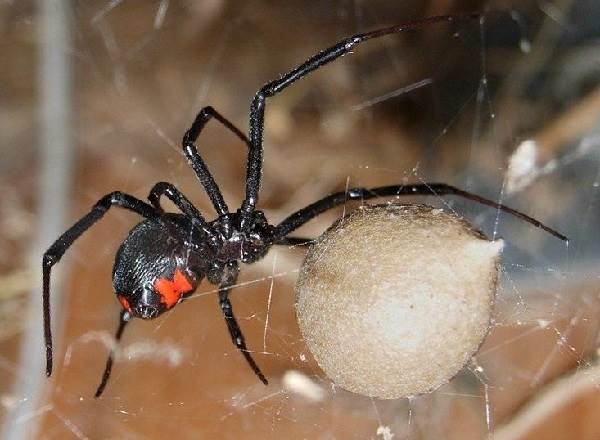 For living these spiders choose abandoned burrows of small rodents, or dry ditches. Can be located in the crevice of the clay wall. Climate change makes the spiders change their places.

Sometimes, in connection with this, experts register the invasion of Karakurt. Spiders do not live in thick grass because of high humidity, but the naked desert scorched by the sun is not for them either. These arthropods most comfortably feel in sparse thickets of wormwood.

The house of the female is spacious, and is formed from a dense web pattern. Males weave less intricate, and not so dense networks. Do I need to be afraid of meeting with Karakurt?

The most poisonous females in May — June. A spider attacks when it senses a potential threat. Only by invading its space, does a person or animal risk being bitten. 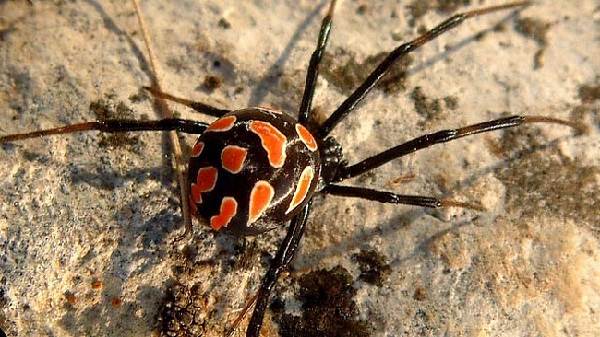 Given these spider features, it becomes clear to whom and why its name is obliged to the Karakurt stun gun. In fact, the aggressive behavior of karakurt can be regarded as self-defense.

But this is not easier, because most often a person completely unintentionally invades a territory where he can be attacked by poisonous karakurt. Animals often suffer from spider bites.

Only some of them, for example, dogs and hedgehogs easily tolerate the effects of a toxin. The poison of an adult female is capable of killing a camel or horse, is it worth talking about danger to humans. 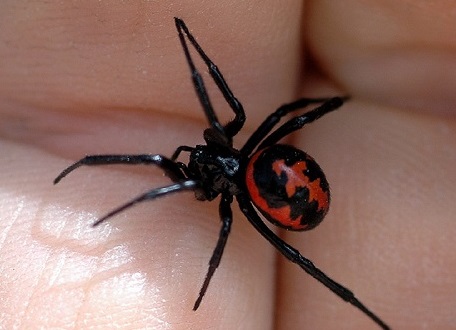 Already a quarter of an hour after a painful bite, a person manifests the main symptoms of severe intoxication: dizziness, choking, chills, abdominal cramps, vomiting. The timely introduction of an antidote is a prerequisite for a favorable outcome.

Experts say that if, within two minutes, the bite is burned with a match, it is possible to neutralize the poison. The fact is that the poison is based on protein, which simply coagulates from exposure to high temperature. 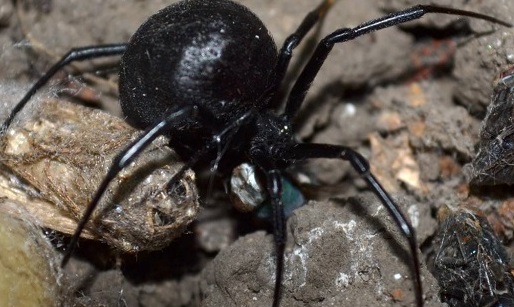 In order to avoid first-aid advice for bites, it is important to take extra precautions especially when migrating female spiders. After all, a modest-sized spider fully confirms its dangerous reputation.