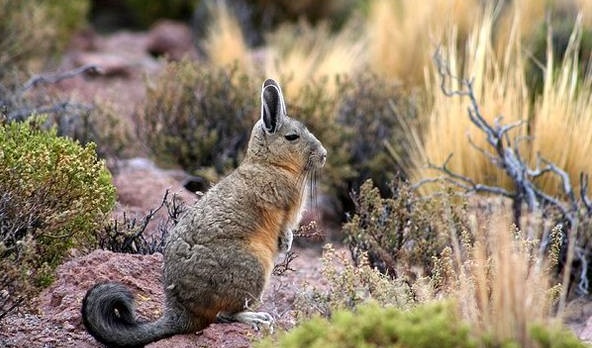 Description and features of viskashi

Viskasha belongs to the order of rodents and is characterized by a rather large size. In this case, height and weight depend on the habitat of the animal. Thus, the body length of a male plain viskashi reaches 65-80 cm, and the weight varies from 5 to 8 kg.

In addition, the tail length should be taken into account — not less than 15 cm. Females in weight reach 3.5–5 kg, and the body length is 50–70 cm. The tail of the female is also 2-3 cm shorter than that of the male. 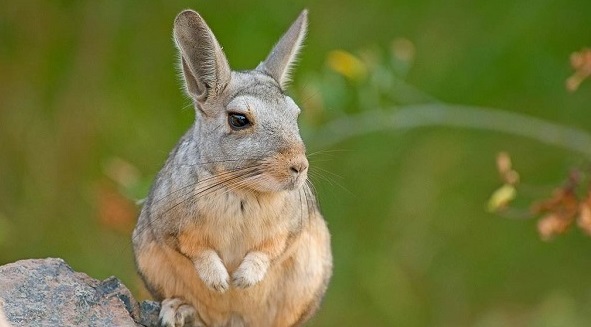 The head of a viskashi differs in massiveness, rather large ears and a wide cut of eyes. The forelegs are short and weak, while the hind limbs are characterized by length and power. There is also a difference between the species. Flat viskashi have 4 fingers on the front paws and 3 on the back, while Peruvian viskashi differ in four-fingered on all limbs.

The animal has a rather short and soft to the touch fur gray-brown tone on the back. On the sides, the color is paler, and on the abdomen the color becomes white. A special feature is the dependence of color on the color of the soil where the rodent lives. The darker the tone of the soil, the richer the color of the fur of the animal. 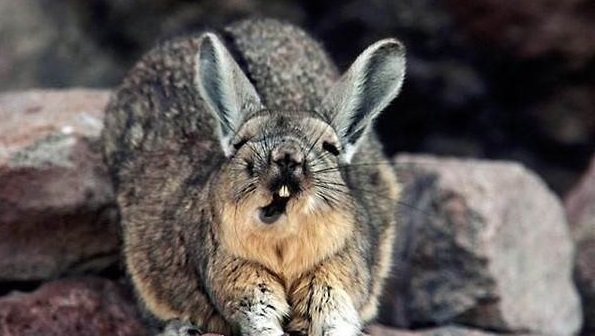 It is noticeable in the photo of the viskashi that, regardless of the sex, the animal has white and black markings on its head. But the differences between the sexes are still revealed — the males are distinguished by a more massive structure and a distinct mask on the face.

Plain viskasha lives in central Argentina, its northern and eastern regions. Also, the animal is observed in the southern, western part of Paraguay and in the south-east of Bolivia. The rodent’s favorite place for living is plain, as well as wet lowlands and thorny dry shrubs.

As for the question of where the mountain viskasha lives, it can be said that representatives of the species settle mainly in the rocky and mountainous zones of Peru, Chile, Bolivia, Argentina, where the height above sea level is 1000-5000 m 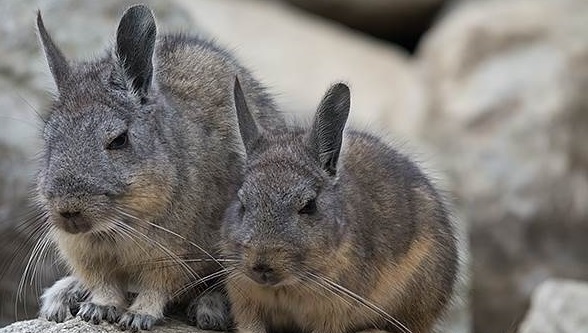 The viskash rodent belongs to the group of herbivores. All members of the species feed on grass, seeds, branches of shrubs and their fruits. Mountain viskashi add to the diet moss, lichen and roots of various plants.

Viskasha is a truly social animal. The animals live in groups of 10, 15, and even 30 individuals. At the same time there are 2-3 times more females in a flock than males. Grouped animals live in the underground system of holes, the distance between which varies from a few centimeters to several meters.

All minks are connected to each other by a system of moves, and the area in which they are located can reach 600 square meters. m. It is interesting that the size of the entrance to the system depends on the number of inhabitants and can reach 1 m. 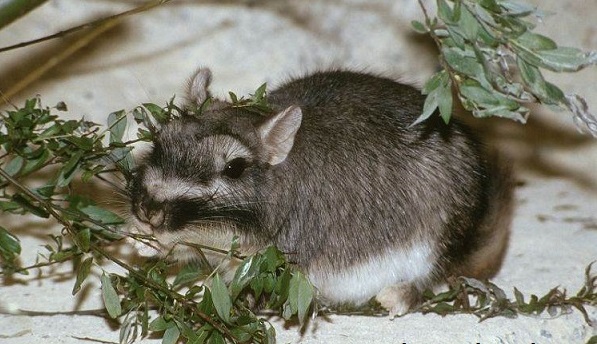 Viskashi very carefully relate to the arrangement and protection of their homes. Bones, sticks, cow dung and other materials are carefully collected and placed by rodents near the mouths of the burrows. Thus, the animals drown out their own smell, able to attract the attention of predators and protect the habitat from flooding.

For lowland viskash characteristic nocturnal. The animals leave the mink only with the advent of twilight. They love to take dust baths, thereby cleaning the wool from various parasites and accumulations of fat.

But the Peruvian Viskasha lives in areas where it is cold at night, in the daytime the bright sun heats the stones on the plateau. For this reason, rodents leave their burrows mostly during the day. Viskashi settle among the rocks in the gorges, where dry vegetation prevails.

A common feature of all species of this rodent is considered an unusual way to warn its relatives about the danger — the animal begins to frantically beat its tail on the ground and scream.

Under natural conditions, the mating period of the whiskey is characterized by seasonality. The current lasts 40 days and begins in the fall. 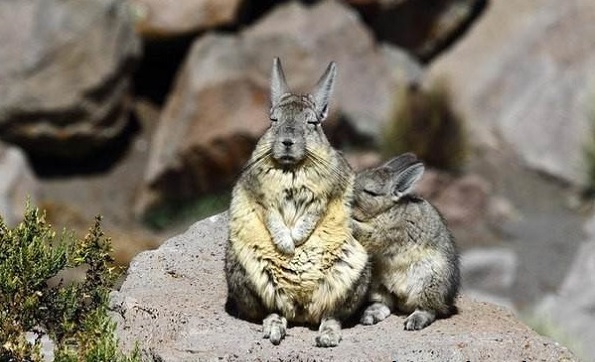 The gestation period is 154 days. In spring, the female gives birth to 2 to 4 cubs. The feeding period lasts 8 weeks. By this time, the viskashi cub is getting stronger and becoming independent. It is not excluded that during the year the female can survive 2 pregnancies. In nature, the life span of unusual rodents is only a few years. This is due to adverse conditions and low survival rate of animals.

The natural enemies are the cougar, boa, paraguayan fox, small grisons. In addition, among the local population, the whiskey is considered a harmful animal, since the urine of the animal impoverishes the soil, and numerous holes bring significant inconvenience. 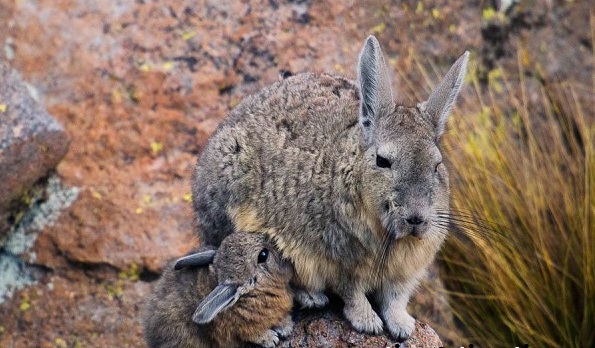 From running into the hands of ill-wishers, animals are saved by a quick run — 40 km / h, as well as the ability to jump 3 meters in length. With regard to artificial living conditions, in captivity, the life expectancy of a rodent is from 8 to 10 years.