A well-known aquatic creature that belongs to the family of sandworms is familiar to many people due to its high prevalence on sandy beaches. He is called peskozhil. This worm is particularly familiar to avid fishermen , who use it as a good bait for catching fish . They dig up the sandworm ringed worms on the coast during low tides.

These creatures spend most of their lives in the sand. They can be found almost everywhere, but these worms give their preference to the sandy shore, mixed with mud and silt. They burrow into it to escape from possible danger and almost never leave their shelters.

Peculiarities and habitat of sand skin

What does sand skin look like? This is a worm of a rather large size, the length of which can reach 25 centimeters, and a diameter of 1 cm. Looking at the photo of the sand we see that it is multi-colored.

Its front has a red-brown tint without tentacles and setae. The middle part of the body is red . On its sides you can see bristles and several feather-like gills. Its tail is light brown in color. The sandworm worm is a distant relative of ordinary earthworms. Leaves on the soil of sand traces, characteristic only to him. 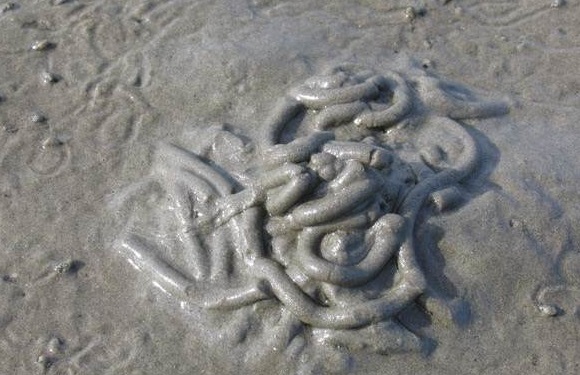 They look like rings rising from the sand, which are unevenly distributed among the numerous sandy craters. At the same time, a peculiar and somewhat strange landscape is formed. Peskozhil is a tireless digger.

There is little oxygen in the sandy coastal soil. Therefore, peskozhilu have to breathe with the help of gills dissolved in water with oxygen. The sea ​​sand has , for example, thirteen branched tufts of gills located in the middle of its body.

At the time when the tide occurs, this worm has to reduce as much as possible the muscles of the whole body in order to get as much seawater as possible into its narrow dwelling. Water flows wash the gills of the worm, bring oxygen to it, and take carbon dioxide. With these streams of water, food particles also flow to the sandplaster. The blood of this worm is red. It contains hemoglobin, with which the worm can breathe normally. 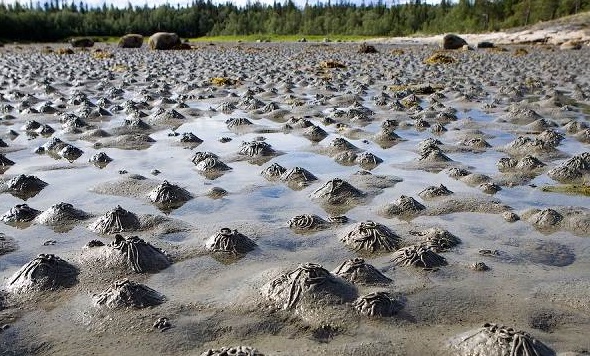 Peskozhil lives on the shores of the seas, where for him a normal environment and a sufficient amount of food. These worms can form whole huge colonies in which up to 300,000 individuals can be per square meter.

Most of the usual peskozhilov in the White, Barents and Black Seas. Birds from the look of the carrion waiting for the moment when the worm begins to take out the waste to the surface and immediately capture it with its long beak.

The sandbag structure in all its parameters resembles the structure of an earthworm. And their behavior is very similar. That one, that the other worms spend most of their lives in the soil, leaving behind on its surface noticeable traces of excrement. 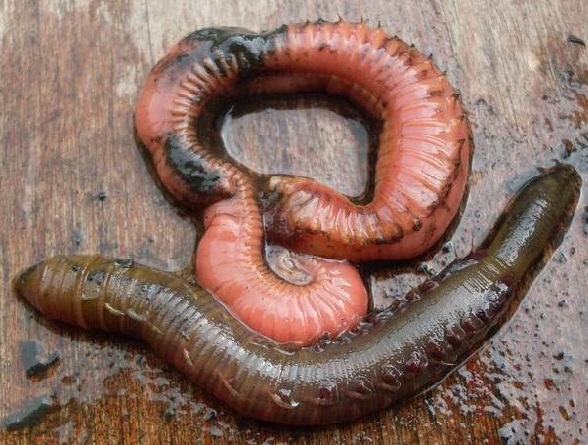 Sandworms for months can live in a tube in which oxygen and food are carried by the influx. Sandworms are a type of worms that can occupy too large spaces.

Curved minks on flat shallows of the sea sandy bottom of bays, inlets, river estuaries are favorite places of the class of sandworms . Recently, many seas have been polluted with waste oil products and other various chemicals.

Therefore, the population lobworm polychaete worm slightly reduced. Habitat sand must be clean. This is one of the most important rules for the good development and life in general of these worms.

Being constantly in the ground, the sandbox easily manages to provide itself with food arriving there and at the same time reliable protection. Buried in the ground, like the earthworm, the sand skin swallows a huge amount of sand that passes through its intestines and is thrown out.

Therefore, near the mouth of the worm, sand gushes, and a funnel appears at the top of the ground. The remnants of rotting algae fall into it in various ways, which the sand skin loves very much.

Scientists were amazed when it turned out that on one hectare of the coast of the sea sandy skin could pass through its intestines about 16 tons of soil per day. The mucus, which the worm constantly releases, saves its intestines from possible injuries.

Fish are big fans to eat these worms. They watch when another portion of sand begins to be ejected and grab a worm by the back of it. But the worm with all its strength and thanks to its bristles rests against the walls of its shelter and thus remains alive.

Fish can enjoy only the tail sand. But this is not a problem for the worm. Some time passes and the back of the sand skin grows back. In addition to fish, they like to feast on sandstorm gulls , echinoderms and various crustaceans.

These worms in large quantities are absorbed by fish , used by fishermen for their own purposes , they die by the thousands due to a poor environment, but their populations are not much reduced due to good fertility.

Their L-shaped minks have strong walls. They are strengthened by a special mucus. The depth of such minks reaches 20-30 cm. The front part of the worm’s body is in the horizontal space of the mink, while the back part is in the vertical.

In addition to the fact that these worms are used in the fishing industry, they have found worthy applications in medicine. They found in their tissues an excellent substance that has a wide spectrum of antimicrobial action.

Many inhabitants of maritime spaces have the same method of obtaining food. They burrow into the sand and drill holes in it. All of them filter the food by filtering the gills, which are covered with mucus.

All particles suitable for food involuntarily adhere to the shell, and the villi drive them away to the mouth. At the sea sandy skin, everything happens a little differently. He likes to eat detritus, which settles on the shores of the sea. 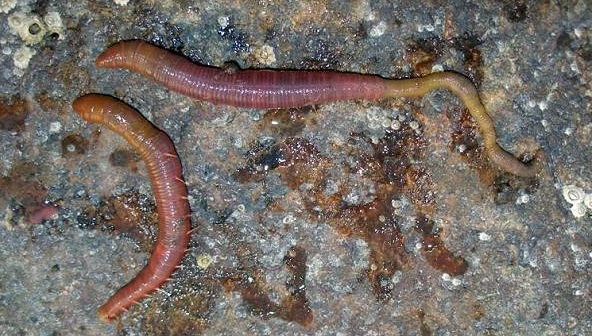 Detritus is a particle composed of organic matter. It would have been difficult to remove the detritus from the sandstone if it had not absorbed the sand along with the food. Detrit sandy skin is easily digested, and sand comes out in the form of excrement.

He digs almost always the same mink. Ahead of its long tunnel is sand filled with various nutrients, which is completely absorbed by the sand skin. Periodically, the worm sticks its back part to the surface of the sand and waste from its vital activity leaves it.

They resemble toothpaste, which is squeezed out of a tube and is very similar to the excrement of earthworms. The most favorite sand for sand lining is muddy and muddy. It is much more organic matter.

Leaving your mink for sand is tantamount to death. After all, around is full of his potential enemies. How can he multiply? Nature tried to ensure that the adult peskozhilov were safe. 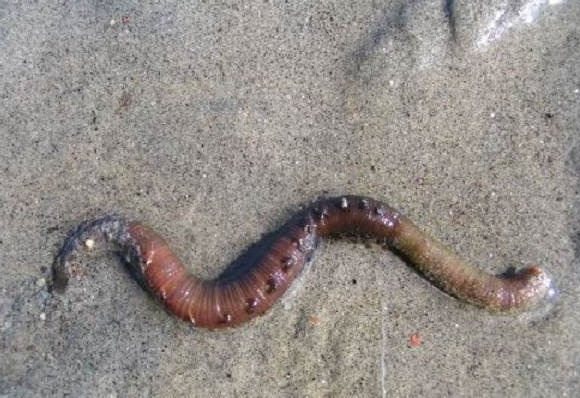 Their fertilization takes place in the water, into which the eggs and sperm from the breaks on the body of different sexes get. The larvae, which develop at the bottom of the seas, are gradually transformed into adult sandworms.

It is of the utmost importance that the egg cell and the sperm of the worms are released at the same time. Therefore, males and females produce sex cells in one reproduction period, which lasts 14 days. These worms live a little over six years.