Features and habitat of the musk turtles

The musk turtle is the tiniest and most charming of all freshwater turtles . But it stands out not only the size. Because of the peculiar smell of musk, which she produces with her glands, she was nicknamed “Stinking Jim,” but this does not prevent her from being one of the most popular domestic reptiles. 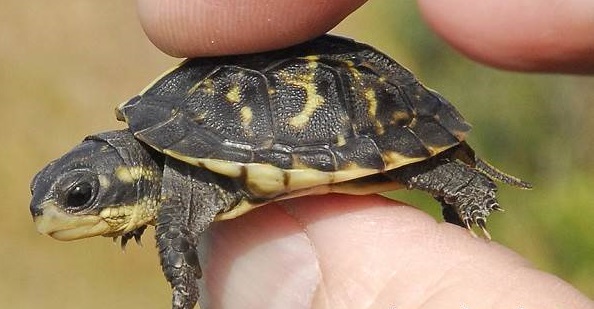 Its total length is not more than 16 cm. And if it comes to a keeled musky tortoise , the ordinary appearance does not grow by more than 14. The upper shell is oval, the young have three crests on it, which over the years disappear and the shield becomes smooth.

The color of the shell brownish with a slight olive tint, but overgrown with algae, becomes dirty-brown. The abdominal shield is pale pink or beige. Light streaks appear along the head and neck.

This can be seen in the photo of musk turtles . Females are slightly smaller in size than males and differ in tail. They have it narrow, shortened and no spines on the end. But they have «organs of tweeting.» 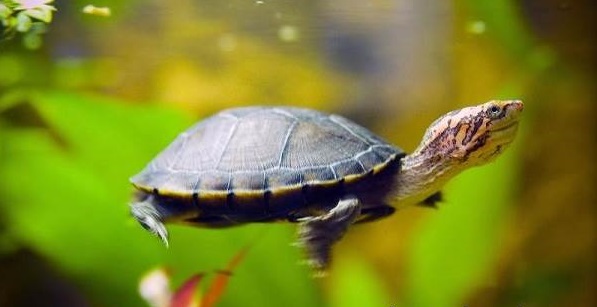 So called spiny scales, which are located on the inside of the hind legs. They help the male to keep the female during intercourse. When rubbing, there are chirping sounds, like birdsong or cricket.

Musky turtles stand out from other turtles with an incredibly long neck. They can reach her hind legs without hurting themselves. Their legs are also long, but thin. Between the claws are membranes that look like flippers.

In order to distinguish an ordinary type of tortoise from any other, you need to look at its throat and neck. If there are small growths, resembling warts, then you have a musky common turtle. In individuals of other species they are absent.

Musk turtles can stay out for days. With the help of special bumps on the tongue, they absorb oxygen directly from water or breathe through the skin. The tongue itself is very small and weak, and almost does not participate in the process of swallowing food. 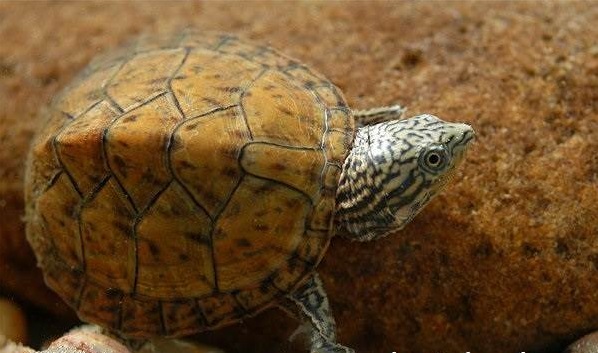 Musk turtles live in freshwater waters of the USA in the south-east of the country, and several species can be found in Canada. Their habitat is small and they prefer small ponds with a soft, oozy bottom.

These little turtles are quite belligerent. They can painfully bite, burst out and excrete a strong-smelling secret when trying to catch them. By themselves, the company does not need, but to their relatives are calm, do not attack.

All the main time the turtle spends in the water, slowly moving along the bottom, although it swims well. On the shore, it can be seen infrequently: at the time of laying eggs or heavy rain.

In the sun, the tortoise likes to expose the back under the rays, and sometimes it can climb quite tall trees along branches hanging over the water. Musk turtles are very active in the twilight and at night. 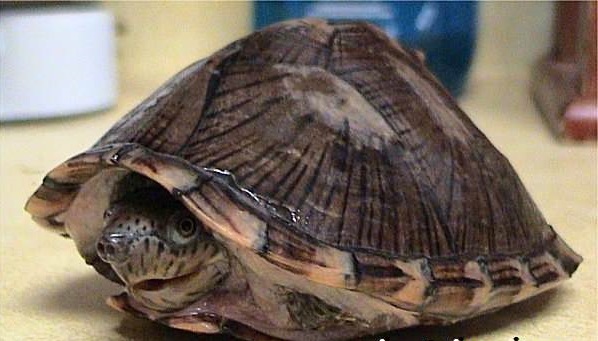 If the reservoir in which the reptile lives is warm, then it is energetic throughout the year. And if not, it goes winter. In this case, the turtle climbs into a hole or crevice in the stones, or it can just bury itself in the muddy bottom. If the water freezes, it uses snow as a refuge.

At home, the nature of the musk turtles is becoming more docile. Therefore, to keep such a pet is not difficult. You need to pour water into the aquarium, put stones and branches on the bottom and do not forget about a small island of land with a house where the reptile can relax or lay eggs.

The main thing you should pay attention to is installing a good water filter. Large musk turtles are muddy, and cleaning will be necessary constantly. But you do not need to buy a UV — lamp, these turtles do not need sunlight .

Samu sternotherus you can buy in the nearest pet store. In the first days it is better not to take her in your arms, but to let her get used to and get used to the owner. In Europe, some breeders of these reptiles release their swim in the yard ponds in the summer, it is well reflected in the health of turtles. 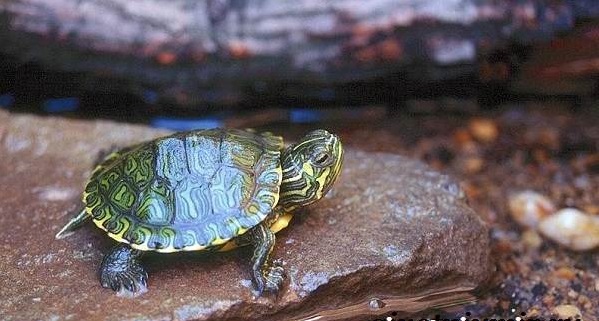 If there is a desire and a large aquarium, then it is good to keep them in groups. The main thing is that everyone has enough space, and there was no competition for eating. When the sexual instinct of the males wakes up, everything happens quite peacefully.

He is gentle and does not harm the female. The musk turtle is a very nice homemade creature that requires a minimum of expenses and will please you with its fun games.

The musk turtles are not fussy about food and are omnivorous. Juveniles eat mainly insects and aquatic vegetation, there are also cases of cannibalism in babies.

Adults move along the bottom and like vacuum cleaners they eat almost anything that comes their way: snails , clams , centipedes, fish , worms and even carrion. They are deservedly awarded the title — sanitary orderly reservoirs.

Therefore, when keeping a musk turtle at home, there is no need to combine it with aquarium fish , it will simply eat them. It is better, knowing about their carelessness, to learn to eat accurately. For this special needles need to hang pieces of food and offer. Turtles are very smart and quickly figure out what to do with it. 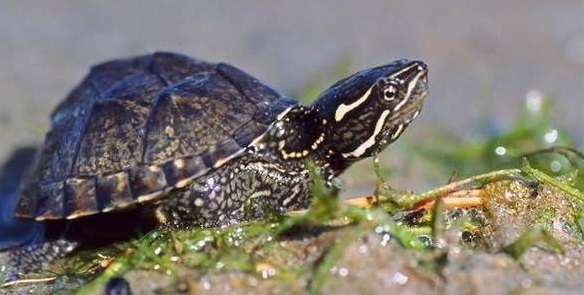 It is recommended to feed fish, crustaceans, boiled chicken meat to feed the musk turtles in captivity with proper care . From plant foods it can be clover, lettuce or dandelions, their favorite delicacy is duckweed. Be sure to include in the diet calcium and vitamins.

Reproduction and life expectancy of the musk tortoise

Life expectancy in captivity is about 20 years. The sexual maturity of males and females occurs when they reach a certain size of carapax (upper shell). The marriage period begins with the onset of heat and lasts for several months. It usually falls in April-June.

Caring does not last long in a calm atmosphere, and the mating itself takes place under water and lasts quite a long time, reaching up to a day. After, the female goes ashore and lays fertilized eggs. She herself digs a hole very rarely, often uses cavities in the sand or other people’s nests, or simply leaves them on the surface. 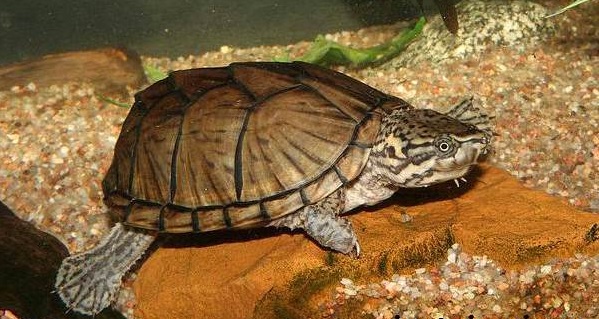 There can be up to seven eggs, they are oblong and in the shell. Sizes are small — up to 33 mm in length. The color of the shell at the beginning, pale pink, but over time changes to the usual white.

The duration of the incubation period ranges from 61-110 days, and the temperature should not be below 25 ° C. The most amazing thing is that, not yet hatched, turtles can already highlight the musky secret.

If the eggs are laid in the aquarium in the water, then you need to get them, otherwise they will die. Small turtles grow up very quickly and immediately become independent. Musk turtles reproduce well and quickly, because laying eggs occurs two or even four times per season. Therefore, this species is not in danger.