Peculiarities and habitat of Nereis

Nereis polychaete worms belong to the Nereid family, and the type of annelids . This is a free-living species. Outwardly, they are very attractive: when moving, they shimmer with mother of pearl, their color is more often greenish, and the bristles are orange or bright red. Their smooth movements in the water are like an oriental dance. 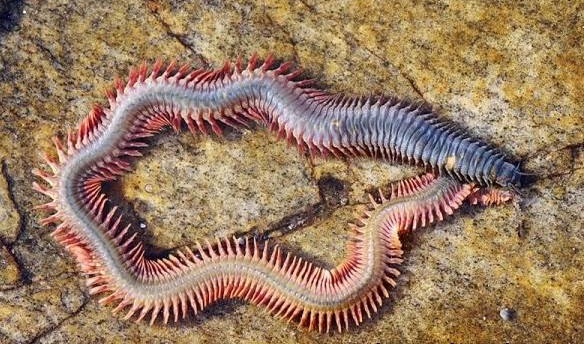 Their body sizes depend on the species and range from 8 to 70 cm. The largest of all is the green Nereis . Worms move along the bottom with the help of paired lateral outgrowths, on which tufts of elastic setae are located with tactile tendrils, and when swimming they play the role of fins.

The body itself has a serpentine shape and consists of many rings. The musculature is well developed, which makes it easy to dig into the bottom of the silt. Outwardly, they resemble a centipede or skolopendra , and many compare worms with dragons.

The organs of senses in the Nereis are well developed, with eyes, tactile tendrils, tentacles, and olfactory fossae on the head. Breathing occurs throughout the body or gills. Circulatory system of the closed type. 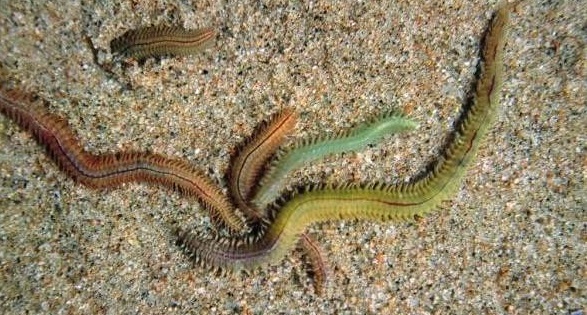 The structure of the digestive system of Nereis is simple and consists of three sections. Beginning with the orifice, it passes into a muscular throat with chitinous jaws. Next comes the esophagus with a small stomach and ends in the intestine with the anus, which is located on the back of the blade.

These worms live in warm seas such as Japan, White, Azov or Black. To enhance the feed base in the Caspian Sea, they were specially brought in the forties. Despite the forced relocation, the worms settled down there beautifully.

This confirms their rapid reproduction and wide distribution throughout the sea basin. At the moment they are the main menu of Caspian sturgeon. But not only the fish loved them, the gulls with terns also come to feast on food . Many fishermen consider this worm to be the best bait for sea fish . Nereis can be bought at a market or shop, but many prefer to dig it up themselves.

Between themselves, the fishermen call it the Lyman worm, because the Nereis worm is mined on the shores of the estuary, where it lives right in the wet mud. Then the dug out polychaete is placed in a jar of soil and stored in a refrigerator until fishing. 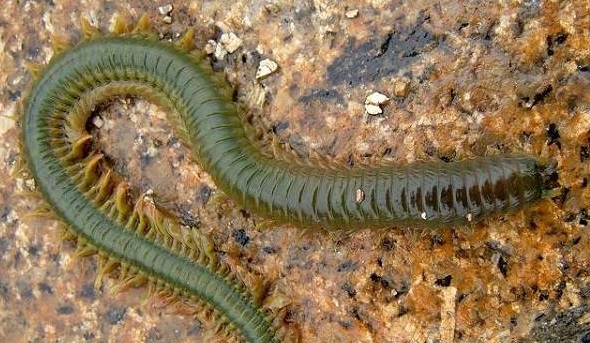 In the photo the worm Nereis green

Character and way of life of Nereis

Nereisy can live in the burrows on the seabed, but more often the worms just burrowed in the mud. Often, while walking and searching for food, they float above the bottom surface. They can be called couch potatoes, since they do not move over long distances until the breeding season.

Recently, scientists have discovered a rather unusual, unusual for worms, feature of non-reis. They communicate with each other in the only language they understand. This happens with the help of chemicals that they release into the environment.

They produce their skin glands, located on the body of polychaetes. These substances are pheromones. They are different in purpose: some attract females, others scare off enemies, and still others serve as a warning of danger to other worms.

Their nereisy read using sensitive organs that are located on the head. If you remove them, it will lead to the death of the worm. He will not be able to find food for himself and will easily become the prey of the enemy.

Several species of nereis behave like spiders on a hunt . They weave from special mucous threads of the network. With the help of which they catch sea crustaceans . Moving, the network lets the owner know that it has hit the prey.

Nereises are omnivorous sea ​​worms . They can be called the » hyenas » of the seabed. Crawling on it, they eat plants or the rotting remnants of algae, gnawing holes in them. If a corpse of a mollusk or crustacean is found on the way, then a whole flock of non-Reis may form around it, who will actively eat it.

Reproduction and lifespan of Nereis

The breeding period of the Nereis lasts from the end of June to the beginning of July. It begins at all at the same time, as a signal. This is because the beginning is tied to the phase of the moon. Moonlight makes rise from the bottom of the sea to its surface all polychaetes.

This facilitates the meeting of males and females and leads to their large-scale resettlement. Often this circumstance is used by zoological scientists. They shine at night on the surface of the sea with a lamp, and catch rare sea worms that have risen to the surface.

This is preceded by the maturation of the genital products of non-Rise. At the same time there are dramatic and dramatic changes in their appearance. They become big eyes and lateral growths expand.

Regular bristles are replaced by swimming, the number of body segments increases, and its muscles become stronger and more suitable for swimming. Using their acquired skills, they begin to spend more time closer to the surface and switch to plankton feeding. It is at this time that they are easiest to see and appreciate beauty.

Once on the surface of the water, the males and females begin an active search for a partner. Having chosen by smell, they begin marriage dances. During the time that the entire water surface just boils and boils, because there thousands of Nereis twist and twist. 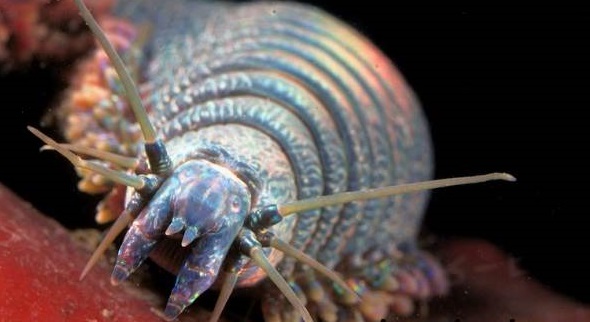 Females swim in zigzags, and males circle around them. During reproduction, eggs and “milt” emerge from the body of the worm, tearing thin walls of the body. After this, polychaetes sink to the bottom and die.

An individual can breed only once in its life. This process attracts whole flocks of birds and fish that devour nereises with pleasure. Fishing at this time is absolutely useless — a full-fledged fish will not peck.

It is worth telling about one unique type of nereis , in which reproduction follows a different scenario. The fact is that initially only males are born. Mature individuals find a mink with a female that has already laid eggs, and fertilize them. Then eat it itself. They do not throw eggs, but start to take care of them.

With the help of growths, the male drives water through the embryos, providing oxygen to them. After a while he becomes a female and lays eggs. And already it is comprehended by the same fate in the stomach of the male of the new generation. 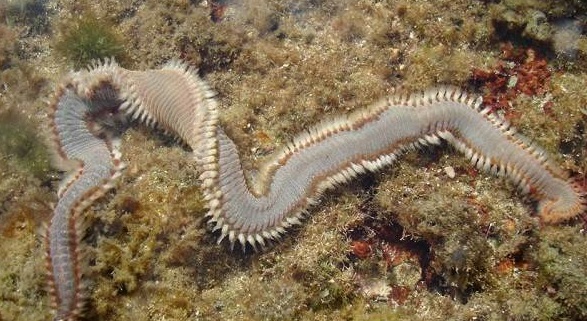 After the fertilization of eggs, trochophores emerge from them. They are round in shape, on which are located four rings with cilia. In appearance, they look like insect larvae . They get food themselves and grow very quickly, then dropping to the bottom, waiting for the coming of maturity to fulfill their main purpose.

In some species of Nereis, a more progressive development: a young worm immediately leaves the egg , which significantly increases the survival rate of the young. Numerous populations do not endanger the extinction of this type of polychaete worms.