Pekingese dog. Description, features, price and care of the Pekingese

The child of lion and monkey. So one of the legends explains the origin of the Pekingese. Evidence of interbreeding is not, however, from the name of the breed is clear that it is bred in China.

Beijing dog named since become a symbol of the emperors and their Palace was in the Chinese capital. However, bred Pekingese in Manchuria. After the dog was brought to the Palace.

Pekingese there honored as animals, endowed with divine power. It was considered that dogs of the emperors fight with the spirits of evil. Therefore, the Pekingese began to keep more in the temples. 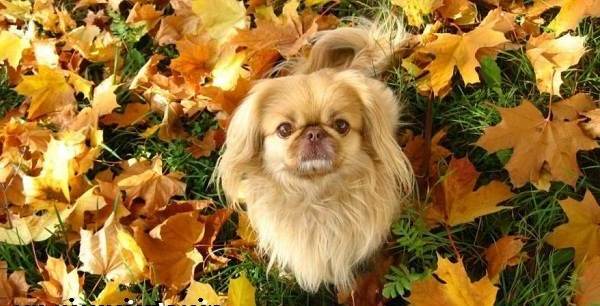 Europeans learned about the existence of the breed only in the 19th century. Thus, in the legend, the Pekingese is a companion of the Buddha. He was an earthly Prince. Called The Buddha, Siddhattha Gotama. The teacher lived in the 6th century.

According to legend, the Buddha will bless the fruit of love the lion and the monkey a kiss on the forehead. Since then, the muzzles of Pekingese flaunt whitish spots. The rest of the breed characteristics will be discussed in a separate Chapter.

Description and characteristics of the Pekingese

Dogs are really similar and with a monkey and a lion. On the recent recalls «mane» of the dog. The animal is covered with dense, long, often red hair.

It is a large part of the volume of dogs and 20% of its weight. The mass of Pekingese, by the way, varies between 4-5 pounds. Without a coat of puny animals weigh about 3.5-4 pounds.

Dog together with hair up to 4 000 grams. The owners of a miniature fluffy face difficulties when breeding, obtaining pedigrees. Why, let us examine in the Chapter «Breeding Pekingese«. Meantime, examine the similarity of the breed with monkeys.

With the monkey Pekingese makes a funny, flattened snout with round, playful eyes. «Face» is dark, visually makes it even more hollow. In this case, the dog’s eyes bulging and widely set. Because of this, the Pekingese all the time looks surprised. 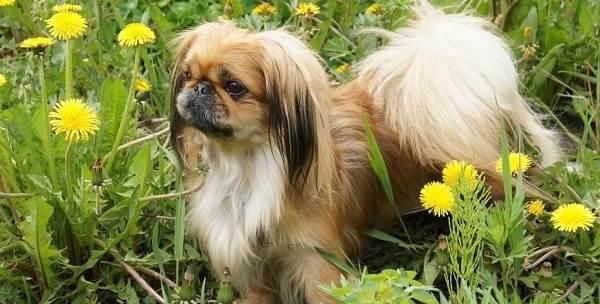 Parallels between the Pekingese, the lion and the monkey carried out by the internal characteristics of Imperial dogs. From the king of beasts she inherited nobility. From APE dog Pekingese took over superpowers.

About fight the forces of evil contemporaries say rare, but well-developed intuition in the character of the article point out. Pekingese clearly feel when to disturb the host for the games, and when the owner is better not to touch.

Feel four-legged and the mood of party people. The hostility of Pekingese to someone, say the owners of dogs, often finds an explanation.

The Pekingese can be the ideal standard, but at the same time, be discarded at the shows. The reason – shortness of breath. At rest it is not permissible. Problems arise because of the flattened muzzle of the Imperial dogs.

The skull changed so that the nose rises exactly between the eyes. The structure of the muzzle reduces the airway which in turn often reduces the life of the pet.

Deduction of length of muzzle Pekingese kompensiruet its width. Cheeks are given out to the sides. Between the ears the head is flattened, but the addition amount of wool. It consists of the guard hairs and undercoat.

Latest soft. Cover the hair thick and coarse. The coat markings are acceptable in different colors. Marriage is considered the only species in liver color and white Pekingese.

Pekingese breed standards canine Association registered, as having a bow-shaped fold of skin on the face. It starts from the cheeks, leaving the bridge of the nose, sometimes intermittent and continuous.

The fold should not cover the nose. This will complicate the already troubled breathing. Prevents standard ceiling eyes. Not acceptable and slab bite. The teeth should meet in one line.

Get the mandible back, it will be overshot. Put forward by the teeth, get a snack. In the first case, the lack of powerful and strong lower jaw. In the second case there is a contradiction with the condition that the teeth should not protrude from the mouth. Language, too, remains within the mouth. 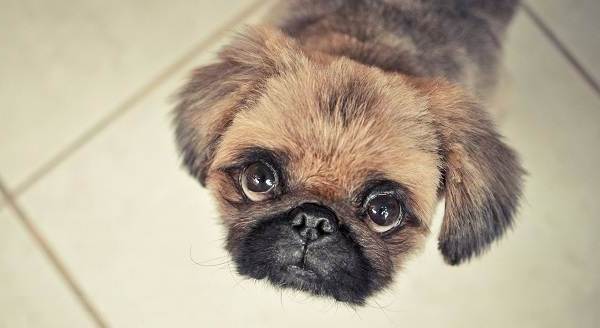 Requirements regarding ears Pekingese: they should not fall below the line of his mouth. Wool does not count. Under the coat, by the way, hiding the ears are heart-shaped.

They are mounted on the top of the skull, hanging close to head. Its broad contours complementary to the same broad, stocky body with a short and powerful neck. That’s the way all representatives of the breed.

The differences between the males and females are the only sex characteristics and sizes. Pekingese boy, usually larger, weighing about 5 pounds. 4 kilo – the standard for females.

The character of the Pekingese and care

The eyes of Pekingese see the world from Imperial heights. Small furries to the point of absurdity fearless and confident. Specimens often provoke conflicts with dogs, St. Bernards and other giant among dogs.

So, on walks for a pet to have to watch. If the opponent is unbalanced dog, the Pekingese may die. But, most big dogs looking at the furry animal as crazy, sidestep. 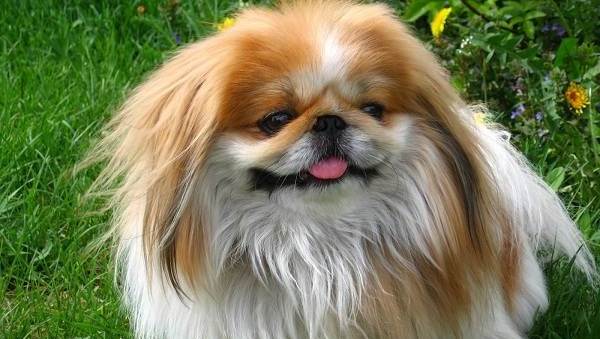 Attacks Pekingese accompanied by a shrill bark. He comes out of the mouth of the pet when he sees strangers. On the street, they can be ignored. But guests in your home the Pekingese continued to meet.

Especially zealous representatives of the breed are defending their territory. Her dogs think Mat, a chair, a box of them from the appliance. Pekingese see them as their palaces, and strangers as evil spirits.

By the way, in China the breed is considered the personification of foo dogs. This mythical dog overcame a lot of demons. With this in mind, the Chinese so revered Pekingese by law forbidden to export them from the country.

Smugglers waiting for the death penalty. That is why the Europeans became acquainted with the Imperial dog only at the turn of the 19th and 20th centuries.

Taking in the palaces and temples handmade lifestyle, Pekingese accustomed to it. Therefore, this breed is recognized as the perfect companion of elderly people. 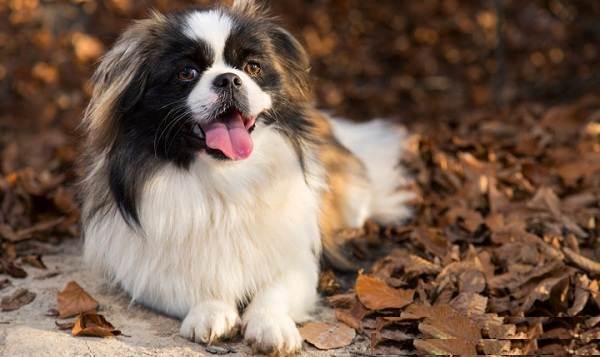 The dog calmly accustomed to the tray, on the street is content to 20-30 minutes a couple times a day. Therefore, many people organize the house a kennel of Pekingese, keeping multiple dogs.

With each other Pekingese get along easily as adults. Hostility may arise with children. They are rarely taken seriously, four-legged, focusing on boyish good looks.

Meanwhile, the Pekingese likes to be treated with respect. Otherwise, the animal can bark and bite. Therefore, the Pekingese is not recommended for the families with children, especially young.

Getting into a new house, puppies Pekingese feel comfortable in the cool. Because of the thick coat and short nose breed does not tolerate heat. Dry air also makes breathing difficult.

You have to have moisturizers. They are especially necessary during the heating season. By the way, long Pekingese overheating leads to heat stroke which can cause death of the pet.

The air is especially difficult to penetrate to the dog’s body, if she’s in the mats. Care of Pekingese necessarily involves regular washing, combing hair. The latter is carried out at least 2 times a week. 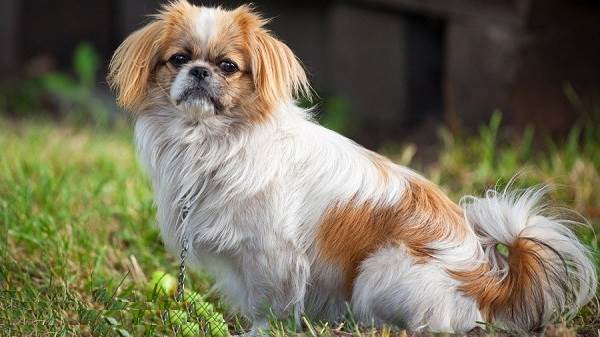 Every six months need a haircut Pekingese. For show dogs it is the trimming of wool from the floor line, the design of the legs. Outside the ring, though the animals are cut bald. Most often, Pekingese transform Lviv, destrega the hair on the body, leaving the mane and pants legs.

The power of a Pekingese

Pekingese girl, like the boy – guzzlers. Representatives of the breed do not feel saturation, like spaniels. They also love to eat so much that the belly on the ground dragging. To monitor the size of the portions and their contents is the responsibility of the owner of the Pekingese.

What to feed a pet is a personal decision. The most inclined to have dry food. They are divided into categories. Their class is usually reflected in the price. Cheapest do not contain meat, so suitable for Pekingese only as a garnish. 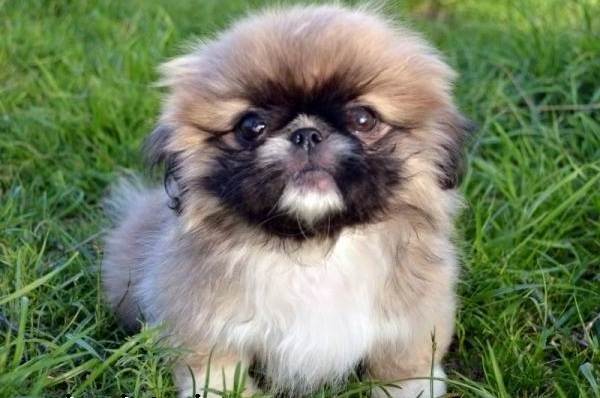 In the popular «Chappy» and «Pedigree» are protein, but in short supply. The norm for power Imperial dog stand «Yams», «hills» and «Royal Canin». However, as in the previous feed, there are dyes, preservatives. 100% natural, rich in protein, «Purina Pro Plan» and «Pedigree advance». The feed recommended by veterinarians.

Veterinarians also give recommendations on natural nutrition Pekingese. The basis of the diet should be beef, veal, chicken, offal, lean fish without bones.

The exception is Pollock. It often causes Pekingese indigestion. By the way, to proteins is well absorbed, you need fiber and that whole grains, vegetables and fruits.

They should be about 40% of the diet of the hero of the article. Dairy products give Pekingese to 5 months. Adult dogs, in General, poorly absorbed lactose. So dairy foods, as and Pollock, leading to diarrhea.

Reproduction and life expectancy of the Pekingese

Go back to the conditional division of the Royal Pekingese, that is, the ordinary, the dwarf. Miniature bitches don’t knit. Pekingese dog can give birth to the Royal. Or rather, have rarely. Large cheeks stuck in the womb of females, dying to themselves and putting at risk the life of the mother. 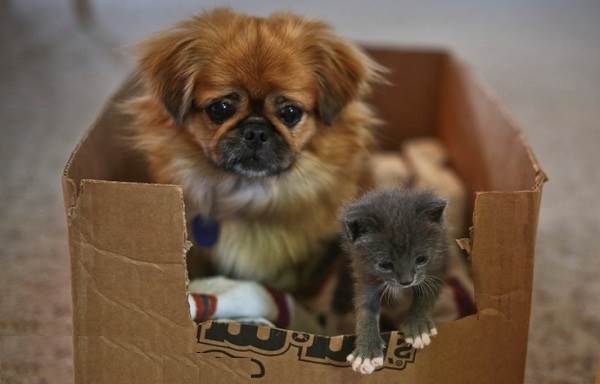 Breeding dwarf cables Pekingese not prohibited. Welcome knit Pekingese, where one of the partners is large. This allows you to align the population. Dwarf individuals outside the standard deviation are considered.

Pekingese black, red, Sika can bring from 2-4 puppy. This is a typical litter. One puppy or, on the contrary, more than 4 is rare. There are cases of stillbirth. They are dangerous. The fruit may rot in the womb. Starts inflammation that can lead to death bitches.

Under favorable circumstances, the Imperial dogs die to 14 years. This average figure. Sometimes the question of how I live Pekingese answer: — «About 17 years». It all depends on genetics, care.

For reference, the most long-lived dog in the world died in 1939, being born in 1910-th. The dog lived for 29 years without a professional feed and careful maintenance. But it was not a Pekinese. Among the members of the Imperial breed no of individuals who have reached the 20th anniversary.

The price of Pekingese and reviews about it

To buy the Pekingese without pedigree or papers, but a pedigree flaw may be a few thousand. The average price tag of 3 000. Puppies with a pedigree average of prestige, that is, mediocre parents are around 9 000-11 000. 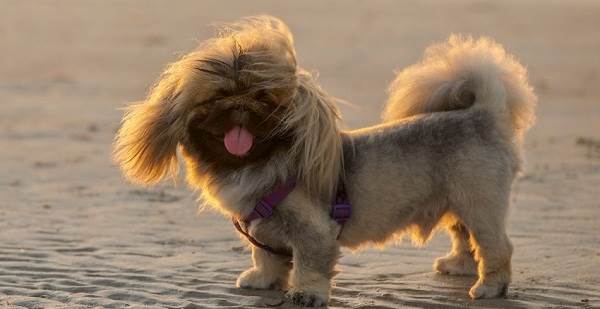 For dogs with prestigious roots asking 15 000. At the same time, one of the Pekingese recognized as the most expensive dog in the world. For a dog named Chu er millionaire John Pierpont Morgan gave 32 000 GBP.

Multiply by 70 rubles. In domestic currency is more than 2 000 000. I wonder what the dog Morgan did not sell even for that amount. It turns out, the Pekingese Chu er is priceless.

Reviews of Pekingese find reviews about the affection of the breed. So, «Thank you all. Ru» user Aristocatiy writes: — «the Cake I bought 8-year-old daughter. When she goes to school, low to the floor and pulls one of her things, falls on her and sad, waiting.»

Of the negative comments about Pekingese it is worth noting the record about the smell from the wool of animals. Take opinion Мари6611 with the same «Thank you all. Ru». She writes: — «She wanted a Pekingese, but a friend took him faster than me. 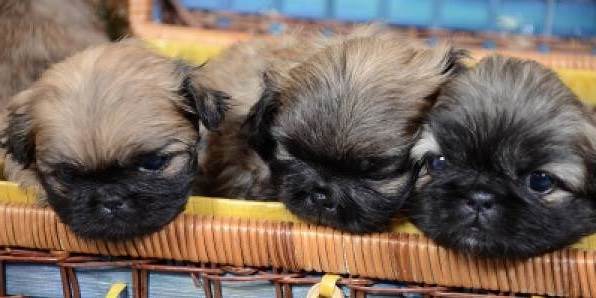 Soon, I changed my mind. No matter how expensive shampoos didn’t wash the dog, it still stank. Let it dry for the whole thing. In General, I have a Pomeranian, I’m happy)».

Breeders Pekingese note that well-groomed dog smell neutral. A friend of Мари6611 cared for the dog properly. It is unlikely that the girl was doing it intentionally. Therefore, the opinion of Marie revealing regarding the difficulty of caring for a Pekingese. You need to have not so much money, how much time and patience.