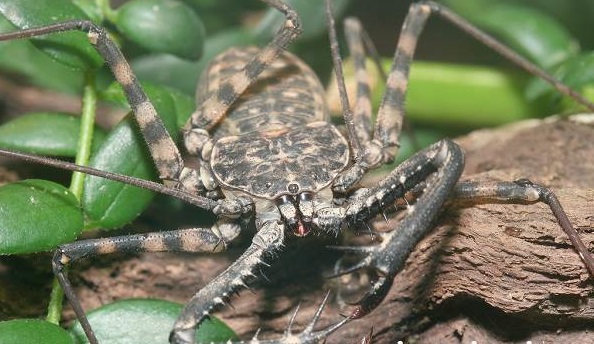 For their unusual appearance, representatives of this order of arachnids received a nickname from the ancient Greeks, which, when literally translated into modern Russian, sounds like “holders of a dull backside”.

Phrins — arachnids, which are representatives of a very small detachment, which is found only in regions of the globe with a humid tropical climate. Despite the fact that their body length does not exceed five centimeters,

they are owners of fairly long legs up to 25 centimeters. The cephalothorax has a protective shell, which has rounded outlines and two medial eyes and two — three pairs of lateral eyes. 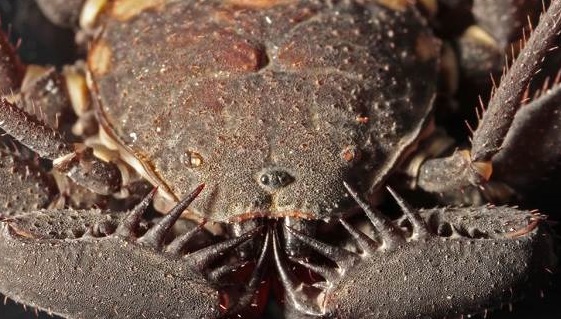 Pedipalps — large and developed, equipped with impressive spikes. Some species of spiders have special suckers, thanks to which they can easily move on various vertical smooth surfaces.

As can be determined by looking at the photos of the spider phrin, they, like the rest of the species, have eight limbs and a segmented belly. The second and third segment occupy two pairs of lungs. The spider uses three pairs of limbs directly for movement, and the front pair serves as a kind of antenna for it.

It is with their help, he checks to touch the ground under his feet and is engaged in the search for insects. The long legs of spiders consist of a large number of flagella, for which, in fact, he was classified as a horned leg. 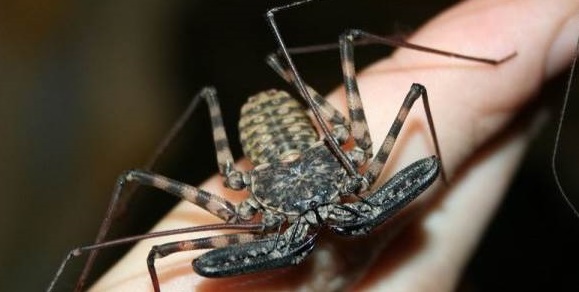 These spiders are found exclusively in the subtropical and tropical regions of our planet, inhabiting mostly wet dense forests. Various species of free spider can be found in abundance in India, on the African continent, in South America, Malaysia and in many other tropical countries.

Most often they build their homes among fallen tree trunks, directly under the bark and in the crevices of the rocks. In some hot countries, they live near human settlements, often climbing under the roofs of huts, thereby introducing tourists and travelers to a state of horror.

The nature and way of life of the spider phryn

The spider freen differs from other representatives of the species in the absence of spider and poisonous glands. It is for this reason that he cannot not only weave a web, but is absolutely harmless to humans. Barely seeing people, he prefers to hide from their eyes. If you shine a flashlight beam at him, he will most likely freeze on the spot. 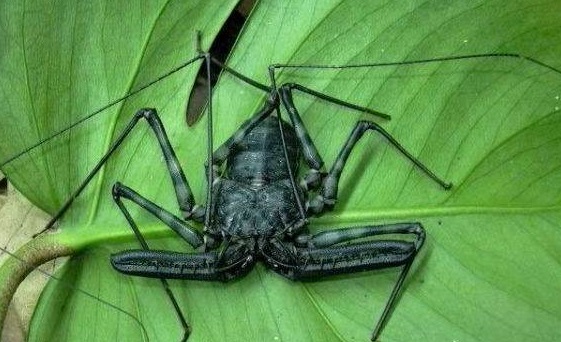 However, at the first touch, he will try to hastily retreat to a safe place. These spider-like data are moved sideways or obliquely, like crabs. Like crabs, these spiders are predominantly nocturnal. During the day, they prefer to remain in secluded places, but with the onset of darkness they leave the limits of their own shelter and go hunting. By patrolling nearby territory, they, with the help of developed forelimbs, seek out various insects, which they reliably grab and slowly grind before eating.

It should be noted that free spiders differ from other representatives of the species not only by the absence of poisonous glands and the inability to weave cobwebs, but also by the feature of the “social structure”.

Some species prefer to gather in small groups and even whole flocks, which can be found at the entrances to caves and in large crevices. 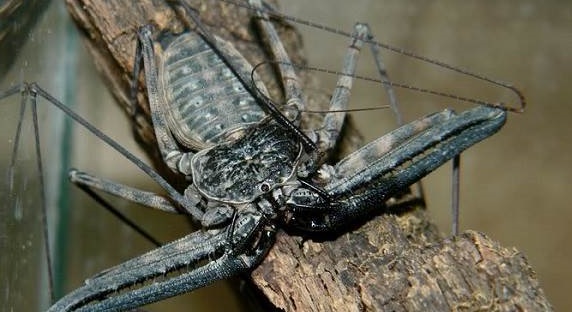 They do this for maximum protection of their offspring. Freerin females generally demonstrate unprecedented care for spiders, stroking their long limbs and providing them with maximum comfort.

However, females show this attitude exclusively towards the already grown up spiders. Newborn babies can feed their parents if they fall off the mother’s back before they shed.

Representatives of these arachnids do not differ in particular gluttony, and can go without food for a long time. The only thing they need all the time is water, which they hunt and often drink.

Since they cannot weave a web, they have to hunt prey, which often consists of various grasshoppers, termites, crickets and moths. Spiders that live in close proximity to water sources, often crabs like shrimp and small mollusks. 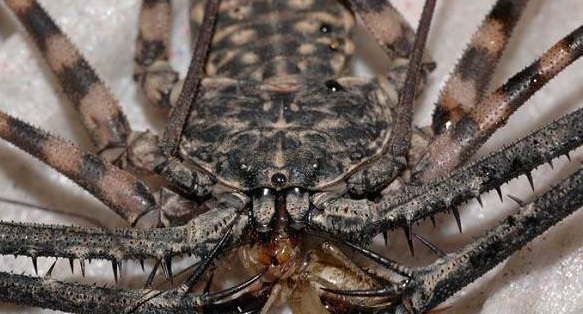 Those who decide to buy a free spider sprint for home use should know that if they do not provide their pets with enough food, they can engage in cannibalism.

The best food for them is crickets and cockroaches of medium size. In addition, they need to constantly add clean water and provide conditions of high humidity close to subtropical

Reproduction and lifespan of spider phryn

These spiders reach sexual maturity only at the age of three years. During mating games, most real tournaments usually take place among the males, according to the results of which the loser male leaves the battlefield, and the winner takes the female to the place of laying eggs.

In one laying, the female Phryne brings from seven to sixty eggs, of which a few months later the offspring is born. Poucats attach to the abdomen or back of the female, because before the appearance of a protective layer, they can easily be eaten by their own relatives. 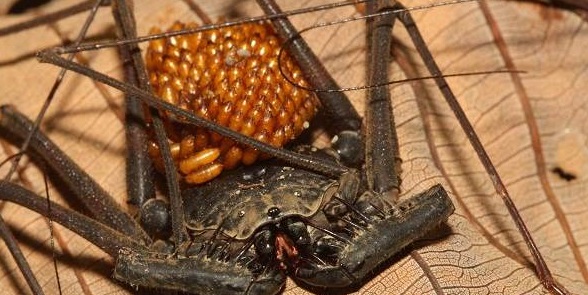 The young Phryne are born naked and almost transparent (this can be seen personally by looking at the photo of Phryn), and only after three years they become fully mature, reach sexual maturity and leave the home where they live. The average lifespan of spiders in a natural habitat is from eight to ten years. In conditions of bondage with proper care can live up to twelve years.