Pike — a beast , very charming, lives mainly in the mountainous regions of Asia. When you first look at a photo of a pika, it may seem like a large field mouse or hamster is in front of you . 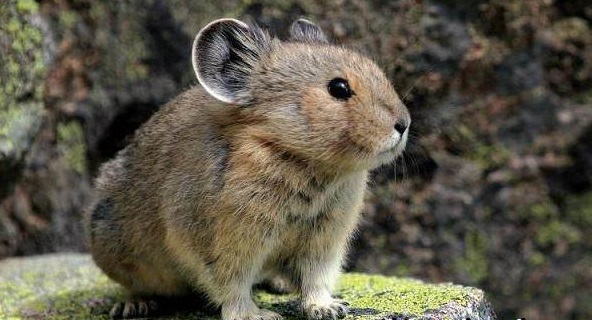 However, the closest relatives of the mouse pika are hares and rabbits . It was with their long-eared relatives that the pikas were taken out into a separate detachment — lagomorphs.

Why is it so called these cute little animals? The “culprit” was a shrill whistle that pikas emit when notifying the colony of the impending danger. Communication between members of the settlement also takes place with the help of short whistling sounds. 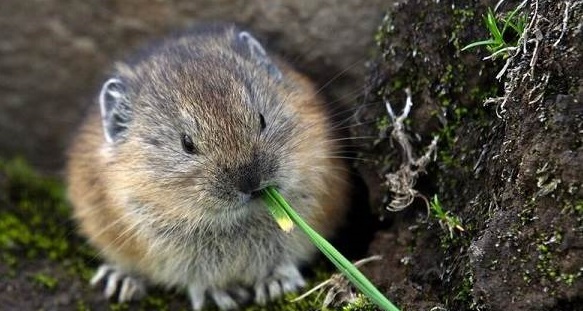 In the photo is northern pika

Externally, a pussy mouse is not very similar to the typical representatives of lagomorphous species. If only a small, almost invisible tail outside. The front and hind legs are short and do not differ in size, like those of hares. The ears are rounded, usually not exceeding the length of half the head of the animal.

You can not say about the impressive size of the mustache of pikas, which help her navigate the terrain and feel the changes in the weather. Body size is larger than that of field mice — an average of 15-20 cm.

The pads of the fingers are mostly bare, but there are also species in which they are covered with bristly hairs. The color of the fur coat changes color depending on the season: in summer it is brown or sandy-red, in winter it is monochromatic gray. 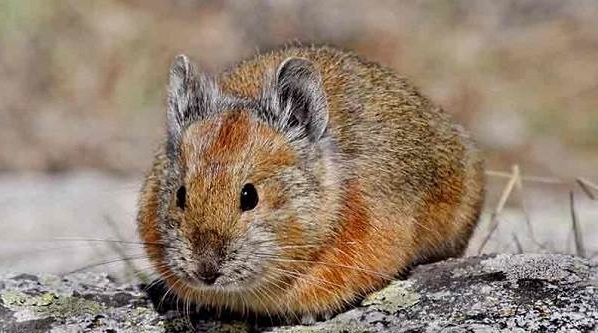 In the photo red pika

And the skin of the pika is thin and unsightly, excluding interest for the industry.

Basically pikas live on the mountain plains, as the vast majority of species prefer rocky terrain. The mountains of Central and Central Asia, the rocky expanses of China, India, and Afghanistan have become an ideal territory for pika settlements.

There are colonies of animals in the Far East and in some areas of Siberia. In Europe, it is extremely difficult for the pika to see, with the exception of the eastern margins, which only one species of rodents have chosen. Two species have found a home in North America. As can be seen from the geography of settlement of pikas, animals prefer places with a cold climate.

In the photo Ili pika

Steppe pikas dig numerous holes similar to intricate labyrinths. Such dwellings can have multiple entrances and reach up to ten meters in length. Nora usually accommodates both pantries for storing food stocks, and cozy “nests” for raising offspring.

Those types of pikas who settled on mountainous areas feel great, arranging shelters in the crevices of rocks, under stone sheds or among the web of tree roots and large shrubs.

In snow-covered areas, pikas equip their home directly in the snow, masterly digging a hole in the shape of a ball, and carefully laying a new dwelling with dried grass and small roots of plants.

In the photo steppe pika

Almost all types of pikas live in colonies. The population of the settlement varies from hundreds, to thousands of individuals, depending on the type and geographical habitat. Not being a predatory mammal, pikas eat all the terrestrial vegetation that they can find within their residences.

These are green stalks of flowers and various herbs, seeds of plants, berries. With pleasure, pikas feed themselves with hat mushrooms, lichens and mosses. An unfavorable weather period can easily be transported in their dwellings, feeding on hay, carefully collected and dried on sunny days. Harvesting hay is a special ritual, for which a small animal is often called an industrious pika . 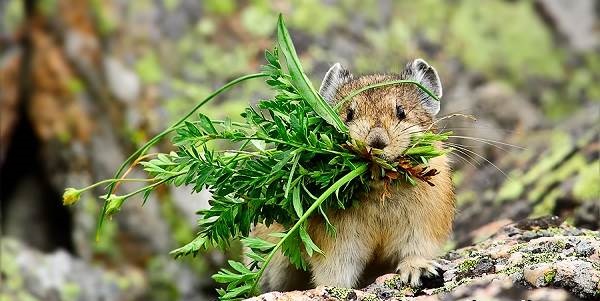 The living conditions of these rodents dictate their own rules: in the places of settlement there are more pikes of cold days a year than sunny ones. Therefore, the process of cooking stocks begins in early spring, during the budding of the plant world, and ends only in the middle of autumn.

It is during this period that usually secretive animals can be seen and heard. With the sharp teeth, the pika cuts off the stalks of the plants and spreads them in a thin layer on the heated stones, carefully mixing the dried grass to prevent the rotting process, it also helps to save hay from overdrying.

In the steppe regions, the winds often rise, but this does not frighten a thoughtful animal. Pikuhi prepare in advance small pebbles, which later cover the lined hay. The finished grass is formed in specially selected places — in the crevices of crumbling rocks or dug storerooms, protected from winds and rains.

All that does not fit in the mink, pika folds in small stezhki, resembling a form of real haystacks. Due to this feature, the people are often referred to as a peach. It is on the numerous hills of dry grass that one can easily calculate the settlement of pikas.

The ordinary pyramid of hay does not exceed a few centimeters in height, but there is reliable information that Alpine pikas can spread out “stacks” up to two meters high and weighing more than 20 kg.

Incredibly, because the body weight of the animal itself barely exceeds 300 grams. Well, how can they attract the attention of such fragrant mounds of other animals that are not averse to reaping the fruits of other people’s labor?

But pikas would not be pikas if they had not harvested hay for future use — both for food and for home insulation. Some northern species of pikas do not dry the grass, but fold it into fresh shelters.

In tundra areas, pikas build a pile directly on the shores of lakes and rivers, or in fallow deposits. It is not uncommon for animals to steal cooked hay from each other. Most species do not hibernate in winter. 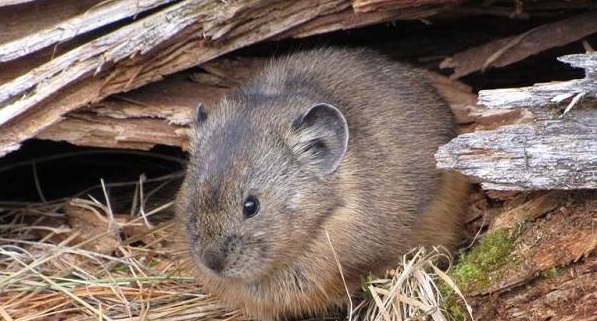 Alpine pika on the photo

A sufficient supply of procured food makes it easy to survive the cold winter without getting out in search of food. On warm days, pikas take sunbaths, basking on heated stones and merrily whistling with the “settlers”.

But, unlike hares and other rodents, the pika never stands on its hind legs, and does not assume an upright posture. In case of danger, the animal makes a piercing whistle, and the colony freezes. The main threat to pika comes from predators.

The most dangerous pursuers are ermine. Due to the small size and flexibility of the body, it is able to penetrate even into the holes. Do not mind to fill your stomach with animals and the bear , accidentally wandered into the place of settlement pikha. The population size is also influenced by various epidemics that are not uncommon among rodents.

Pikuhi — mammals . Most of the animals live in family groups, in which there is a clear distribution of responsibilities for collecting grass and protecting the settlement from danger. 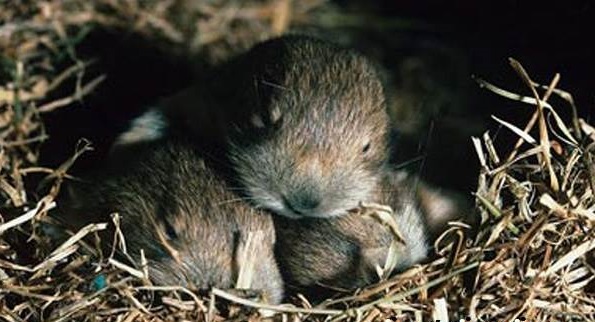 In the photo the young pikas

Northern species of pikas breed once a year, while their southern relatives can produce offspring two or three times a year. Pregnancy females last 30 days. At the end of the month, between two and seven pups are born. Thermophilous species give birth to naked babies.

In those species that live in colder places, the offspring are usually covered with a thin layer of fur. It should be noted that, unlike hares, pikas are monogamous creatures.