Birds do not know how to produce poison, like snakes. Birds acquire toxins with food. The poison contains some insects, grains. Eating them, 5 species of birds on the planet have become dangerous. This danger is passive. Birds do not attack. The action of the poison is felt only by the offenders who grabbed or tried to eat the birds. Let’s get acquainted with them by name.

It is the largest among geese, weighs about 8 kilos. The body length of the bird is 1 meter. With such dimensions, the feathered soars. Lifting into the air is preceded by a long run. Therefore, the spur goose settles on flat areas. There is where to run. 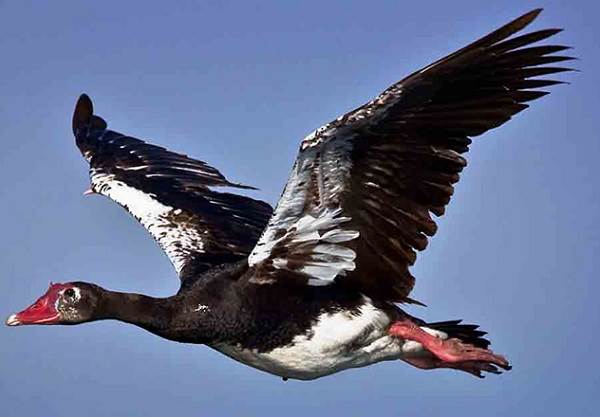 The bird plains chooses the African, in particular, the south of the Sahara and the northern outskirts of the Zambezi River. There are American subspecies of spur-fronted geese. Birds inhabit the southern mainland, meeting, for example, in the pampas of Bolivia.

Feathered species are recognized by the black-green tail, white belly, wings of a coal tone, and a bright front part. The rest of the head, neck and back are painted in dark brown. The bird’s beak is red, flattened from the sides.

In ordinary geese, flattening is expressed on the top of the beak, so the spurts are more like turkeys. The latter is also reminded by the partially bare skin on the head of the hero of the article. He also has not goose-long and muscular legs.

Toxin poisonous birds are worn in spurs. Hence the name of the species. The spurs of the African geese are on the crook of the wing joints. Thorns are used to protect against attackers, in particular, birds of prey, wild dogs and cats.

The vegetable menu of the spur goose is complemented by caterpillars, small fish, dragonflies and beetles. The last is poison. In the past centuries, nomadic peoples noted the active death of livestock on pastures, where there were plenty of warriors. They look like ladybirds, but more elongated. 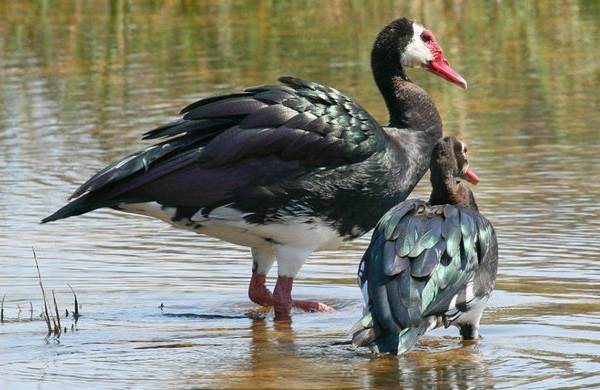 Lab-toxin toxin can kill a person. In a beetle or even a goose, the dose of poison is not enough for lethal consequences. However, burns, pain, and itching can cause toxin.

There are 5 species of spur-fronted geese on the planet. Their toxicity varies depending on the proportion in the diet of warrior beetles and their quantitative presence in the area. In other words, one goose can be safe, and the other is deadly poisonous.

Another one of 6 poisonous birds. The species of birds expand the list, as there are also 6 titles for pito, and there are 20 subspecies in general. Everyone lives in New Guinea. There, the poisonous pito bird is considered weedy.

Because of the toxicity, the bitterness of the meat when cooking and the unpleasant smell of the skin of the feathery during the heat treatment, the animal is not caught for food. There are no hunters for ciconi and in the forests where the bird lives. If for a person its poison is dangerous, but not lethal, then for tropical predators it is deadly. 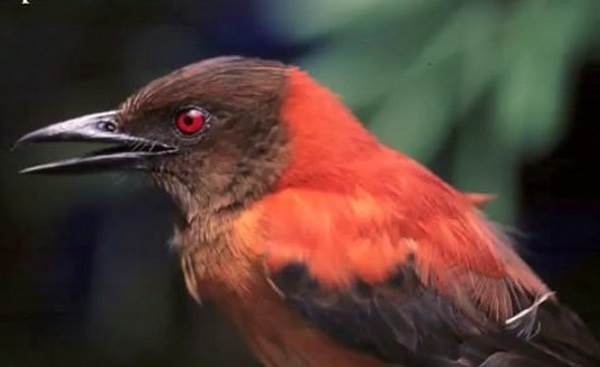 Being a practically untouchable bird, pito is abundant in New Guinea, but is not found outside. In other words, poisonous birds is endemic to the locality.

The second name Pitokha is the thrush flycatcher. A poisonous bird also receives toxin from beetles. Their name is nanisani. These bugs are also endemics of Guinea. Insects are miniature, have an elongated, segmented body of orange color. The wings are shorter and black and purple. Interestingly, this color has the most common form of pitohu — two-color.

A batrachotoxin is extracted from beetles. The same poison kills the victims of the frog listolaz that lives in South America. The local amphibian gets a toxin with ants eaten, by the way, also endemics of the area.

Batrachotoxin impregnated with organs, skin, feathers and powder. Therefore, the bird is the most poisonous. Taking feathers with bare hands, you can earn burns. However, the toxicity of pitoh, as well as the spur goose, depends on the location of the habitat and the number of sleds there.

The pitahu toxicity is the discovery of the 1990s, made by John Dumbaker of the University of Chicago. The ornithologist escaped with numbness in his mouth, licked his finger, with whom he touched the thrush flycatcher. The scientist got her out of the trap. However, Dummaker did not use gloves, unaware of the poisonousness of the bird. After the incident, the Europeans learned that there are toxic birds. 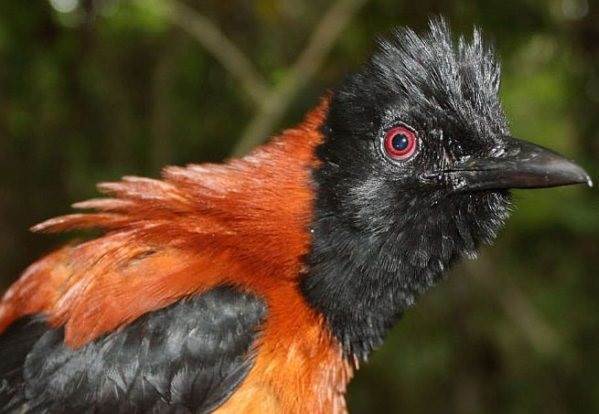 In addition to the two-color crested pito is. The poisonous bird still has a black, mutable, rusty variety. All of them do not exceed the length of 34 centimeters, weigh several hundred grams.

Thrush flycatchers are called pitohka, since they are similar in size and structure to a constitution, they are similar to thrushes. Pointed beak of poisonous birds was created to catch insects, including flies.

Blue-headed Kovaldis are poisonous birds of the world, discovered at the turn of the century. In the wilds of the tropics, birds were found during an expedition dedicated to the study of pito. New species smaller. The length of blue-headed ifrita does not exceed 20 centimeters. Ptah weighs about 60 grams. 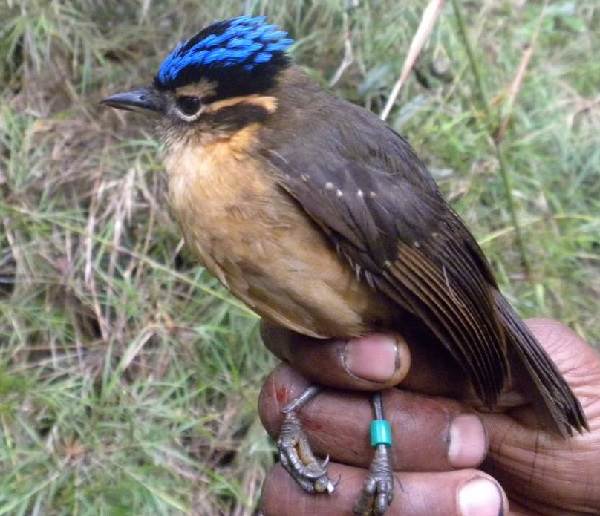 The blue-eyed species is named after the color of the «cap» of the males. In females, it is red and the stripes are yellowish from the eyes to the neck. The males have white lines. Even on the head of both sexes is black. Part of the feathers form the crest. He is set high.

Body kovaldi brown-ocher. The poison is concentrated in the breast and paws. The latter are also brownish, as seen in the photo. Poisonous birds and toxin in feathers are worn, however, in lower concentrations. However, you can get a burn by grabbing the Kovaldi with your bare hands. The bird is one of the 50 most dangerous animals in the world.

Despite the colorful appearance, blue-eyed ifrita looks gloomy. A frowning expression on a ptah lends a slightly curved down beak. Its upper “leaf” is shorter than the lower. Curved bottom. Kovaldi gets the toxin by eating the same beetles that it feeds. Birds have adapted to the nanisani poison, are not susceptible to it. On the other batratotoksin acts instantly. 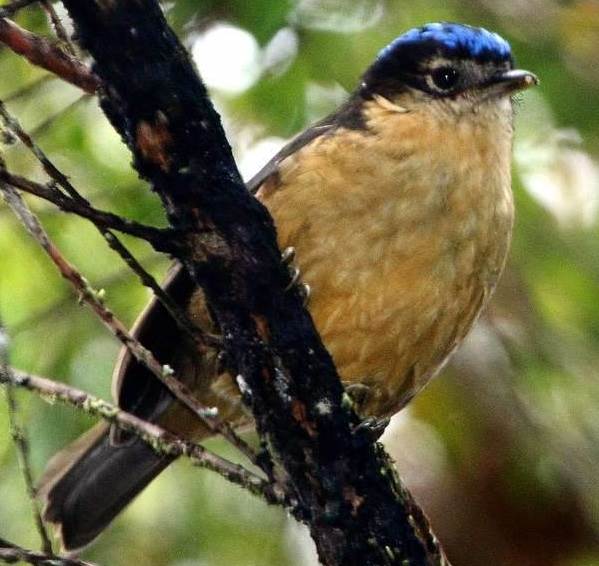 When predators bite the blue-eyed ifrita, the poison burns the mouth and with saliva penetrates to the stomach, and from there into the bloodstream, corroding the organs. The tiger dies in 10 minutes. Smaller predators die in 2-4 minutes.

Ifrites sing charmingly and are worshiped by the natives of New Guinea for the governors of the gods. Naturally, ptah are not eaten. As in pito, kovaldi meat is bitter, has an unpleasant taste.

Another resident of New Guinea. However, the shrike flycatcher is also found on the Australian mainland, in Indonesia. The shrike flycatcher belongs to the group of passerines, the family of Australian whistlers. In the nation, Ptah is no longer than 24 centimeters long and is called a pop singer, her singing is so pleasant. 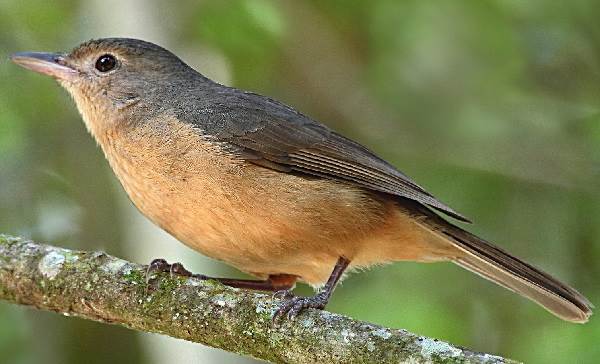 Outwardly, the shrike flycatcher looks like a bird. The color varies slightly, as there are 7 species of bird. One has a green back, the other has a gray breast, the third has a brown apron. Therefore, the types are called brown-chested, green-backed. All are open until the first third of the last century.

The poison shrike fly takes from insects. Among them are many poisonous. The toxin, for example, produces the usual centipede. She often feeds on flies, injecting poison into them in order to paralyze. Therefore, the insect is also called the flycatcher. However, there are more beetles in the flycatcher-bird menu.

Three hundred years ago, in the «Description of Ukraine from the borders of Muscovy to Transylvania,» Guillaume Levasseur de Boplan wrote: — «A special kind of quail is found here. He has dark blue legs. Such a quail brings death to him. ” The book was translated from the French edition in the 1660th year. Later, the opinion of Boplan scientists refuted, proving that any quail can be life-threatening. Separate poisonous species no. 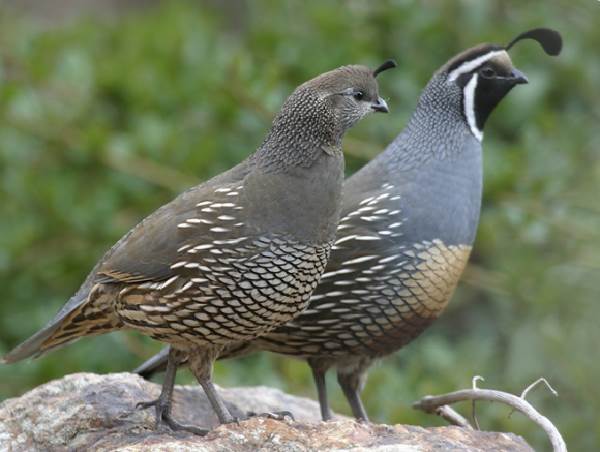 How to understand which birds are poisonous? Focus primarily on the time chosen for hunting. Poisonous delicious and delicious quail are usually by October. This time of flight of birds to the warm edges.

The vegetation of cereal crops, which usually quail quail, ends. Not finding the usual food, the birds eat in the way that will have. Often in the course are the grains of poisonous plants. That is, quail toxins, like other birds from the list, are obtained with food. The difference in the type of food. In the case of quail insects to do with it.

Every year in the fall recorded lethal cases of poisoning by meat of wild birds. Most often, children and old people are dying. Habitual game statistics is more dangerous than exotic pitoh or blue-headed Kovaldi. They know about the danger of the latter, avoiding poisoned birds. From quail trick few people waiting. Most know they do not know about the possibility of poisoning.

Since all poisonous birds get toxins from insects, or with plant food, birds become harmless on a diet that excludes dangerous food. The law works in the opposite direction. Poisonous are, for example, ordinary chickens. 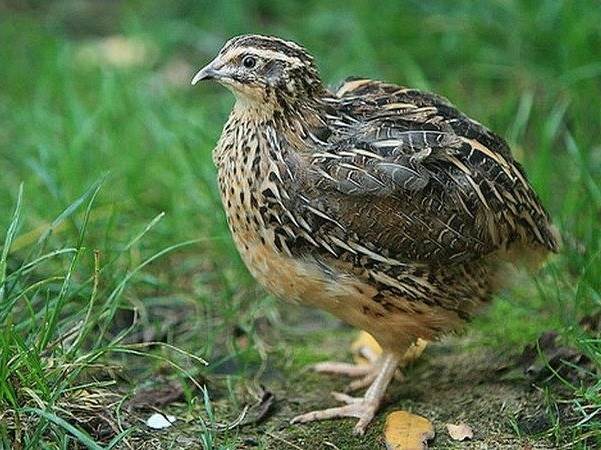 Doctors advise not to buy their carcasses in stores. In poultry farms, birds are stuffed with hormones and antibiotics. They accelerate growth, help to gain weight, protect chickens from diseases.

However, hormonal and antibiotic drugs accumulate in the tissues. From chicken meat a kind of poison enters the body of the consumer. So, what a poisonous bird, and what is not, you can still argue