The well-known saying «to each wader is his own swamp» reflects the inviolable connection of birds with a characteristic pond. In a large group of wading birds only in Russia there are about 75 species of waders. 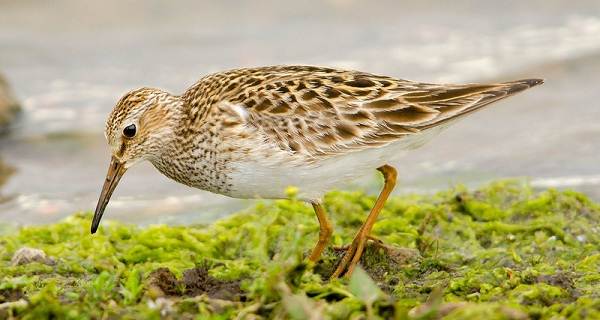 Due to the wide distribution in all regions, the birds became the most famous trophy of hunters.

Kulikov is considered to be a group of Charadriiformes, uniting 6 families. The habitat of birds is divided into groups of forest, marsh, mountain, sand. Despite the diversity, waders combine clearly marked ornithologists distinctive features.

Most birds are interconnected with water, live along the banks of rivers, lakes, marshes, although there are representatives of desert waders among waders, forest thickets — woodcocks.

The general appearance of the kulik resembles the shape of a dove on long legs for walking in shallow water, a viscous soil. But there are also short-legged representatives (chibis, snipe). 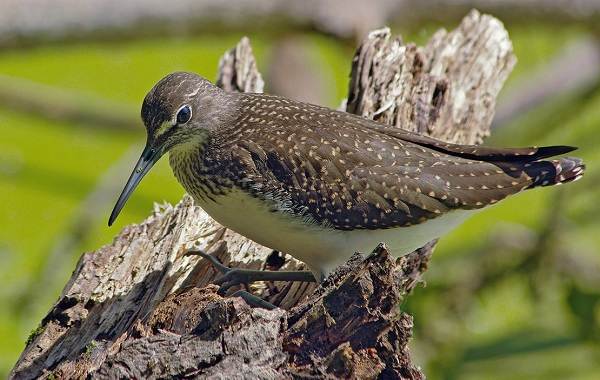 On the legs are three fingers, the development of the fourth is weak. If the bird is waterfowl, then the bases are bound by membranes. The body is dense. The tail is short, never looking up. Some birds shake them when walking.

Sandpiper on the photo can be in different outfits. Color at the most modest, not striking. The predominant white, red, black, gray colors. There are exceptions — bright in contrasting plumage and legs of yellow, red color, for example, sandpipers, magpies, ruffians. The outfits of males and females practically do not differ. Sandpiper changes plumage twice a year.

Sandpiper is a wading bird. The long beak and fine touch helps to remove from the firewood mass. Good eyesight, hearing contribute to the activity of birds at night. 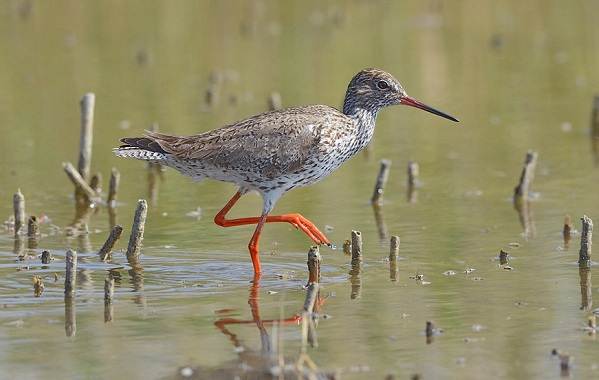 The way food is extracted is related to the shape of the beak’s bend — down, up or sideways. A lot of receptors help to get food. The main tool of the bird is able to move the stone to find a mollusk, whose weight is not inferior to its own. Wings, as a rule, are long and sharp.

Appearance, the size of waders varies significantly. The length of birds varies in the range of 15-62 cm, weight can be from 200 g to 1.3 kg. All waders are wonderful runners, most birds can swim well. Adaptation of birds to different climatic conditions promoted a wide dispersal in different parts of the land, except for Antarctica.

The main enemies of waders in nature are birds of prey. Approaching the falcon creates panic, which manifests itself in loud cries and diving. In shallow water, there is no wader. Nestlings often become prey for crows, sarych, martens, arctic foxes. Skuas from the nests are stealing skuas 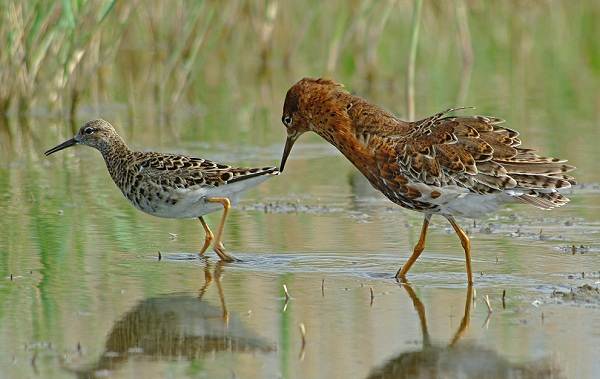 Ornithologists distinguish 21 families of waders from 13 families. Despite the variety, many species are listed in the Red Book, the thin-claw curlew and the giraffe are in the category of endangered species.

The main reason is human activity: drainage of shoals, development of coastal areas. Breeding birds in captivity is problematic. Only certain species are known for expanding their area of ​​distribution (stilt and some others).

Among the variety of waders, the following species are best known:

Crushers. Large birds with a remarkable sickle-shaped beak. The description of the kulik necessarily contains this detail, on which the bird is immediately recognized. The length of the beak reaches 140 mm. The color is earthy-gray, the tail is decorated with a white strip.

Kronshpens are a hunting species, but in some parts of the range it can not be shot. Inhabits the swamps, river floodplains. Not bad swims. The flight of the bird is strong, fast, with sharp turns. During migration, birds fly wedge, which is not typical for waders. 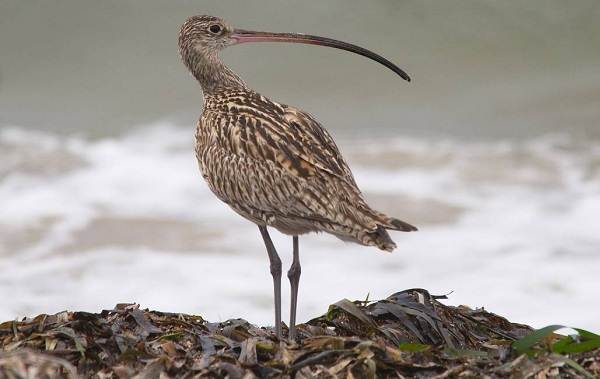 Sandpipers. Small waders of graceful forms live in the tundra zone. Birds have a small beak, comparatively short legs of black color. The size is larger than the starling, the addition is dense. Small eyes give a blind look.

Hold tight flocks. Similarity to the sparrow is observed in individual species: the white-tailed sandpiper, the sparrow-hawk. At night the sandpipers show activity. 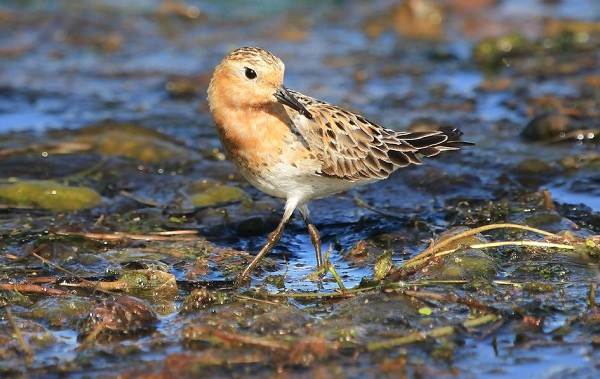 Snipe. Small birds have a very long beak. To mix up with other relatives of a snipe is difficult. He likes areas with high humidity: coasts, swamps, swamps. Excellent swimmers, divers.

They spend a lot of time on the ground, but they fly well. In case of danger, they even carry the chicks in their paws to a new place. 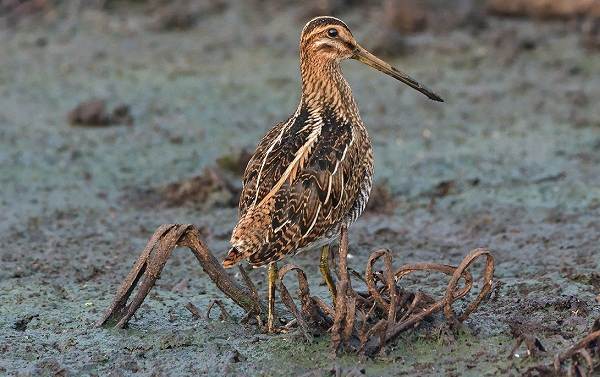 Zuiki. Birds of medium size with a small head, short beak. Running on low legs with a marching step. The tail of the feather is long, wings swinging in 45 cm. Feathers are black, white, rust-brown in color, which differs in different species: sea, stone-candle, chibis. 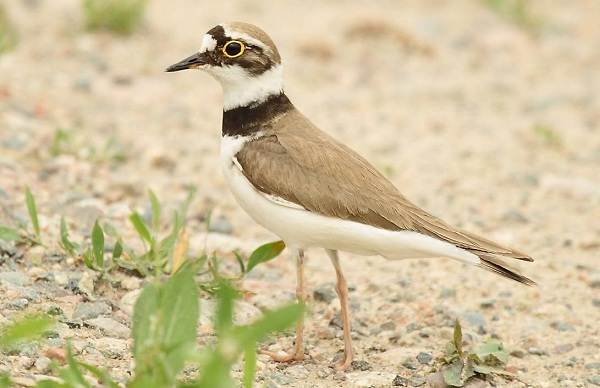 Ulits. The inhabitants of the middle latitudes are painted in gray tones, sometimes with pestrinyami black and white flowers. This is a special bird of the order of waders, which bows all over. A long beak, tall legs and a medium-sized body are inherent in all the streets. There are large specimens, weighing up to 400 g. 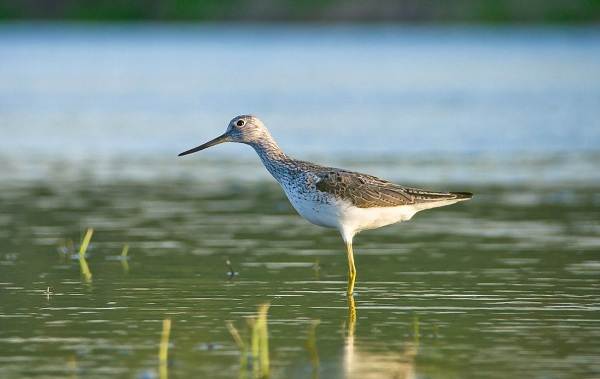 Plovers. Less than other waders, tied to the water. Inhabitants of tundra the size of a dove. High legs, small beak, color from black-grayish-white scale. He prefers large spaces, through which he moves short flights and dashes. 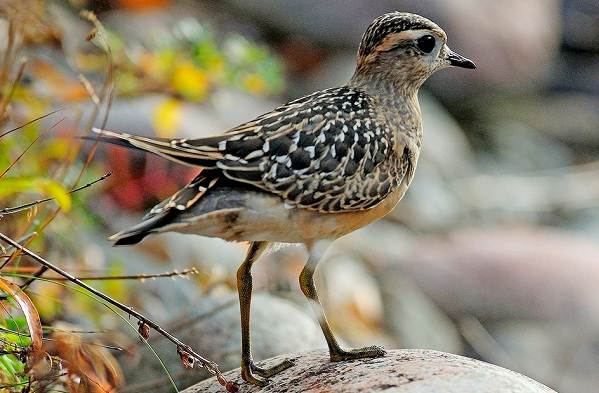 Turukhtan. A bird, related to a wader, stands out in bright colors, which is not inherent in the whole of this genus. The males in the wedding time sparkle with green, blue, yellow, reddish hues.

Another important difference is fighting qualities of birds. Fights, like cocks, are common among these original waders. Loose collars, beak-rapiers, throws at the enemy and wings blows express the fighting characters of the birds.

The skirmishes do not hamper the subsequent peaceful rest in the neighborhood of the recent enemy. 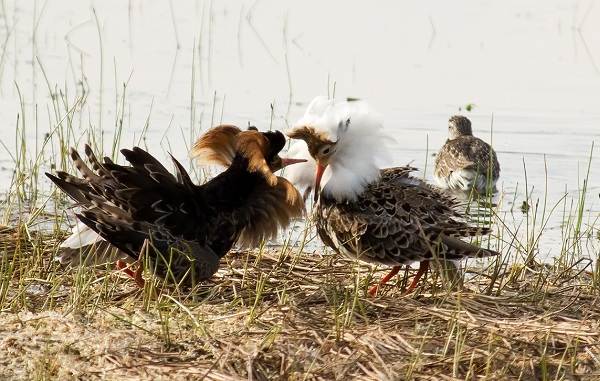 On the territory of all continents, except Antarctica, there live ubiquitous waders. These are schooling birds, gathering up to several thousand individuals. Most waders are nomadic, although there are also sedentary representatives.

About what birds are migratory or not, says their habitat and wintering. Lowering the temperature, lack of familiar forages makes waders leave their usual places. Almost all of them migrate to great distances from their native places.

Without stopping, waders can travel a distance of up to 11,000 km, flying over mountain ranges, deserts, and water spaces. The inhabitants of Siberia fly to winter in Australia, from Alaska fly to southern Argentina. 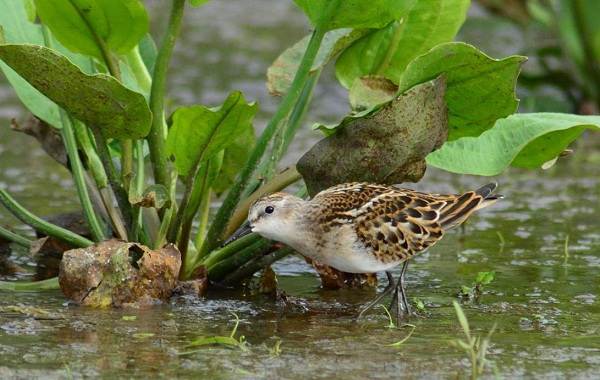 During migrations, swarms of waders form mass accumulations in some parts of the coasts. There, birds find food to gain strength for distant wanderings.

In Russia, different species of waders are found everywhere. In the Far East, live small zuyki, woodcock, chibis. In Primorye — a nesting place for sparrowhawks, the coast of mountain rivers — the homeland of Ussuri zuykov.

Waders not only fly well, but also run on the ground, swim, dive. Many species of waders can be tamed. Active and sociable, captive in a good way, get used to domestic food. 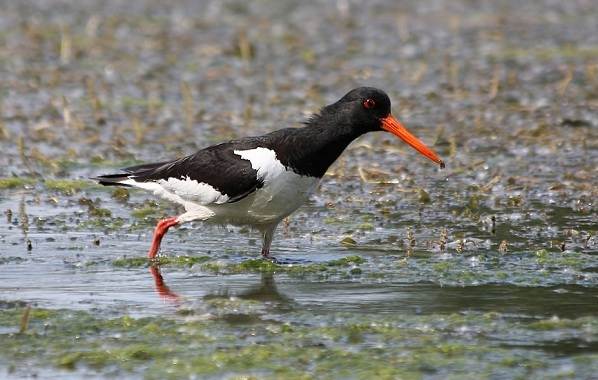 They adapt to the new environment, are not afraid of the person, feel and respond to care. Attempts to preserve rare waders, listed in the Red Book, are complicated by the difficulty of breeding them.

Waterfowl fishermen even dive for their prey. Some waders are vegetarians, they are based on grain, seeds, berries. A special treat is blueberry. 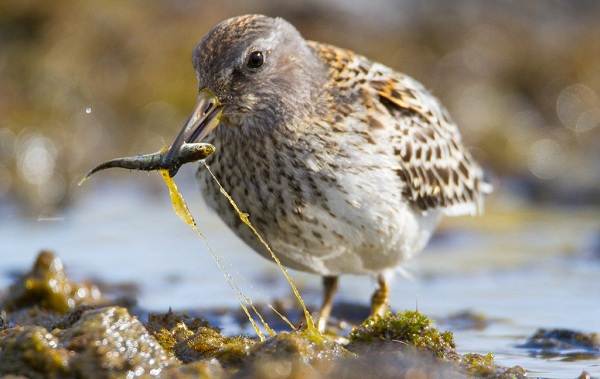 The wader period of waders opens in April. The current takes place either singly or in large groups. The ritual of attracting a partner from different wader groups varies.

For example, the sea zuykovs rush in the air with trills, and on the ground they straighten the tail with a fan and pursue the females. Chibis attract attention is expressed in a sharp change in the flight path. The fenders fly high in a circle and sing melodically. 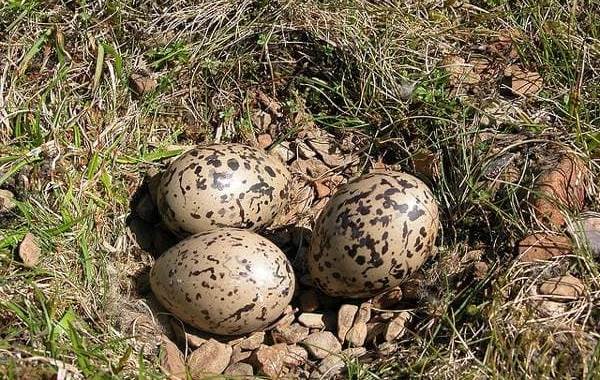 Matrimonial relations of waders are diverse, manifested in the following species:

1. Monogamy — the formation of a couple for the season, the joint incubation of eggs and care for the offspring. The most common form of marriage;
2. polygyny — pairing a male with different females for a season, eliminating from participation in incubating and caring for a brood;
3. polyandry — mating females with different males, laying eggs in several nests. Nasizhivanie and care are carried out by males;
4. double nesting — laying eggs in two nests. In the first, the female herself incubates the chicks, in the second the male takes care of the care. Assistance to newborn waders is also separate.

Nesting waders are engaged on the ground, eggs lie in pits without litter. Some species of birds grab other people’s nests in the trees. 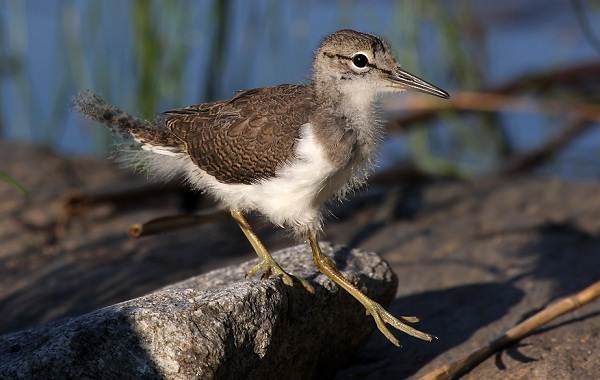 Nestlings are born sighted, a body with a thick down. Although babies are able to feed themselves from birth, parents are worried about offspring: they warm, protect, lead to the forage areas. In case of danger, waders desperately defend the nest, attack the enemy.

By the age of two, the young are ready for mating. The average life expectancy reaches 20 years.

Dehumidification of territories and mass building deprive feathered habitual places, threatens with reduction of populations. Neighborhood with man is fatal for birds, but only man can create conditions for the rescue of rare species of waders.

Kinkajou is an animal. Habitat and lifestyle kinkajou