Many of us dislike amphibians — snakes, toads, frogs. But among them there are very nice, bright, extraordinary creatures. True, they, as a rule, are really dangerous. Among them, the well-known representative of the amphibian family is the tree frog, or, simply, frogs. 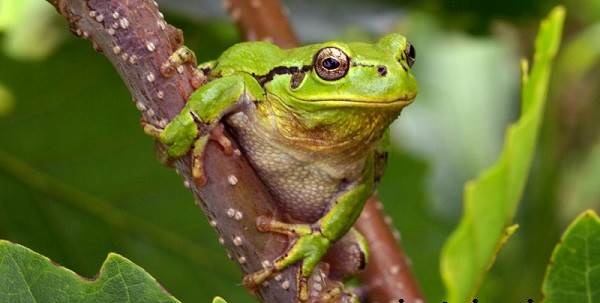 The appearance of a tree frog

Tree frogs belong to the family of tailless amphibians, and include more than 800 species of tree frogs. The main difference between these frogs and the others is the presence of special suckers on their paws, thanks to which they are able to move vertically.

Such suction cups on the fingers are equipped with additional muscles, which relax them and allow you to more closely press against the substrate. In addition to these stickies, there are also sticky patches on the skin of the abdomen and throat.

The second difference of tree frogs is that many species are brightly colored, this can be seen in the photo. Scandalous neon-green, bright yellow, green-orange, red colors highlight this amphibian, warning those who want to have dinner that this dinner will be the last not only in the life of the frog, because they are usually very poisonous.

But, there are also less noticeable species — gray or brown, for example, American tree frog . And squirrel frog can even change color, adapting to the surrounding world.

The size of these amphibians depends on the species, and the largest of them are up to 14 cm in length. On average, their size is only 2-4 cm, and dwarf tree frogs are generally a little more than a centimeter.

This is not surprising, because the large weight of the frog climber will not withstand thin branches and leaves of trees. Males are smaller than females, but they have a leather bag under their neck, which they can beautifully inflate and make sounds to them.

Listen to the voice of a tree frog

The eyes of tree frogs usually protrude from the head, providing binocular vision. Pupils are most often located vertically. The tongue is long and sticky, very convenient for hunting insects.

Separately, it should be said about the poisonousness of the tree frog — not everything is so bad for humans. Some generally only disguised as dangerous. To get poisoned, you need to prevent the ingress of poison into the body.

Touching hands can be unpleasant and painful, but not fatal. It is believed that toxicity is not the innate quality of a frog. Studies have shown that the poison is adsorbed from insects, which are contained in minimal doses.

Live frogs in the temperate climate zone of Europe and Asia. The Netherlands, Lithuania, Poland, Romania, Belarus, Moldova and Ukraine — this is their habitat. In our country live in the central part.

In the photo are American tree frogs

Many species reside in Korea and China, Tunisia, the Japanese islands and northwest Africa. North and South America, Turkey, Australia, the Caribbean islands are also the home of these amphibians.

Over time, they were settled in New Caledonia, New Zealand. A red tree frog was found in the jungles of Panama and Costa Rica. Simply put, these amphibians live everywhere except Antarctica.

Tree frogs like to settle in humid tropical, mixed forests. They are suitable and the banks of reservoirs, swamps, large wet ravines. They live both in trees and in forest litter, and some species in lakes and ponds. This species of amphibians chooses hot and humid thickets for life, where there are a lot of insects.

Frogs are both day and nightlife. Frogs are cold-blooded, and their body temperature depends on the environment. Therefore, they are not afraid of either cold or heat. 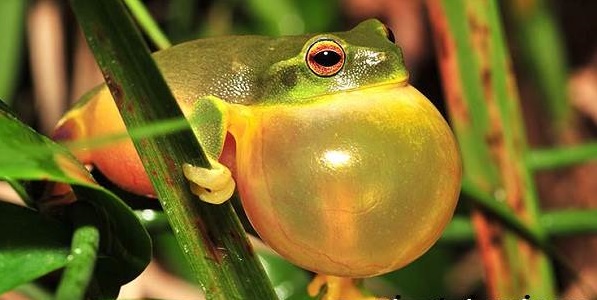 In the photo a tree frog with a swollen throat bag

When the air temperature becomes critically low, these amphibians fall into anabiosis, burying themselves in the ground. In the hot desert tree frogs also live, and can do without water for many years. It is not surprising how these creatures survived for 200 million years.

The poisonous mucus that forms on the skin of these frogs protects them from viruses and bacteria. And also, discharge is formed on the skin at times of danger. As usually happens, poisonous creatures can be both useful and healing.

So from the fat of a tree frog they prepare drugs against diabetes mellitus, hypertension, the formation of blood clots, to increase immunity and much more. Even in medicine, oil of roe frogs is used. On its basis, preparations are made for the treatment of stroke and increase libido.

Kids tadpoles tree frogs feed on plant food. And adult individuals are insectivorous. As feed suitable for any bugs and spiders living in this ecosystem. 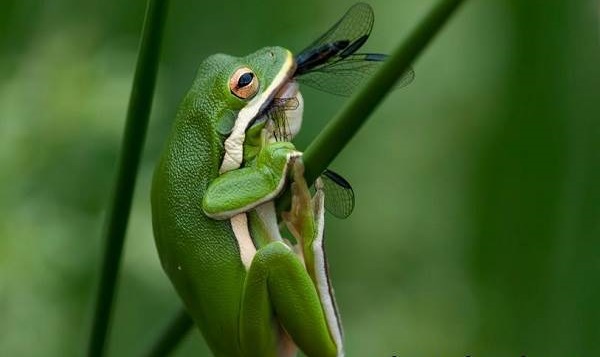 Frog butterflies , ants , flies , caterpillars, beetles , grasshoppers are eaten . For catching prey, use a long and sticky tongue. There are also cannibals in the family — a golden tree frog , instead of insects it eats its own kind.

Beautiful and unusual representatives of amphibians are kept in domestic aquariums, where they feed live insects with tweezers, such as worms, ground beetles, crickets and other small invertebrates.

Residues of food should be periodically removed from the terrarium, put clean water in the drinking trough and for bathing, as well as remove mucus harmful to frogs from the walls.

Reproduction and lifespan of a tree frog

Males use their secret weapon for attracting females — songs by throat sack. Different types sing in different ways, so only the “necessary” brides react. 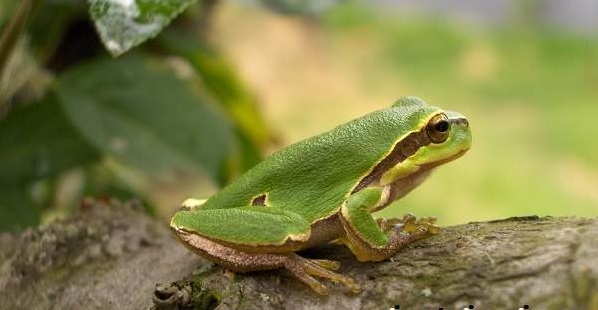 As for the behavior in the mating season, it is also different for different species. Representatives living in the trees, go down to the ground, where they call the female. Most often, mating directly occurs in water.

The female frog lays its eggs in the water, and the male fertilizes it. There are species that mate on the ground, and the eggs are hidden in the twisted leaves or are worn at all until the tadpoles hatch.

Eggs in one clutch can be about 2 thousand and more. They mature completely differently in different species. There is a «precocious» caviar, it turns into larvae after a couple of days, and there is one that needs two weeks to mature.

The larvae gradually turn into adult frogs, and this happens within 50-100 days. They become sexually mature only for 2-3 years of life. There are different kinds of different amounts of time. There are those who do not live longer than three years, and some live 5-9 years. In captivity, individual individuals live to 20 years.