Содержание скрыть
1 Who are trilobites?
2 Features and habitat of trilobites
3 Evolution and in what period the trilobites lived
4 Nutrition and reproduction of trilobites

Trilobites is an extinct class of the first arthropods that appeared on the planet. They lived in ancient oceans more than 250 million years ago. Paleontologists find their fossils everywhere. 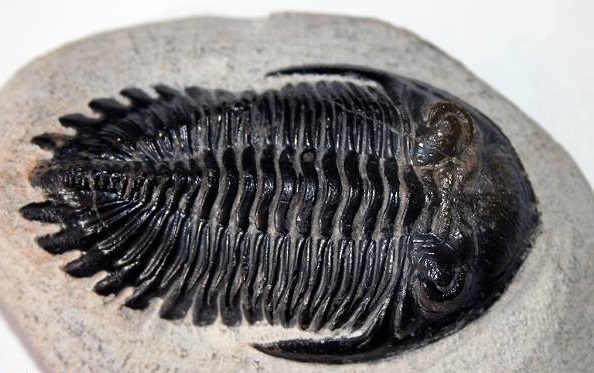 Some even preserved their life color. In almost any museum you can find these amazing exhibits, some collect them at home. Therefore, trilobites can be seen in numerous photos.

They get their name because of the structure of the body. Their shell was divided into three parts. And it could be both longitudinally and transversely. These prehistoric animals were widespread, and very diverse.

Today there are about 10,000 species. Therefore, they deservedly believe that the Paleozoic era is the era of the trilobites. They died out 230 ml years ago, according to one hypothesis: they were completely eaten by other ancient animals.

Features and habitat of trilobites

Description of the appearance of the trilobite is based on a variety of findings and research conducted by scientists. The body of a prehistoric animal was flattened. And covered with hard shell, consisting of many segments.

The sizes of these creatures ranged from 5 mm (conocorif) to 81 cm (isotelus). Horns or long spikes could be located on the shield. Some of the species could fold their soft body, closing the shell. The oral opening was located on the peritoneum.

The shell also served to attach the internal organs. In the small size of trilobites, it was just from chitin. And at large, it was also saturated with calcium carbonate, for greater strength.

The head had a semicircular shape, and covered with a special shield, served as armor for the stomach, heart and brain. These vital organs, according to scientists, were located precisely in it.

Trilobite limbs served several functions: motor, respiratory, and masticatory. The choice of one of them depended on the location of the tentacles. They were all very soft and therefore rarely persist in the fossils. 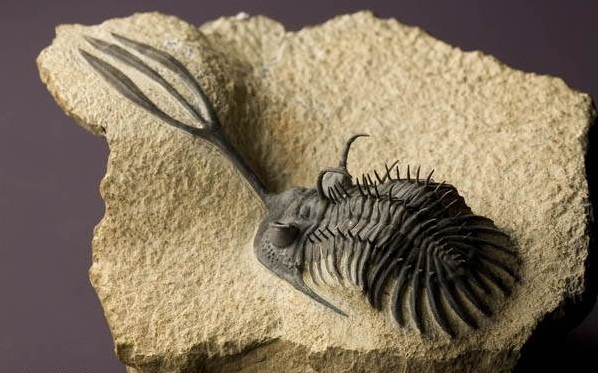 But the most amazing of these animals were the senses, or rather the eyes. Some species did not have them at all: they lived in muddy water or deep at the bottom. Others had strong legs: when trilobites buried in the sand, their eyes remained on the surface.

But most importantly, they had a complex faceted structure. Instead of the usual lens they had lenses of calcite of mineral origin. The visual surface of the eyes was positioned so that in arthropods the angle of view was 360 degrees. 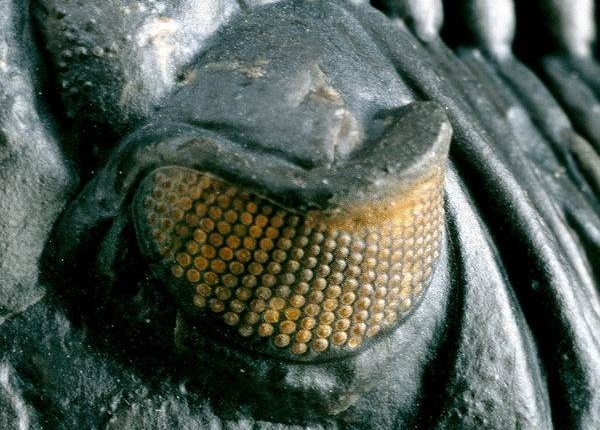 Trilobite eyes on the photo

The organs of touch in trilobites were long antennae — antennas on the head and near the mouth. The habitat of these arthropods was mostly the seabed, but some species lived and swam in the algae. There are suggestions that there were specimens that inhabit the water column.

Evolution and in what period the trilobites lived

Trilobites first appeared in the Cambrian period, then the flowering of this class began. But already in the Carboniferous period, they began to gradually die out. And at the end of the Paleozoic era completely disappeared from the face of the Earth.

Most likely, these arthropods originated initially from Vendian primitive ones. In the process of evolution, the trilobites acquired the caudal and head division, not divided into segments, but covered with a single shell. 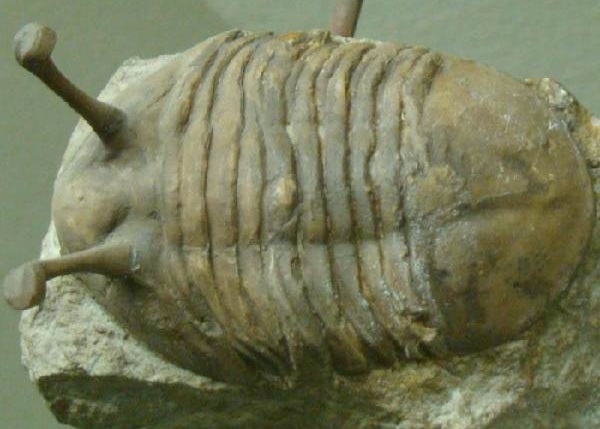 At the same time, the tail increased, and the ability to turn around appeared. It became necessary when cephalopods appeared and began to eat these arthropods.

In the modern world, the vacant niche of the trilobites was occupied by isopods (isopods). They look very much like an extinct species, differ only in thick antennas consisting of large segments. The appearance of trilobites was of great importance for the development of the animal world and gave impetus to the emergence of more complex organisms.

All the development of trilobites took place according to the theory of evolution. By the method of natural selection from more simple types of arthropods, more complex ones appeared — “perfect”. A refutation of this hypothesis is only the incredibly complex structure of the trilobite eye. 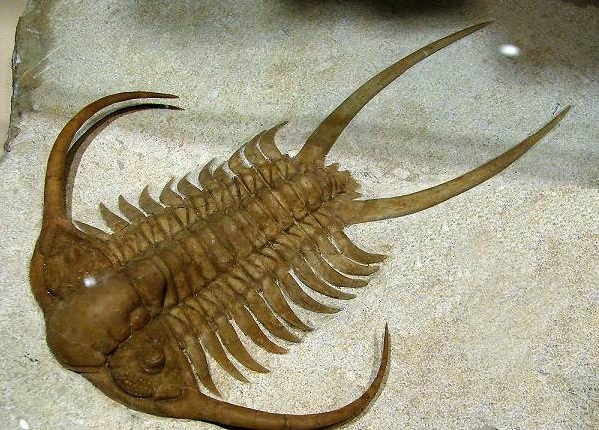 These extinct animals had the most complex visual system, the human eye is no match for it. Until now, scientists can not unravel this mystery. And they even suggest that the visual system undergoes a degenerative process in the process of evolution.

Nutrition and reproduction of trilobites

There were many types of trilobites, and the diet was also varied. Some ate silt, others — plankton. But some were predators, despite the lack of familiar jaws. Food, they were crushed with the help of tentacles. 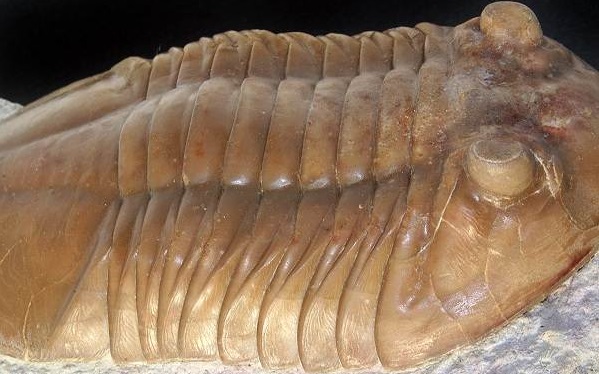 In the photo trilobite isothelus

In the latter, remains of worm-like creatures, sponges and brachiopods were found in the stomach. It is assumed that they hunted and ate creatures living in the ground. Trilobites could eat and ammonites. Moreover, they are often found in the fossils found.

Investigating the remains, scientists concluded that the trilobites were sexted. This is confirmed by the detected hatch bag. At first, the larva hatched out of a lay egg, about a millimeter in size, and began to passively move in the water column.

She had a solid body. After a time, it is divided immediately into 6 segments. And during a certain lifetime, multiple molts occurred, after which the trilobite body size was increased by adding a new section. Having reached the full-segment state, the arthropod continued to shed, but simply increased in size.