Turonian tiger. Legends and the facts of life of a predator

Among the largest tigers living in wildlife, half a century more it was possible to see the Turonian tiger back. The exterminated subspecies differed in a bright color and special wool. There is a hope for revival by means of the difficult program of reintroduction of an animal in the conditions of the created natural wildlife reserve. 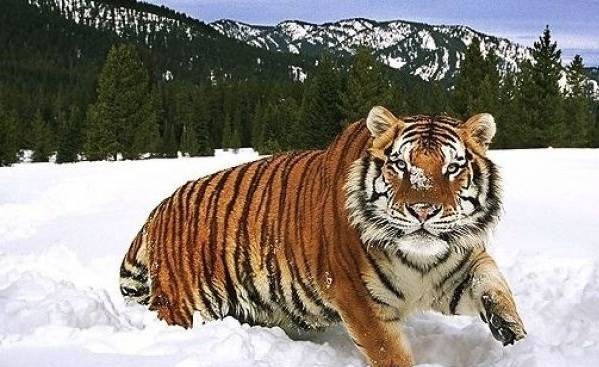 Features and habitat of the Turonian tiger

The Turonian tiger called Caspian, Persian or Transcaucasian according to names of ancient places of Central Asia and thanks to distribution of an animal on coast of the Caspian Sea.

The local people called a natural giant dzhulbarsy that in translation from Turkic adverbs «the vagrant leopard» means. This name reflected one of important behavioural features of a tiger – ability to overcome hundreds and thousands of kilometers of a way from places of initial stay. In day the animal passed to 100 km.

Together with Bengalese and Amur tigers julbar divided superiority among the biggest wild cats. Certificates on the mass of one individual in 240 kg and body length to 224 cm remained, but probably representatives were larger.

On the remained skulls it is possible to judge especially massive head of an animal. It distinguished the Turonian tiger from other subspecies. Tigresses conceded in the sizes a little.

Wool of an animal was fiery is more red with especially long hair. In the winter it was decorated by the dense and fluffy whiskers passing into a mane, and the fur of underbelly became especially dense.

From a distance the animal seemed shaggy. Strips on wool were thin, long, often located on a skin. Unlike other relatives striped drawing was brown, but not black.

Despite the large sizes, tigers differed in flexibility. Its jumps to 6 meters testified to a combination of force and dexterity. Grace of a predator is noted still by ancient Romans. 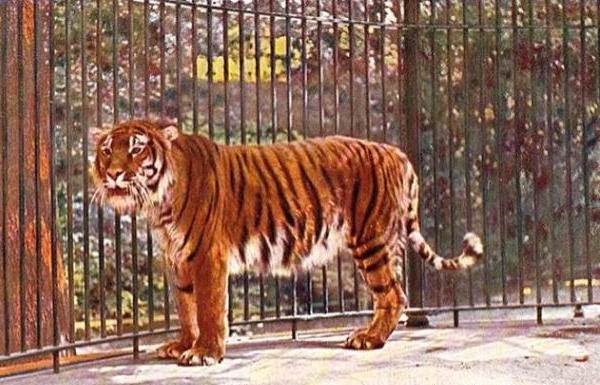 The past of a mighty animal originates in a prehistoric era. Places where the Turonian tiger lived, covered in prescription of the territory in the Caucasus, in Kazakhstan, Turkmenistan, Uzbekistan, Afghanistan.

Still in the thirties the last century of tigers saw in Armenia, Azerbaijan. The last representative of subspecies was destroyed in 1954. About 20 years later, the Turonian tiger recognized died out.

The subtropical woods, impassable thickets, valleys of the rivers were habitat of animals. The water source was an indispensable condition of accommodation of a tiger. Not incidentally, Lake Balkhash, coasts of Amu Darya, other rivers was their constant place of an area on northern borders. Thanks to motley coloring the predator reliably masked among cane and reed thickets.

Character and way of life of the Turonian tiger

The Turonian tiger – the largest and dangerous predator living in Central Asia in last centuries. The people occupying these territories allocated it with properties of a superbeing. About power and strength of an animal legends, myths are put.

Along with it people weren’t afraid of tigers, considering that there is no big threat from its emergence for their dwellings. The main food supply of predators was in the tygai woods where the animal hunted on boars, roes, pendents.

The mind of people was blown by ability of a tiger skillfully to mask, despite the big sizes, suddenly to appear and disappear in different places. To it attributed strength of the werewolf. 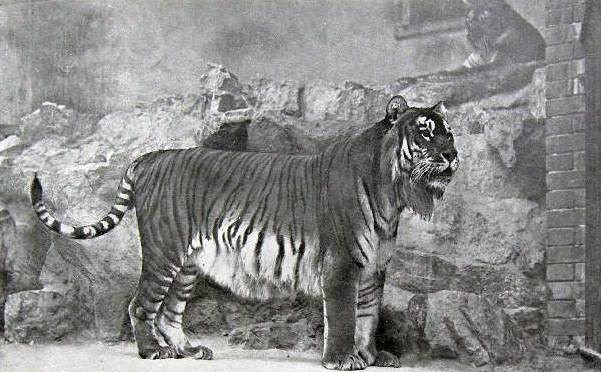 Despite a ban of the image of living beings, according to beliefs of Islam, a tiger it is possible to see in drawings of fabrics, carpets, even on facades of ancient mosques of Samarkand. Influence of natural power of the Persian tiger on consciousness of people is so significant.

Cold snow winters were the most hard time for tigers. Animals looked for a place where there was the smallest snow cover, and arranged a den. Some individuals were started up in vagrancy then frightened by sudden emergence in areas where before nobody met them.

Left for hundreds of kilometers, came nearer to the cities and often perished from hands of the person seeing danger from a tired and hungry predator.

Food of the Turonian tiger

The boar was the main object of hunting. Found in stomachs of the Turonian tigers of animals a little, but, first of all, meat of this artiodactyl inhabitant of the woods. Assume that appearance of the Turonian tiger in Kazakhstan resulted from prosecution of a livestock of wild boars and migration behind them.

Except it, the Caucasian deer, dzheyrana, roes, elks, pendents, porcupines, goats, saigas became the victims. If in way jackals or cane cats met, the tiger didn’t disdain this production. 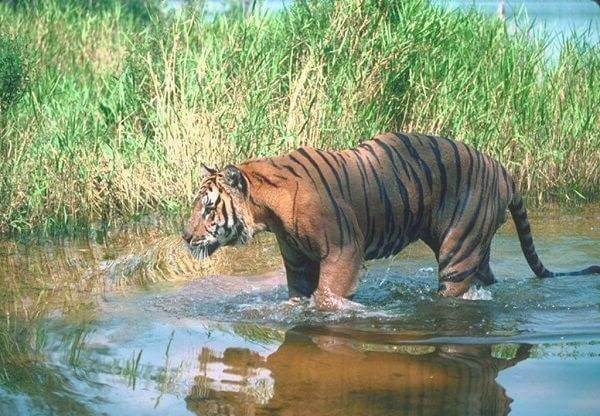 On a photo female Turonian tigress

Casual birds, catching of rodents, frogs and turtles rescued from hunger. At reservoirs the large tiger turned into an ordinary cat who hunted for the fish going for spawning.

Catching cases for tigers of sazans on the small rivers are known. Cases of attack on pets, including dogs met. Exclusively seldom the drop was food of tigers. Support forces of a predator fruits of a sea-buckthorn and the sucker.

The Persian tiger has ancient history since antique times. Once participated in gladiatorial fights along with Bengalese and the Turonian tigers. They had to meet the relatives and berberiysky lions. Why the Turonian tiger died out, having thousand-year history of a survival, it is possible to determine by events of 19-20 century of century.

In the territory of Central Asia mass resettlement of people in 19 century and development of edge had catastrophic impact on disappearance of population of animals. Episodes of use of military units on destruction of predators in response to requests of locals are known. 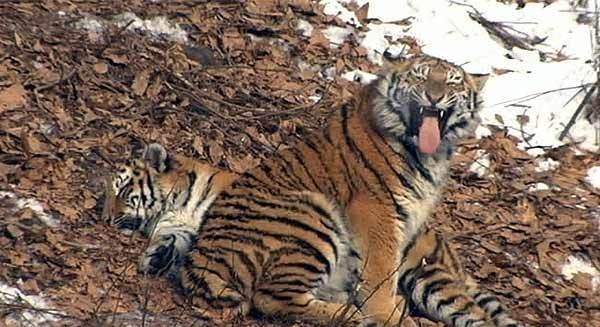 Okulturivaniye of lands on river courses under agricultural needs and buildings deprived of animal habitats and food supply. Waters of lakes and rivers were applied under an irrigation of grounds, and the inundated woods were cut down. The habitual area of dwelling of tigers was destroyed, in droughty areas large animals perished.

Separate individuals still wandered on the woods of the Caspian coast, by one of the last met a Balkhash Turonian tiger, but in general population was exterminated.

Recognition of extinction of subspecies sets a task of its reintroduction now. In Kazakhstan creation of the wildlife reserve from 400 thousand to 1 million hectares of the earth for full work on restoration of a look is planned. The person is guilty of tragic destruction of tigers, to it and to revive this surprising creation of the nature.