Yurok bird. Lifestyle and habitat of the bird Yurok

Many have heard wonderful bird trills coming from the bushes, they have seen small birds that look like sparrows and make beautiful sounds that are not inferior to nightingale arias, but they never thought about the fact that they are not nightingales and not sparrows, they are jyrki birds. 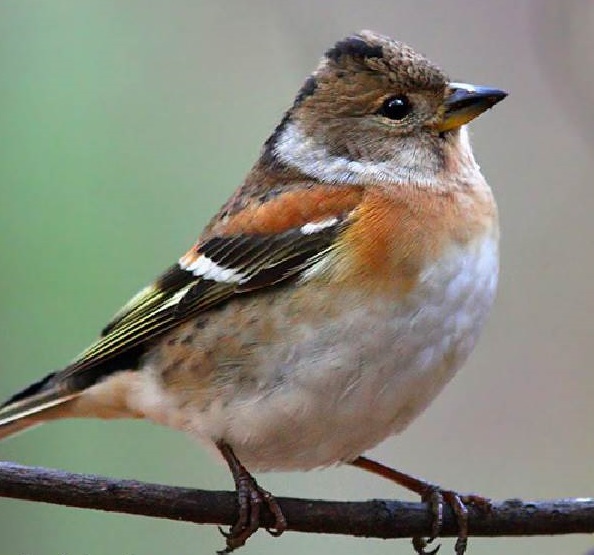 Features and habitat of the bird Yurok

The description of the Yurok bird should be begun with the fact that there are two official names for this bird, the second and most famous one is the finch. And there are a lot of species of these little singing birds — 21 species, they are distinguished mainly by the color of their plumage.

The most famous types of yurks include:

More than the rest resembles a sparrow. The abdomen is very “fluffy” and beige, the back and wings are brown, and the tail and tail feathers are black.

Very unusual and beautiful birds. Abdomen lemon or bright yellow. The wings and back are covered with spots and stripes that are intertwined in an intricate pattern, individual for each yyrka, so the photos of birds always differ from each other. 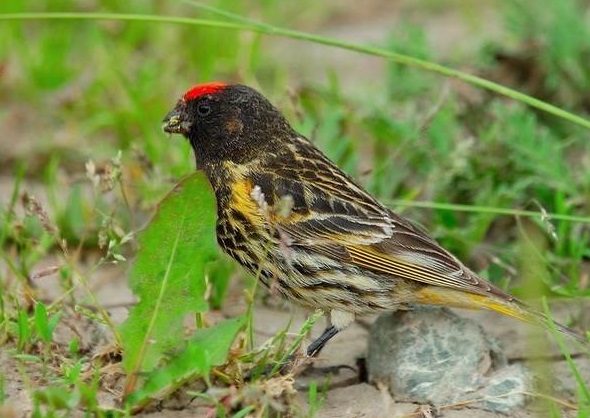 In the photo krasokolapochny Yurok

The bird is a uniform grayish color with a bright red head, however, sometimes the “cap” is orange and specks are added to match the wings.

Named so because of the environment of their stay. They are different from the others in the chocolate color of feathers with black splashes and the presence of a developed powerful beak. 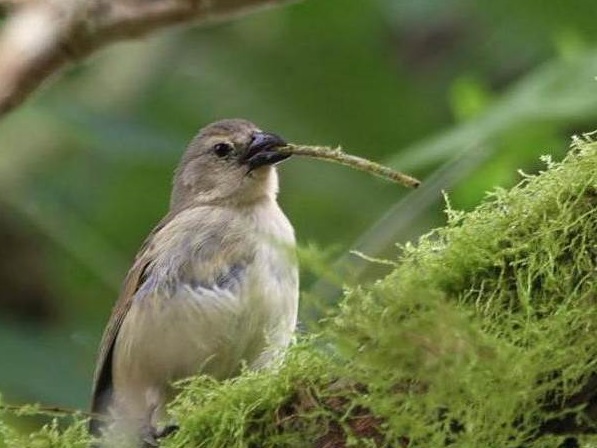 In the photo Galapagos Yurok

Most often the photo of the bird Yurka show exactly this kind. These birds are not only very beautiful, but also the least fearful of all their relatives. The color of the abdomen of any tone is yellow, but with an acid tinge, the rest of the feathers are of an even brown tone. 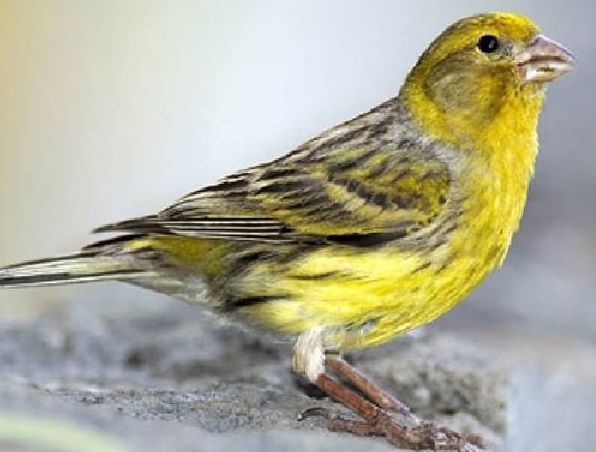 In the photo is yellow-bellied yurok

It differs from its relatives in the even color of feathers. In females, the plumage is gray or brown, in males — bluish-black. Jyrki nest in the forests, with open meadows and a small number of bushes, along the alleys in the parks, in the forest plantations and along the banks of the rivers. 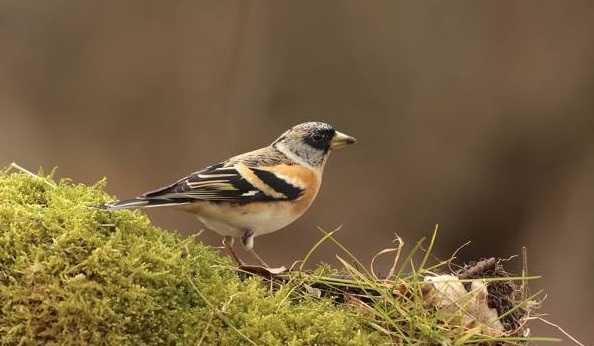 On the photo of earthy yurok

Birds are migratory, fly to the latitudes of the Mediterranean for wintering, especially many birds winter in Italy, and in the Western Hemisphere in California and in the north of Mexico. In length, the yyrki grow up to 15 cm, the bird’s weight, on average, ranges from 14 to 35 grams, and the wingspan is from 24 to 26 cm.

The nature and lifestyle of the bird Yurok

Birds Jyrki live in flocks, nest too heap, all together, side by side. They nest very dense, without cracks, deep and carefully cover them with down, grass and everything that is suitable for creating comfort and warmth.

Eggs in the nest usually appear at the end of May, the female incubates them for 12 to 15 days. All this time, the male takes care of her, not forgetting to sing songs in the evenings and before dawn. Chicks on their first flight are already sent on the 14-16th day of life, and, sometimes, even earlier.

Jyrki are very social, if suddenly, for some reason, the female remains alone on the eggs, without a male, then the whole flock takes care of her. The number of nesting in one place depends on what resources of food this place has.

When food is scarce, a part of the flock can separate and move to another place, but for the wintering flight the birds must be reunited. Jyrki is much more loyal to people than many little songbirds.

Quite often, one can see a colony that has stopped at a nest in the ventilation holes of high-rise residential buildings dating back to the 1970s and 1980s. In such houses there is a “cellar” under the kitchen window-sills with a ventilation hole, which the occupants who entered the house, of course, immediately repaired from the inside. And outside there were just perfect ready-made «houses» for yurks.

These birds are omnivores. With great appetite, they peck at seeds, berries, beech «nuts», fallen fruits and all that they fall. With the same enthusiasm, the jerks peck at the caterpillars, catch insects on the fly, and get the larvae.

True, they do not hammer the bark like woodpeckers, but «collect» what is on the surface. Jyrks enthusiastically lift food from the ground, splashing in puddles with pleasure and basking in the dust, constantly chattering at the same time. 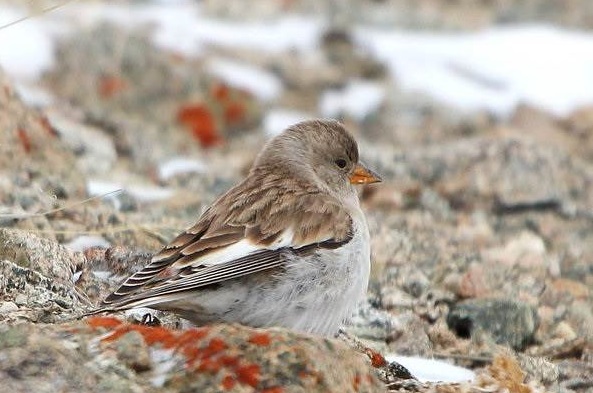 In the photo snow Yurok

It has been observed that birds stopping at nesting sites in cities, parks, or other areas that suit them, love to sprinkle apple stumps, remnants of hamburgers and hot dogs, and even drink puddles from under fallen ice cream.

How useful such food is, of course, is a very big question, but a flock of squealing small birds will not miss even the remains of a grilled chicken thrown by.

The only thing that the junkies do not pick up is the fish, both dried and any other. If there are troughs hung by people next to the colony of these birds, then the Jyrki will become their regular visitors.

Reproduction and life expectancy of the Yurok bird

Jyrki are absolutely monogamous birds, to fanaticism. Only one partner for life. If something happens to someone from a couple, the remaining Yurok will never again enter into “family” relationships.

While the female incubates the eggs, on average, for about a couple of weeks, the male not only carries her food and entertains with songs, but also necessarily grabs branches, blades of grass, pieces of cloth and everything that can be used in nestin 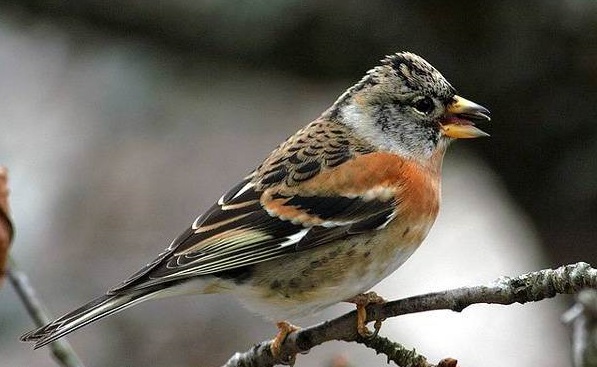 Nestlings feed up together, however, the nest is never left unattended, adults leave it strictly in the order of alternation. It does not depend on how much the bird’s house is sheltered and safe. Even if the nest is in the ventilation opening, that is, it is closed on all sides, the birds still fly out only in turns, leaving no chicks for a minute.

But only the female teaches to fly and feed the kids on their own, the male does not interfere in this process at all. As for life expectancy, under favorable conditions in nature, family jurks live up to 15–20 years. According to the observations of ornithologists, the birds, left without a pair, live much less, up to 12-14 years. 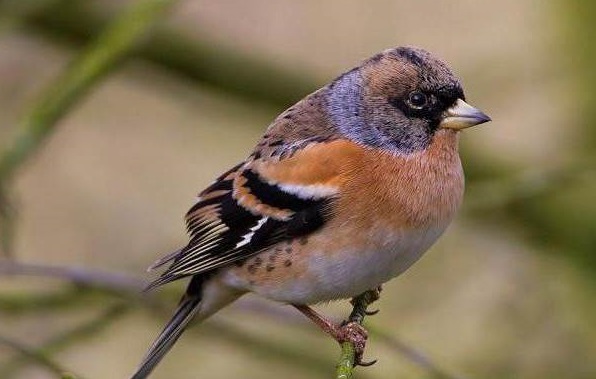 In the photo canary yurok

It should be noted that the Yurok bird singing is quite possible to listen in your own apartment. The birds live well in captivity, they feel great, their content is no different from the content of the canary. In apartment “cellular” conditions, the lifespan is very different, there are examples of the fact that birds confidently step over the 18th summer milestone, and there are also those who do not live to 10 years.

Birds of the marshes. Description, names and features of swamp birds