How versatile and diverse the wildlife and its inhabitants. A huge number of birds and animals – underwater, surface and underground, living in the most incredible places.

Some settle, making a nest right on the rock, others almost spend their entire lives in the water, and some climbs out of the dungeon. It would seem that habitat conditions are not suited to living. And there, feels great, live and breed a certain animal, many hundreds of years. 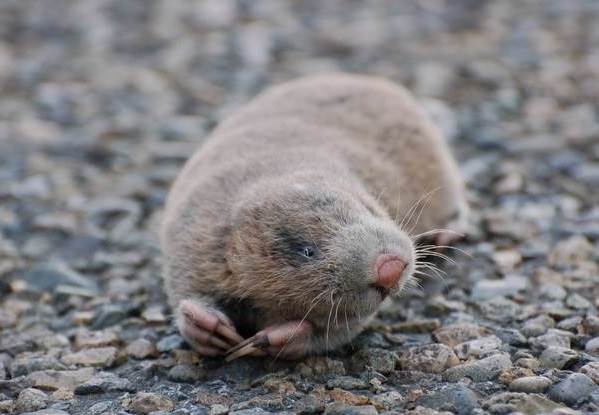 One of the representatives of the underworld — zocor. Living deep underground plush miracle. There was a time when they were massively destroyed because of the beautiful and very pleasant to the touch coat.

And these days, danger is long past. And now animals Zokora concerned exclusively farmers and gardeners, pemeriksa their lands along and across, and eating cultures.

Description and features of Zokor

Rodent zocor belongs to the family of hamsters. Subspecies catarinich, slepysheva. In nature there are several types of these animals. Daurian Zokora lighter color. They on top of the head is nice beige spots.

The largest representatives of sokorov – Altai. This half-pound animals with longer muzzles and noses. Their tail is also slightly lengthened. Even discern the similarity with a small nutria.

Looking at a photo of the Altai zakarov, you can see that their coat is darker than usual, and the tail is lightly covered with gray hair. Manchu Zokora bald, stubby tails like hamsters. Fur is uniformly gray, without any tides.

Zocor in the photo looks as attractive as in nature. Soft, pleasant to the touch fur brown mouse-colored. The abdomen they have a lighter shade. Body length does not exceed thirty centimeters. 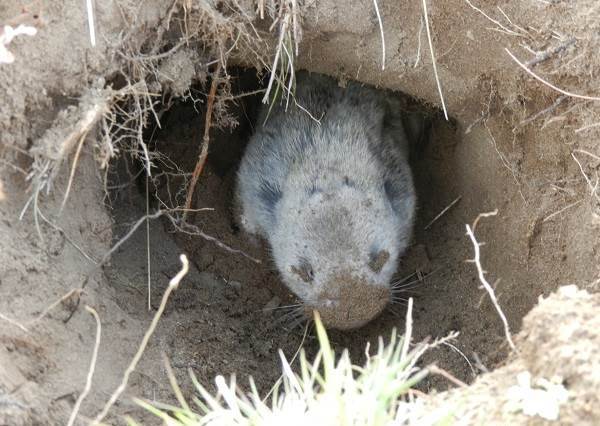 But depending on the Zokor species, their sizes are a little different. Torso that fades into a small pointed head, which almost no visible ears.Neck, as such, is not visible.

And two small dark beads of eyes, tightly protected by a dense cilia from getting into their land. But, despite this, cocori great feel under the ground, and compensate for lack of vision hearing and sense of smell.

They can hear what’s going on over the earth for a few tens of meters. And sensing danger, time to dig deeper into the shelter. Nose, or rather its tip, is strongly hardened skin with which he is well rake the ground.

And a short, six inch tail. And legs they have, is generally a separate conversation. They are quite short, but so powerful. Front and slightly larger rear. 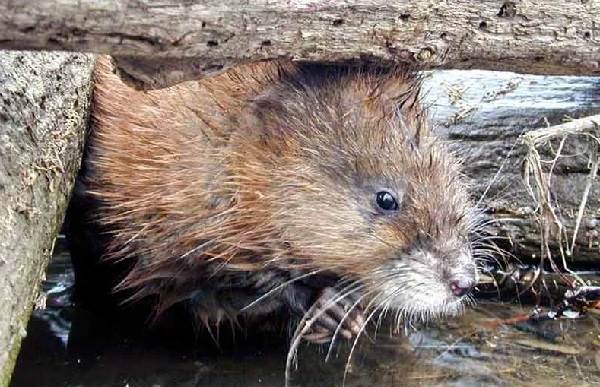 And fingers of the forelimbs, a huge curved in the arc claws five inches in length. With their help Zokora easily cope with the soil under the ground that comes his way. The pads on the legs too wide and not covered with hair.

These underground residents live in the steppe and forest-steppe zones of the Asian continent. And in the centre of southern Siberia. The indigenous people of the TRANS-Baikal, Altai and N Primorskogo region, Tomsk and Novosibirsk. They settle on the soft and lush grassy lands near the rivers. But in mountainous areas and on rocky lands can not find them.

The character and the lifestyle of the Zokor

Nora Zokor, reaches fifty feet in length, and a depth of three meters. But it is divided into zones. The aft area to be virtually above the surface. They swarm the land, mined to feed grass roots, and then gently dragged to the ground and the stems. 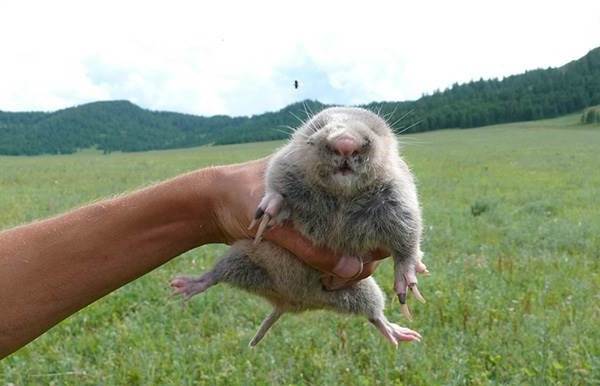 The excess soil pushed to the surface beautiful clumps. Get long mined track. It is for them, you can easily identify where the animal is settled. And information for growers, the land, dug Zokora, very favorable for transplant flowers.

During the summer, animals prepare their winter reserves in the form of vershoks and rootlets. And get them into the deeper part of the hole. Produced and dividing into piles, and putting them in different storage rooms. Sometimes, the volume of reserves reaches ten pounds.

These Hyper-active animals are constantly at work. Then they dig a hole, throw the earth. Producing their own food, their postures will be envied even a yogi, and up by the feet and to the bottom of the belly. He sleeps in woven from blades of grass and dug in the ground, very comfortable cocoon. Every time I come on the night, buried in the nest, the entrance closes with grass and dry leaves.

In the summer, hot days, animals can occasionally get out to the surface. However, he will be very careful. Moving on a short distance, taking a wary posture, and listening, scenting the air, controlling the situation.

And no wonder, such excessive caution. Because such predators as foxes, ferrets and large birds of prey gladly hunt them. Still, to be above the ground, the animal is forced, during the floods or plowing fields. In the case of mechanical damage of the home, cocori immediately start renovation and repair. 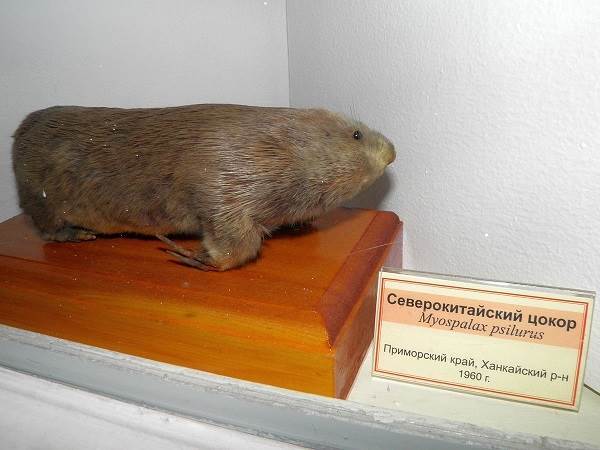 In the deepest part of the hole Zokora winter. But they do not hibernate. And sometimes, in the winter days, get out, twisting passageways under the snow.

By nature, these animals are absolute loners. They live in pairs, and agressiruesh at the sight of a fellow, taking a combat posture frightening. People studying the life and habitat of these animals, suggest that Nora male and female animals where it is in contact.

Zokora eat only plant food, unlike his fellow moles and slepakov. Everything that comes in their way, while digging the soil, roots, rhizomes, tubers, whole aboveground herbs, all included in their diet.

And in the spring they are not averse to eat earthworm. And if their way was the potatoes, all of it will be in the storerooms of the animal. That they harm farmers and gardeners. 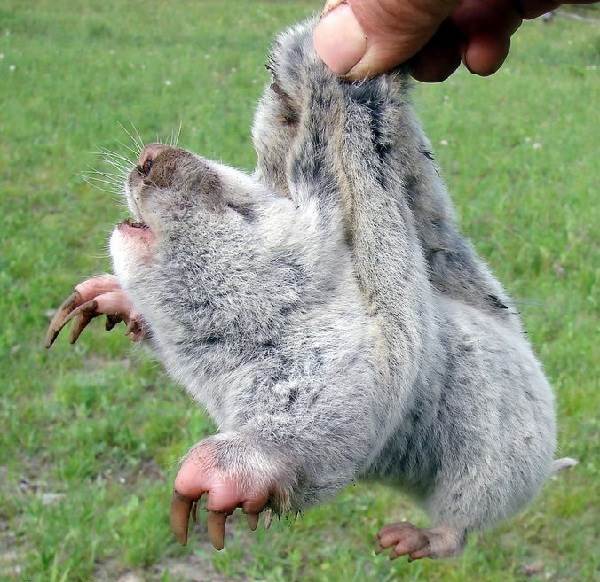 And those, in turn, are active in the struggle with the animal. What methods just don’t resort to fight them. And ultrasound expelled from the burrow and dig, and water is poured. Some even manage to lure the animal out of the hole in the rotten fish. But tocaram all uneasy, they continue their craft in the gardens.

Mature period the representatives of this family, there comes a seven, eight months of life. Some individuals Mature in only two years. Mating typically begin in the fall, closer to winter.

And since the beginning of spring, the light appears offspring. It only happens once a year. Cubs three, five, rarely up to ten. The kids are a little gray, bald, almost transparent and all wrinkled.

As they are solitary animals, and the care of children to go only to the mother feet. The mother nurses them with her milk. Her nipples arranged in three rows. 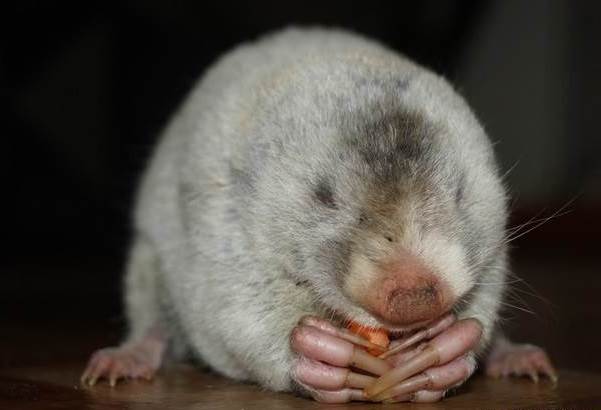 And by four months of grown-up offspring is coming into adulthood and starting to build their own mazes. By this time of the year are just full of green food.

Young Zokor more have ground herbs, so do not stay hungry and growing fast. Zakarov kids, unlike adults are friendly enough, and at a meeting with the person are in his hands.

In favorable habitat, individuals live from three to five years. But still, there is a danger of catching zakarov for vychinki their plush coats.