Spiny mice Akomis — mammals of the order of rodents. Its generic name «needle-like» is obliged to the needles, which cover the back of the animal. 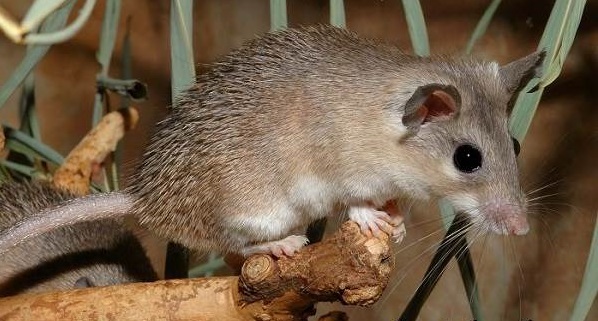 Acomis live in the wild, but thanks to their exotic appearance and ease of maintenance, acomises have become favorite pet rodents, along with rats , hamsters and guinea pigs .

Distribution and habitat of acomis

Habitat akomis habitat is extensive — these are the countries of the Middle East (mainly Saudi Arabia), the hot lands of Africa, the islands of Crete and Cyprus.

Favorite habitats — deserts, rocky areas of savannah and canyons. Acomises are social animals, they prefer to live in groups, helping and protecting each member of the settlement. Holes, usually left after other rodents, are used as shelter and shelter. But they are able to dig their own housing themselves. 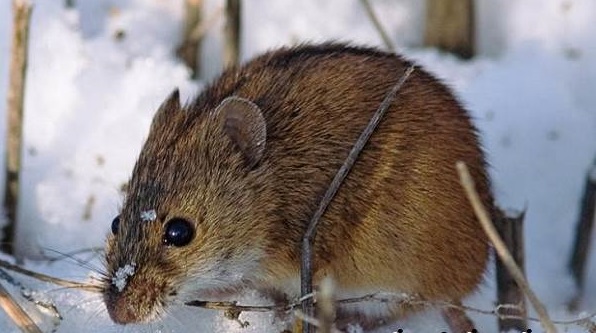 Activity is shown at night or in the early morning. In search of food, people often come close to housing, and even live in burrows under houses. One such settlement can bring substantial harm to the crops that a person grows.

In the photo acomis look like ordinary mice — an elongated muzzle with a mustache, black beady eyes, large round ears and a long bald tail. The color of the fur is also not surprising brightness of colors: from sand, to brown or red.

But there is one detail in the guise of akomis, which strikes at first sight — there are a lot of needles on the back of a rodent! An amazing animal that has gathered the unique features of several species of animals: 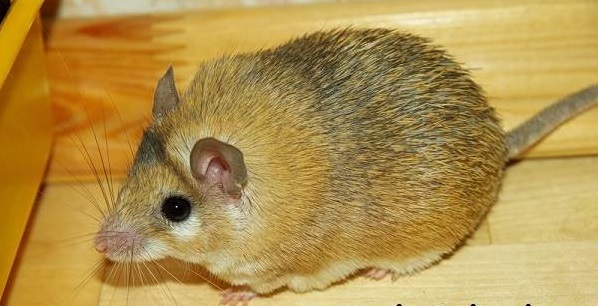 Akomis have very dense coat on the back, resembling hedgehog thorns

The back of the mouse is covered with needles, like a hedgehog . The only difference is that the needles of the rodent are false. They are bunches of stiff bristles. This is a kind of protection from predators. Having eaten such a “hedgehog”, a toothy beast will suffer for a long time from irritated throat and intestines;

Like lizards , akomis «shed» their tail. But amphibians are in a more advantageous situation — their tail grows again. The mouse, having once parted with it, can no longer return it;

Just like sphinx cats , akomis are animals that do not cause allergies. This feature has become one of the main reasons for the breeding of needle-like mice at home. Unlike other rodents, acomis are odorless;

The only mammal animal, along with a human, is capable of regenerating tissues and restoring hair follicles. On the skin of the animal there are no scars — the epithelial cells move to the wound site and fully restore the functionality of the damaged area.

Care and maintenance of Akomisa house

Spiny mice are not whimsical in conditions of detention. If you follow a few simple tips, the animal will feel great away from wildlife, and you will be touched, watching the stormy activities of the little restless.

In their natural environment, spiny mice live in groups. In order not to disturb the natural way of life, it is better to buy Akomis not one, but at least two. 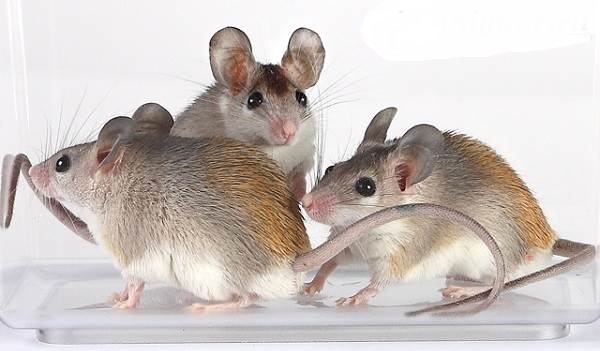 It is better to start two or more akomisov

If you plan to breed rodents, then you need to choose pets in different stores to eliminate the mating of relatives. The offspring of such «blood ties» is characterized by low immunity and susceptibility to diseases.

Before you go shopping, you need to prepare your future home. The ideal option would be an aquarium with a small mesh cover. Do not skimp on its volume, as akomises love to run and climb a lot on various stairs, slides, hollow logs.

Spin the wheel — one of the favorite activities of the animal. It should be solid, without joints and crevices. This choice is due to the particular fragility of the tail of akomis. It breaks easily or comes off completely. Be very careful when picking up a pet. Try not to touch his tail, and in any case, do not pull it.

The bottom of the aquarium is covered with torn newspapers or sawdust. Spiky mice will be glad to a cardboard house in which they can rest and raise offspring. To maintain calcium balance, hang up a mineral rodent in an aquarium. 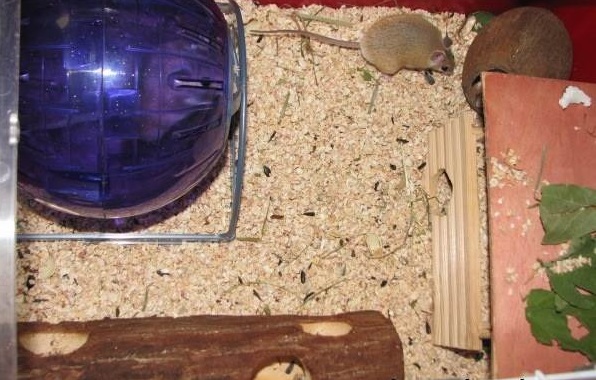 According to reviews, akomisa very cleanly . They immediately choose a corner where they will cope with their needs, and do not soil the rest of the territory. General cleaning of the aquarium should be carried out two to three times a month.

To temporarily remove the mouse — it is better to use a plastic cup, drove the animal there, and then cover it with a palm on top. So you eliminate the tail injury and do not scare the animal.

Akomyses love vegetable food, but sometimes they are not averse to eating protein-rich insects: grasshoppers , worms , cockroaches, and bloodworms.

You can replace this kind of food with any kind of nuts. Leave a few pieces in the shell, it will help the mouse to grind off the constantly growing incisors. You can also replenish protein with boiled eggs or cottage cheese. 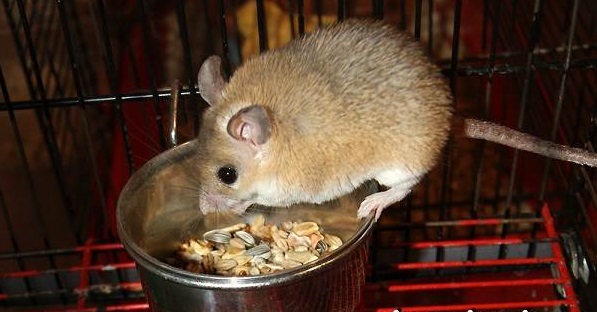 Remarkably fit into the diet and cereal mixture. It can be diluted with dried fruits and dandelion greens. Love the little mouse and gnaw the twigs of the trees. On sale it is easy to find a balanced dry food for rodents. It is rich in micro and macro elements important for the healthy development of the animal.

Do not feed akomis with fatty, smoked, or salty foods. This also applies to cheese. Make sure that the container with clean water is always full, and the remains of organic food do not rot in the aquarium.

Distinguishing the female Akomisa from the male is quite simple — you need to turn the animal belly up. If you see the nipples — this is the female. If the tummy is smooth — in front of you is a male. Do not plant a female and two males in one aquarium. A stronger individual may bite an opponent. 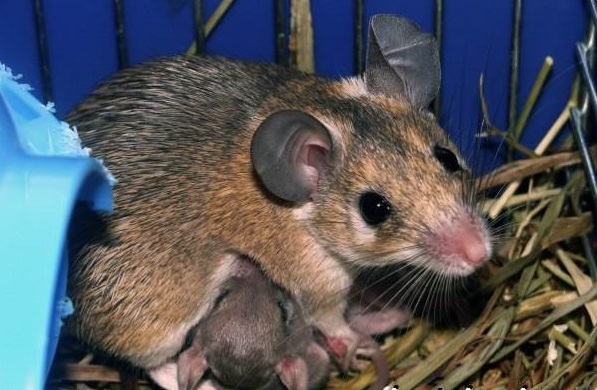 The female produces offspring several times a year. Pregnancy lasts six weeks. For one childbirth, a new mother produces from one to three cubs. Kids are born with open eyes and are able to move themselves.

Acomises are very caring towards each other. If there are a lot of animals in the aquarium, more experienced females will help in childbirth and take part in the care of the young. Within a month, mother feeds mice with her milk. After four months, akomisa reach puberty.

How long akims live depends on the conditions of existence. In the wild, it is 3 — 4 years, with the home maintenance of the animal can live up to 7 years.