Laiki belong to the spitz-shaped. Among the representatives of the group are shepherd’s, riding and hunting dogs. If we consider the husky, husky 7 species. One of them is East Siberian. These are the largest husky hunting orientation. The species competes with the West Siberian and Russian. 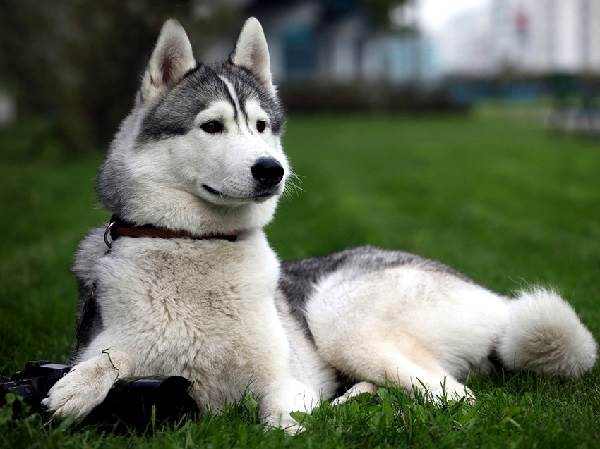 Breed standard adopted in the 1981th year. The view itself is known from the middle of the 19th century. The first breed was described among 3 more well-known laika Andrei Shirinsky-Shikhmatov. This is a Russian count, a work about dogs was written in the 1895th year together with the game hunter Abramov. The manuscripts state that East Siberian huskies are the result of crossing the Evenk and Tungus subspecies.

Many experts consider East Siberian husky a subspecies western one. Deal in blurred boundaries between groups. The standard spelled one thing, but in fact many East Siberian representatives are far from him, more similar to Western dogs.

The point is in the features of tribal selection. Especially service dogs were chosen not by standard, but by working qualities, and these qualities differed in different territories. In Siberia, hunting for ungulates is relevant, and squirrel fishing is popular in the Amur region. 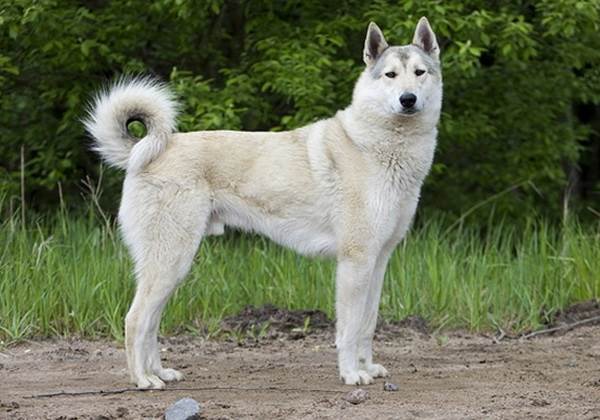 Having a purebred husky owner could cross it with a dog of unknown origin, if he was large and fearless, and his favorite miniature, albeit agile. Victories at shows for service dog owners have always been secondary.

When there was a question about the existence of a breed in general, the Irkutsk citizens began to fight for it. Having traveled around the region, the enthusiasts selected suitable ones for the standard, taking up reference mating. In parallel, the line of dogs that migrated with their owners to the west of the country developed. Therefore, East Siberian husky is:

1. Leningrad. These are compact dogs with a pointed profile. The builds of dogs are wiry and dry. Representatives of the group are good at hunting for squirrels, sables and other small animals.
2. Irkutsk. These individuals are tall, powerful, with a large muzzle, whose profile is far from the aristocratically refined. With Irkutsk huskies go to the artiodactyls and even bears

Even Leningrad dogs should be wider and taller than West Siberian. In the photo, the East Siberian husky is also different in its elongated body format. In addition, Western Siberian dogs have exclusively pointed ears, while Eastern dogs have rounded ones. 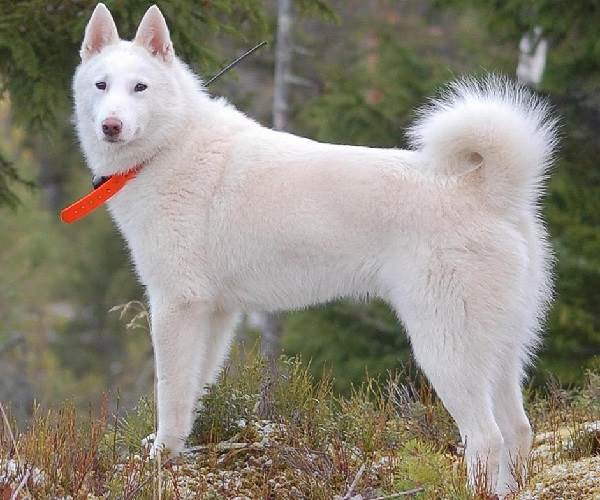 The standard stipulates that an East Siberian husky may be between 48 and 58 centimeters tall. The dog should weigh 20-23 kilograms. Since the breed is Siberian, it has a dense and warm undercoat. Above is a rigid guard hair, adjacent to the body. Recommended 3 colors:

Laika owners do not cease to notice that a dog is not just a picture. Character is important. West Siberian dogs, for example, are more patient with strangers on their territory, but more cunning than their eastern counterparts. 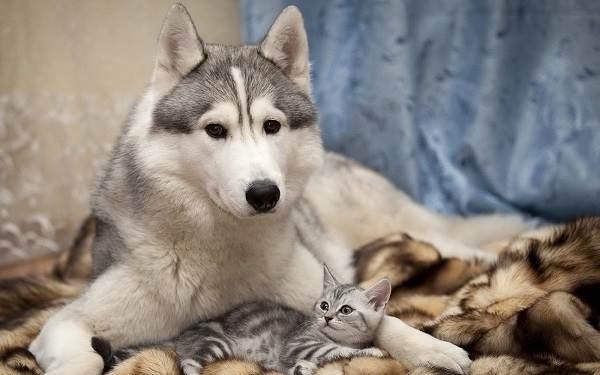 The East Siberian husky has earned a description as an adequate, non-aggressive, calm animal. The dog receives an approximate reflex, so to speak, with mother’s milk. Representatives of the breed are well oriented in space, on rough terrain. Therefore, hunting with an East Siberian husky is possible without additional navigation equipment.

The dog will always lead to the base. The owners of the East Siberian huskies note that their pets: maneuverable, hardy, clever, active, brave. The physical strength of the eastern huskies allows them to be used not only in hunting, but also as sled dogs.

In the modern world, such a ride often becomes a game. For example, in rural areas, huskies often roll their children on them. Representatives of the breed are tolerant of children, are an excellent option for a family dog. 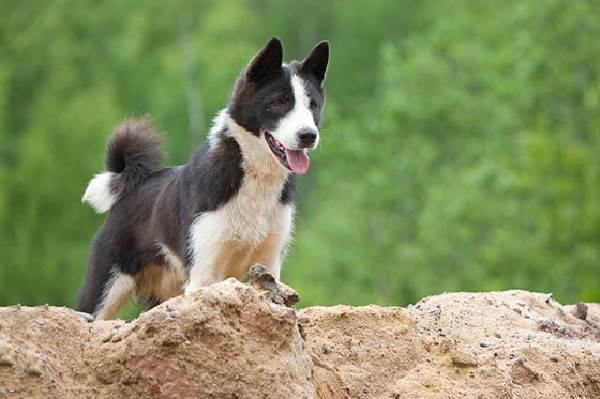 Outside the hunting path, East Siberian huskies serve as excellent guards. In vain the dogs do not break, but at the expense of the perfect scent and observation, they unmistakably calculate the danger threatening the owners. East Siberian individuals are not well suited as apartment dogs. The ideal place of maintenance is the aviary, and for him you need a yard.

There the animal will have room for movement and fresh air. The owners will protect themselves from shreds of wool. East Siberian husky shed heavily. Active people become masters of the breed. You don’t have to be a hunter. You can take a dog on hiking trips, daily runs, ski runs. The animal needs movement.

East Siberian huskies are trained at the age of one month. Puppies are ready to master the game in a game form: Sit. It is impossible. Lie down. Beside. To me. Hunting training or, as they say, training on the beast, start when the dog is 5 months old. Begin with accustoming to the collar. It should be soft and wide.

If the pet is trying to remove a new thing or break out of it, you need to distract the four-footed. Having switched attention, the dog itself will not notice how it will get used to the collar. Having accustomed the husky to the collar, the learned houses of the team are fixed in nature.

You can start training with the start of summer, so that by the end of it you can start training your pet on a squirrel. By the fall, she focuses on blanks, often moving on the ground. The abundance of traces and distraction of animals help the young husky to get used to the role of a hunter. The dog is watching the squirrel, showing barking to the owner, where to look for prey. 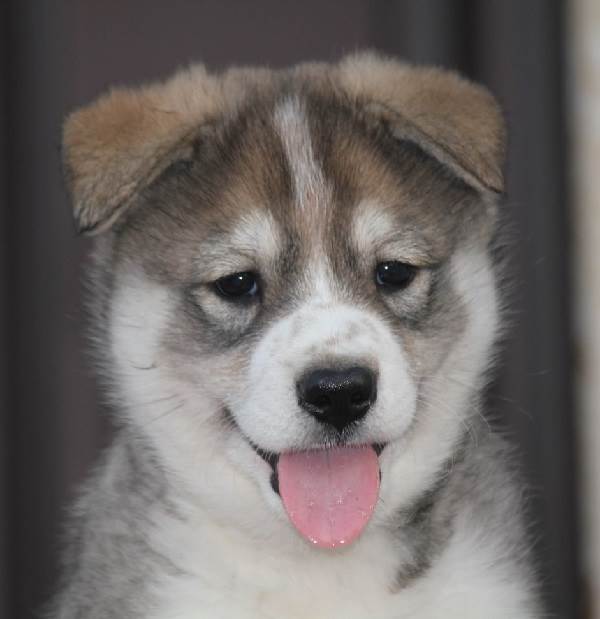 Squirrel, so to speak, is test prey. After a husky easily masters the hunt for ungulates, martens, arctic foxes. It is advisable: to let a pet paired with an experienced husky, so that a young dog learns by example if there is no experienced husky, hang the carcass of already killed squirrels to the tree, laying an artificial trace to it.

The main goal in the initial stages of training is only to awaken the hunting instinct. From 10 months of age, East Siberian husky can be trained in martens. On elk and other ungulates go with dogs that have reached the age of one and a half years. Dogs are able to drive bears from the age of two.

Representatives of the breed have no dietary preferences. The main thing is that at least 40% of the food should be protein. The rest of the animals are patient in both natural and granulated feed, easily tolerate a mixed diet and long fasting. A laika is capable of filling up for the future if a long hunt and pedestrian crossings are coming. 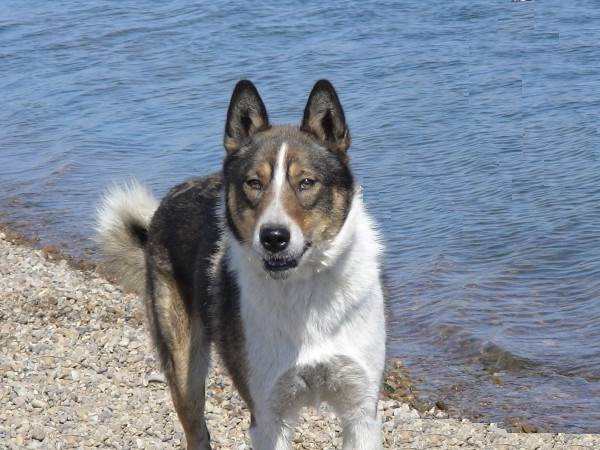 2. Drink heavily after meals. A bowl of clean water should always stand in the dining area of ​​the animal.

3. In the summer aviary huskies eat food without heating. In winter, food is heated to animals at about 30-40 degrees. A cold meal can lead to muscle spasms of the esophagus, gallbladder, hepatic ducts and stomach. It breaks down digestion. It is forbidden to give likes to food waste and meals from the master’s table, because it damages the health of four-legged people. Damage, by the way, is not easy. The health of the representatives of the breed is excellent. In fact, eastern likes are threatened with only 2 illnesses. 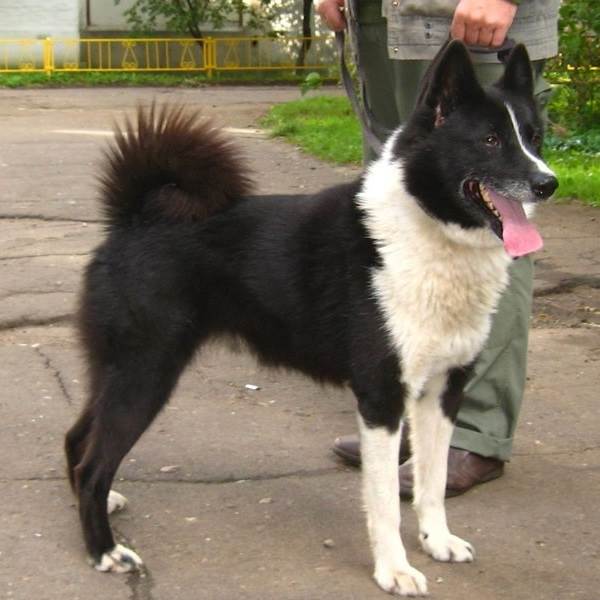 Immunity eastern huskies often can not survive only in the fight against distemper and rabies. Both diseases dogs adopt game. To hunt. For urban features pathology is not typical. Infection with plague is recognized: by the presence of a long-term diarrhea in a dog’s body, increased body temperature of a dog’s chill of a lethargy letharrow. , there are convulsions, foaming at the mouth, unwarranted aggression.

It is important for the owners to watch that the husky has vaccinations against the risk group. Both viruses are deadly. Rabies affects man too. In case of any damage to the pet’s covers during a hunt or in a street fight, it is necessary to contact a veterinarian. In the clinic, dogs are placed in quarantine, thereby protecting people and checking whether the animal is infected or not. 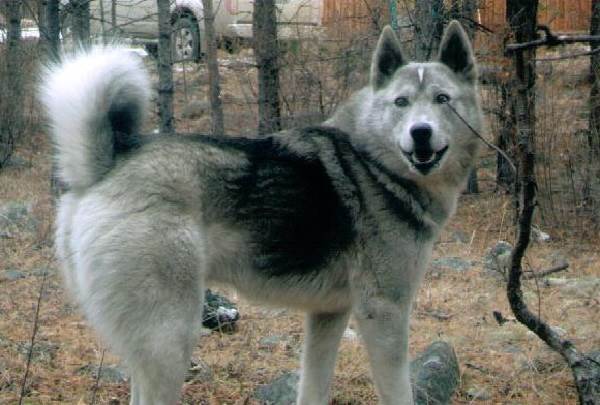 In order to acquire an initially healthy puppy, it is recommended to apply to the nursery of East Siberian huskies. Organizations are breeding, the necessary documentation is provided, vaccinations are put down, animals are branded in accordance with the pedigree.

East Siberian Husky puppies differ in price not only because of the degree of compliance with the standard and the exhibition ratings of the parents. For hunters, the main thing is the specialization of the father and mother of the dog:

1. Bear cubs are the rarest and are valued more than others.

2. Laek, who took from their parents the genes of hunters on ungulates and sables, are valued moderately.

3. The most budgetary option — the acquisition of the dog, which will be Belchatnikov. For many, choosing a puppy is also important gender. Males of East Siberian huskies are traditionally intolerant of individuals of their sex on the same territory, alert. Bitches are more tolerant, docile, affable. Therefore, for puppies, girls are often asked a little more than for males. 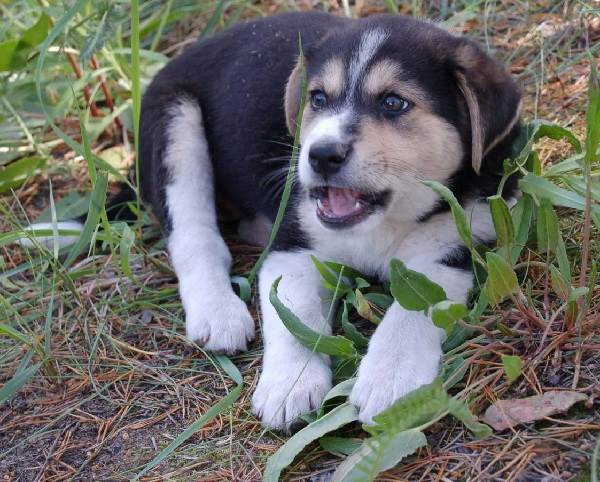 On average, if an East Siberian husky is purchased: the price of an animal without documents is about 2-3 thousand rubles. The cost of a husky from an ordinary pedigree starts from 5 thousand rubles for dogs of high exhibition level asking for at least 8 thousand rubles, and often about 20 thousand.

Dogs at the lowest price provided by the owners, selling once acquired their huskies. Owners have to refuse animals for various reasons. An older dog is always cheaper than a puppy. However, it may be difficult to learn likes. Representatives of the breed are monogamous, loyal to the owner and rarely get used to the new.