Wild boar is a mammal animal that comes from the order of pigs. He is considered the ancestor of the modern domestic pig, which as a result of domestication has become such. The boar is a unique animal that lives on almost every continent of our Earth 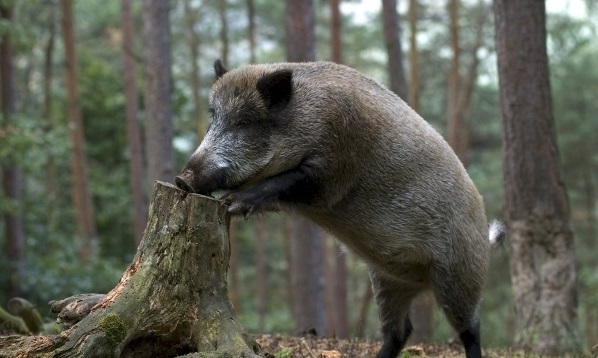 Features and description of wild boar

Wild boar has a corny body, the length of which can be up to one and a half meters. Body height usually reaches 1 meter. The mass of a mature boar can be from 60 to 300 kg.

It depends on whether the female or male is considered in a particular case. Males have a large head that is stretched forward. The ears are quite large, both in width and in height. The snout ends with a heel, which has different sizes. 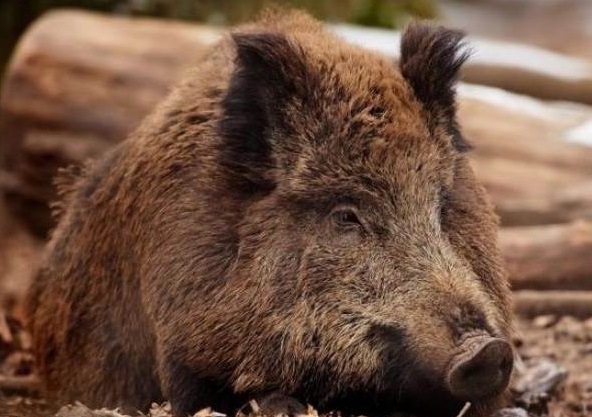 The body is covered with stiff coat. In winter, additional down appears on the body of a wild boar, which prevents it from freezing. On the back there is a certain bristle that stands on end if the animal is in an excited state. Small hogs can be painted with stripes. A boar can eat many plants that can be divided into groups:

1. Tubers and weeds of plants.
2. Fruits of fruit trees, as well as various berries that grow in the forest.
3. The plants themselves, which are available for boar.
4. Some representatives of the animal world (for example, worms or insects that live in the forest). 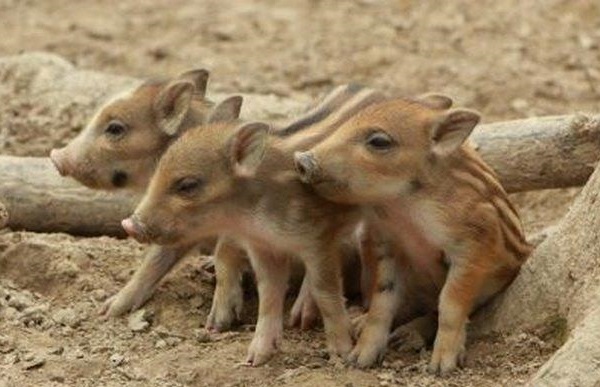 It is worth noting that the boar finishes half of its food from the soil, as it contains enough of it for the life of the animal. On average, a large boar can eat about 5 kg. feed in one day.

Such animals are quite mobile and lead an active lifestyle. In the summer, they like to swim, and in the winter they just run around the forest looking for food. Boars lead a gregarious lifestyle, but there are exceptions in the form of adult boars that live separately.

Also boar lives separately with young children. To understand what distinguishes a pig from a boar, you can view a photo of a wild boar. Also on the Internet you can find many videos about wild boars.

Despite all the facts and conjectures, there is only one conclusion — a wild animal wild boar, which often changes its habitat. Wild boar can be in a variety of places in the world.

The habitat of wild boar can be as tropical places with a fairly warm climate, and the harsh forests of the taiga. In the mountains, wild boar can occur at any height, as well as in some alpine meadows. 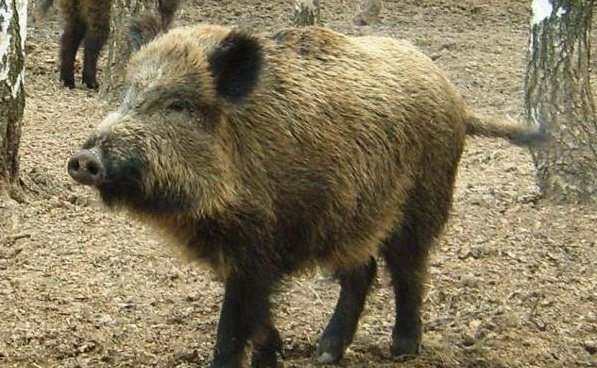 In Europe, it is found in oak and beech forests, as well as in marshland. Boars also inhabit the mountains of the Caucasus, and in the autumn they visit fruit forests and orchards. Sometimes they can be found in the riverbed of some rivers, which are surrounded by artisanal terrain.

The habitat of the wild boar is completely dependent on feed, which are common at one time or another in some localities. Wild boar meat is quite dense, and this is its diet, which consists of different herbs.

Boars can move and go out to pastures in more prolific areas, for example, in the steppe. They can raid on rural lands that are located close to the forests and habitats of wild boars. 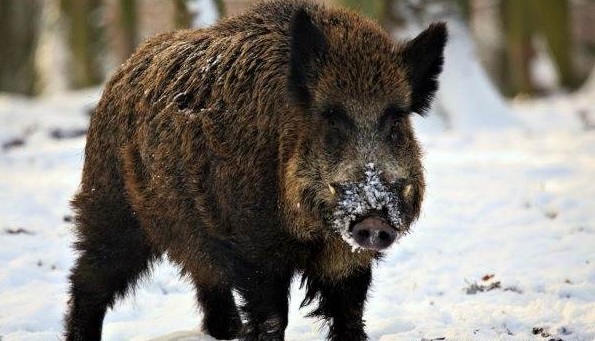 Boars that live in the tropics, virtually unexplored. But those who live in neighboring countries and in the taiga are quite predictable animals. They can live in fairly large areas.

For example, one adult wild boar can occupy an area of ​​up to 15 km, which is a fairly large area. Closer to winter, wild boars can move from higher places on the mountain to the foot.

Sometimes boars can overcome the path, which is more than 100 km. from the place of permanent deployment. Such trips can be caused by various reasons, such as fires or lack of food. 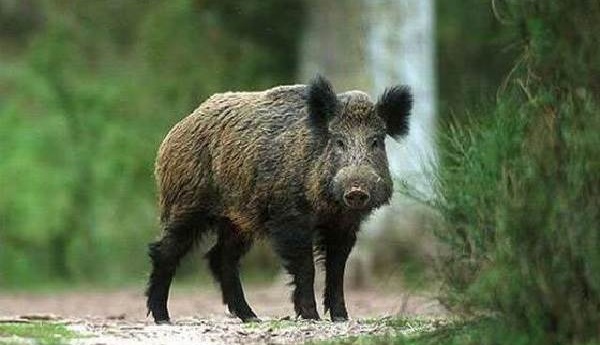 Wild boars can trap different hazards. For example, a dangerous flooring that occurs in the forest can injure feet. Another inhabitant of the forest, the wolf, is also dangerous for him. One of the global problems is the hunt for a wild boar, which is often carried out simply randomly.

Wild boar meat is one of the goals of hunting for it. How to cook a wild boar knows almost every hunter who has ever brought a carcass home. Many people know recipes from wild boar, but in fact the meat is quite tough.

Dishes from wild boar are quite complex in terms of its preparation. It is best to take simple recipes that can even be used by a beginner. Probably the simplest dish that can be made from boar meat is stew. This will require lard and meat of the animal. 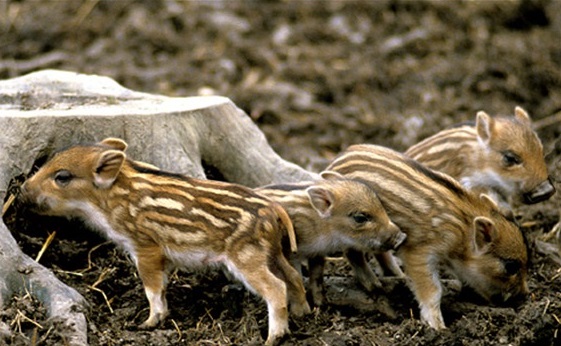 You must also use onions, flour, mustard and seasoning to taste. Meat should be soaked in a solution of lemon juice. Thanks to him, the meat will be tender and ready for further processing.

Freshly after stewing should pour sour cream sauce. Dishes from wild boar, as well as from another type of meat, require some preparation. You can cook wild boar meat on the fire, without special accessories. You do not have to go hunting to feast on wild meat, you can buy a wild boar from a friend hunter. 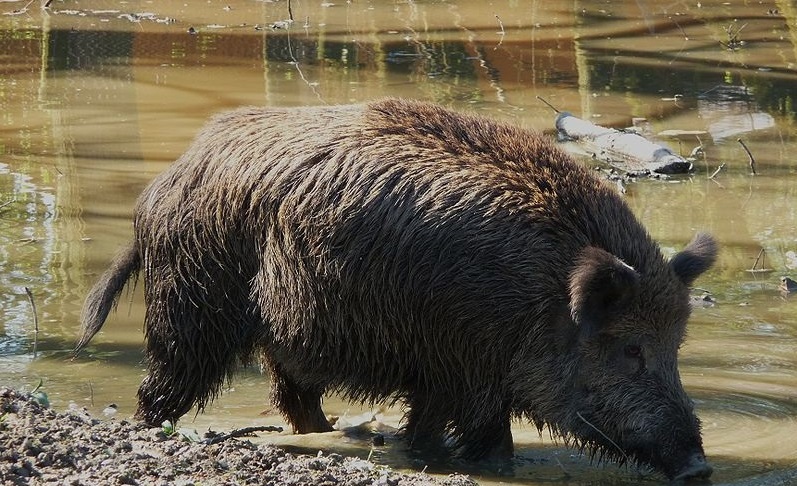 Is wild boar dangerous for humans?

A wild boar does not pose a potential hazard to humans. If you do not climb into its territory, then you have nothing to fear. There are cases when a wild boar rushes at people, but such cases are rare. If, however, suffered a failure to encounter a similar phenomenon, it is best to climb on the nearest tree.