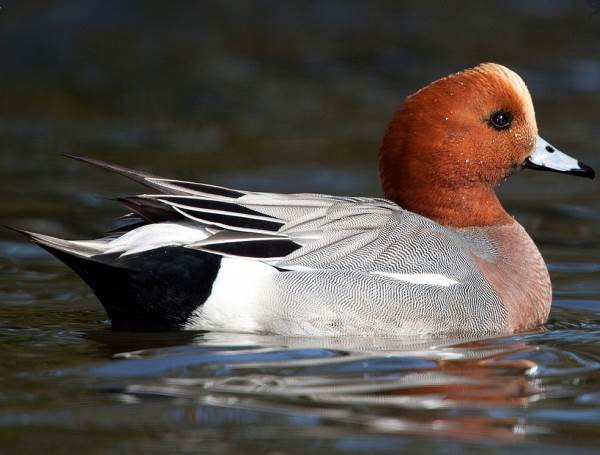 Sviyaz same flight is not always able. As a representative of the goose, the duck rapidly molts, losing all the primary feathers at once. Other birds lose them little by little. While some fall out, others grow. Sviyaz same, deprived of the ability to rise into the air, hiding in the bushes. There is a bird and ring.

Description and features of the duck

The duck is a medium-sized bird with a length of up to 51 centimeters and weighing about a kilogram. The wingspan of the feathered is 76-90 centimeters. Sizes average between mallards and teal. These are two more common ducks in Russia. 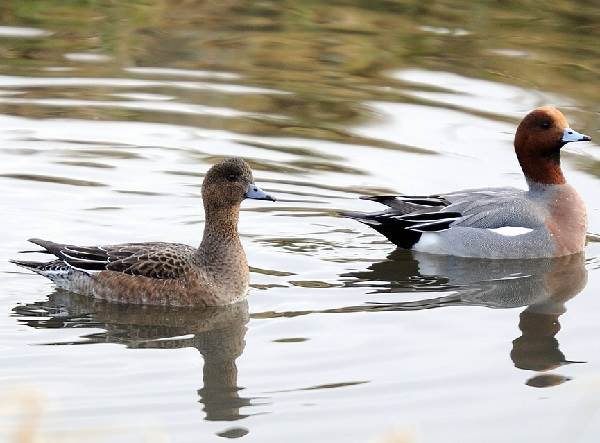 In the photo you can be seen as an elegant bird. Red-gray plumage is covered with motley. During the breeding season, the color changes in males. The goiter becomes reddish-gray, the abdomen is white, and the undertail and sides are black.

Head and back painted chestnut. The rest of the plumage remains gray. From the beak to the nape of the bird is a wide mark. She is white, golden, yellow. So the drake is wrapped from spring to mid-summer. After the birds molt. Sexual dimorphism is no longer pronounced.

Duck’s constitution is stocky and dense. From the other heroes of the article, the article is distinguished by a high forehead, a rather short neck compared to the relatives, a long, pointed tail, a relatively short beak for ducks. 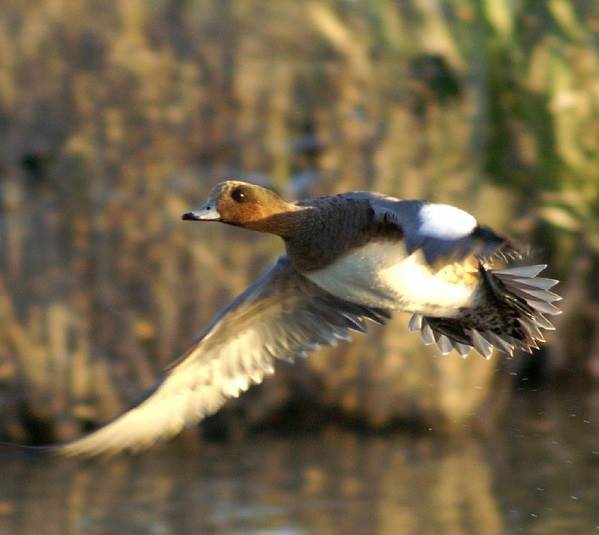 Anas penelope landing on the water

When the ducks open their wings, lines of emerald feathers are visible. There are white spots on top. This is the hallmark of sexually mature males. However, in old individuals snow-white markings disappear.

Bird sviyaz talkative. The sounds made by animals are compared to the squeaking of a rubber toy. Males have a different voice, more energetic. This is the marriage call. It can be heard in the midst of melting snow. This is the time of arrival of the ducks from the warm edges.

The voice sviyazi became an occasion in the people to call a duck a whistler. Some people call the article hero a vegetarian. This is due to the diet of sviyazi. She eats only vegetation.

Listen to the voice of the duck

The duck does not wish to dive behind algae, keeping close to other waterfowl. Sviyaz picks up the bottom vegetation caught on the legs of the swans, or simply not perceived by them as food. 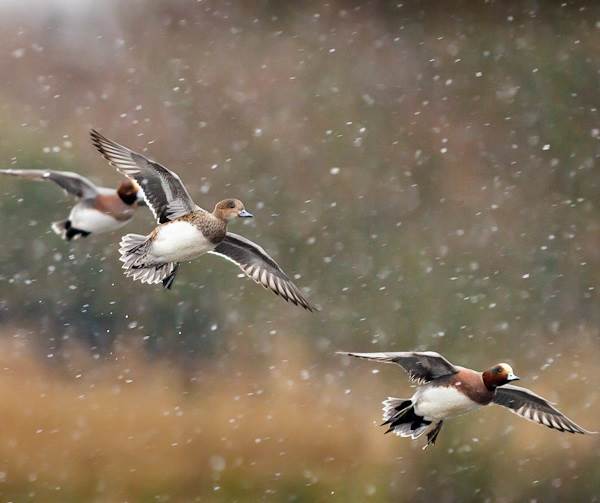 Returning to their homeland, the birds occupy small ponds in river floodplains. Sviyaz, by the way, is otherwise called a river duck. Reservoirs she prefers relatively open, without dense vegetation.

Especially birds chose the lakes of Western Siberia, the lower currents of the Ob, Volga and Ural rivers. There ducks choose reservoirs with duckweed. Some colonies of ducks were chosen by the seaside tundra lake. However, the birds get to the Arctic. There ducks fly in, wandering in search of food.

The American continent is as widespread on its continent as the Eurasian one in its lands. There are Red Book among the ducks, but the heroine of the article is not listed even in regional editions. It is in the hands of hunters. Having a license, they freely hunt sviyaz.

Not only ornithologists use the vulnerability of ducks during the molting period. Some hunters also enjoy the moment. For others, above all the sporting spirit. They hunt animals in their prime, standing firmly on the wing.

Lure ducks on a stuffed animal. On sviyaz podjadnye relatives act as an invitation to join. The hunter must complement the effigy characteristic of ducks cries. To imitate them is a whole science. Therefore, most hunters get decoy on sviyaz. Like a tuning fork, it accurately gives out the “note” of a bird. 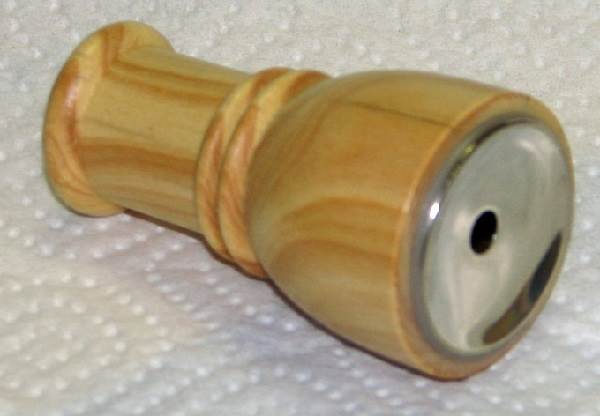 Most mankov cost from 1200 rubles. But there are also budget versions costing from 600 rubles. Hunting stores also offer video aids for hunters. However, such materials are on the Internet.

The video tells how to make skradok. It should be located next to the decoy duck. At the same time, the real world should not see the hunter. He, in his refuge, should occupy a minimum of space, but be comfortable, so that at a convenient moment to shoot.

Sometimes it is necessary to hide in a skradka at night. Taking into account that the hunt for sviyaz starts in early spring, they put on wadded trousers and take fur jackets with them.

In order not to have to wait in vain, go to the floodplain meadows. On them it is worth hiding among the not submerged hillocks of small reaches. Pre-reservoirs examined on the canals. 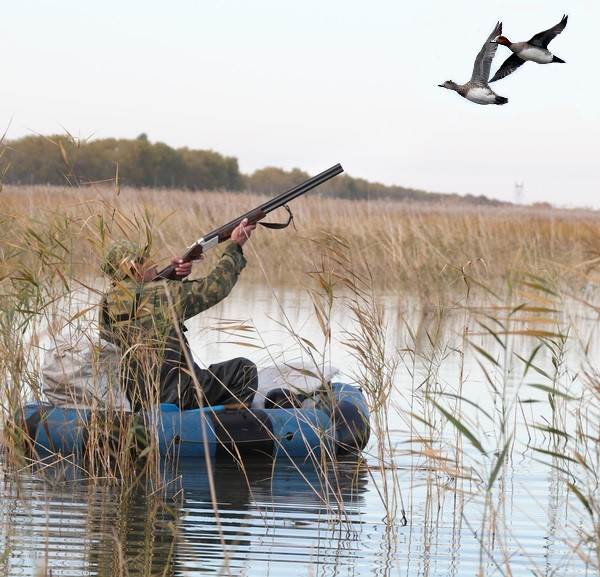 In the selection of specific sections of water bodies the duck is unpredictable. On lakes, hunters are guided by hard-to-reach «mirrors» of water among the reeds. On them the game leaves in windy weather.

When you can not find a dry place for scrub, hunters like feathery hiding in the reeds on a boat. On decoy ducks here it is important to hunt in the spring. The sound of semolina drakes perceived for the call of the female.

Therefore, in the spring hunt mainly male ducks are hunted. In the summer and autumn periods, hunters simply wait until the animals appear on the water or fly over the terrain.

Sviyazey nests are found on the open and vegetated banks, meadows, in the taiga. There the birds find blades of grass and twigs for bedding. The bulk of the nest is down. His ducks are taken from their bodies. 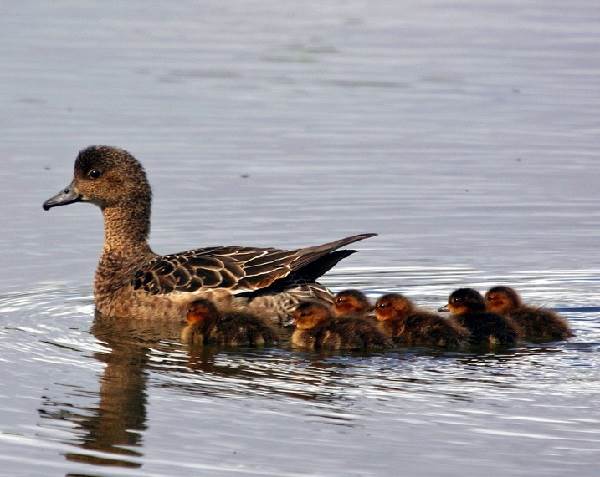 Eggs sviyazey beige or cream. One of the factors of success and prevalence of the species is large families. Ducks lay 10-12 eggs at a time. In length, they reach 6 centimeters. 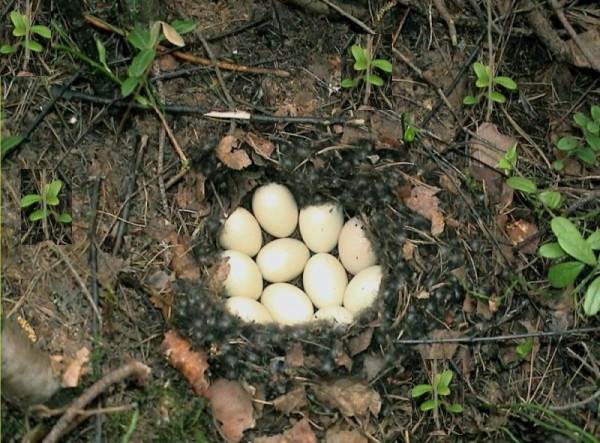 Chicks emerge from eggs in 22-25 days. Care of the offspring to go to the mother. Reports of participation in the incubation and raising of the offspring of drakes are rare. If the chicks manage to survive the childhood age and do not get caught in the maturity of hunters, sviyazi reach 13-15 years.