It sounds proudly, it looks tiny. Lymnocryptes minimus does not exceed 20 centimeters in length, weighs no more than 43 grams. Often, from the beak to the tail of a bird is 12 centimeters, and the weight is 20-30 grams. Feathered resembles a snipe, to which class it belongs. To him are related waders. With them the diner is also similar. 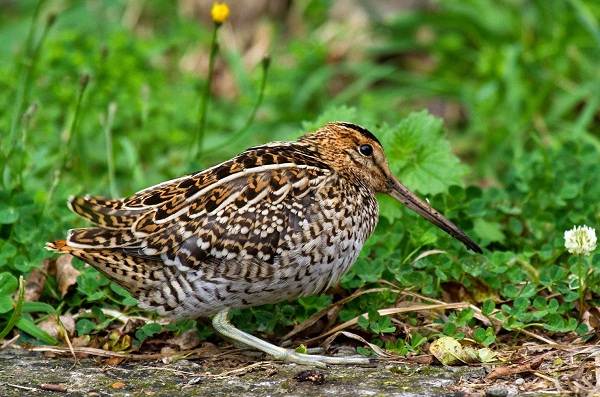 Description and features of the garnish

Lymnocryptes minimus In the photo, the snake, as in nature, differs from sandpipers and snipe by the yellow-green stripes on the back and wings. The lines are longitudinal. The rest of the coloration typically consists of alternating beige and dark brown rows of feathers.

Most garshnepa color similar to the colors of the forest dupelya — another representative of the snipe. Like the snipe, the hero of the article tends to retract the neck. She seems to be hiding in the breast plumage. It seems that the small head of the bird is immediately attached to the body.

In comparison with most sandpipers, the buck snake has a short beak, legs. The body is folded harmoniously, in proportion. However, the hero of the article flies reluctantly, with difficulty. The movements resemble those of a bat. 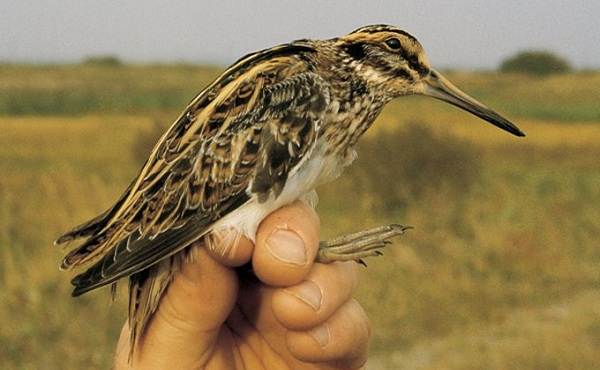 The bird rises literally from under its feet and soon sits down again. Short-term flight — a chance to shoot the feathered. Meat garnoshnepa considered a delicacy. However, snipe lives not everywhere, in many areas it is included in the Red Book. In the Yaroslavl and Smolensk regions, for example, hunting for the hero of the article is prohibited.

The sluggishness of the hero of the article is associated not so much with laziness as with the lack of fear of extraneous sounds. That is why the bird climbs on the wing when it is almost attacked. At the same time he doesn’t make sound. The bird is silent. The exception is the current period, that is, reproduction.

The meat of a hero-like article of a snipe type of mob, a forest snipe, a large ulita and a spindle are not so tasty. In addition, to get into a miniature pet snipe is considered prestigious for the hunter, indicating his skill, accuracy. 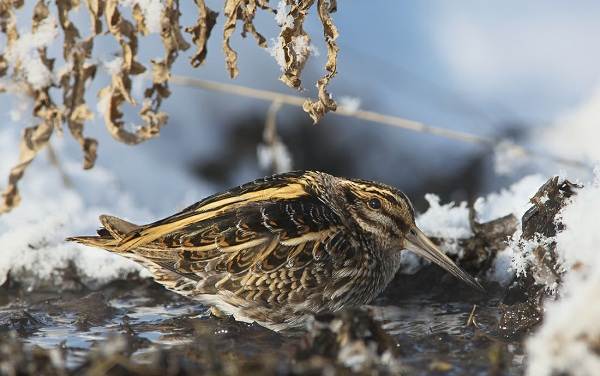 Hawson lives exclusively on grassy and sphagnum marshes. Sphagnum is a type of moss. In it and the grassy thickets ptahi hide. Snack refers to migratory migratory birds. In search of food the sandpiper flies from place to place. During migrations, birds are content with muddy shores of inland waters.

In Russia, the hero of the article nests in the Kirov, Yaroslavl, Tver regions. The area is scattered, especially in the south. Here the bird colonies nest in isolation. Hawksburds prefer northern areas. There, species representatives are common. 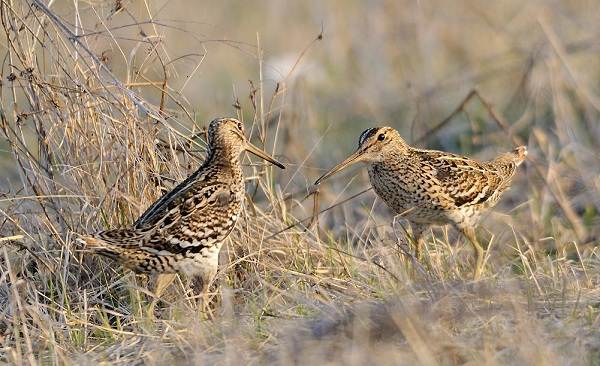 With the onset of cold weather, the Curonians rush to Mesopotamia, Spain, Africa, and France. The main population is concentrated in the Scandinavian Peninsula and the mouth of the Kolyma. Here the number of garnish grows. The reverse process is observed in Japan, where in the middle of the last century, the population of the hero of the article was large.

Garshnep is a small bird, which means it catches a miniature prey. The diet of snipe includes insects, crustaceans, mollusks, larvae. Additionally, birds eat seeds of marsh plants and themselves. This allows the birds to stay in Russia for the winter near the non-freezing reservoirs. Birds and crustaceans will be caught there, and the seeds will be found, and they will eat algae.

Of the plants, the hero of the article prefers sedge, horsetail, reed. They serve as a bird and food, and shelter. The Kulik snake is camouflaged in them, merging in color and literally sinking in high thickets. Here the feathered nest. 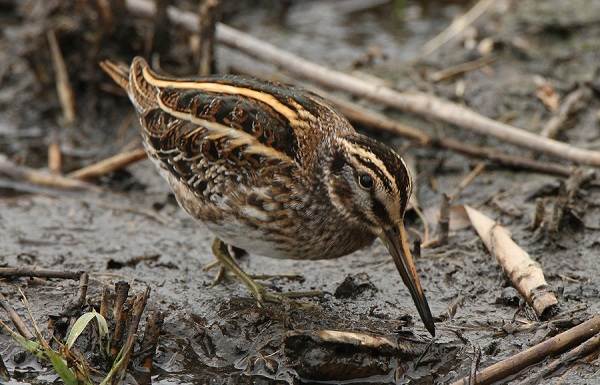 Lymnocryptes minimus feeds on small insects as well as marsh plants and their seeds.

The mood for continuation of the species of the garnish depends on the weather. The birds are shocked on quiet, cloudy days. The sounds resemble the sound of hooves on a rammed earth road. A current is heard from different directions, since it produces it with a snake in the air, sharply changing the direction of flight. The feathered one rushes up and then down. Flights are silent. Strokes the bird, hovering in the air.

They chaunt the Curonians immediately upon arrival from warm countries, but this arrival is late. As a rule, marriage games begin at the end of May. Masonry appear in June. From July to October molting occurs in females and males of the species. The birds completely change their plumage.

There is a second molt. She is on the contrary premarital, runs from January to May. During this period, the plumage changes only partially. In the nest, hidden in the grass, 3-5 eggs. Given the size of the parents, they are large. The length of the egg reaches almost 4 centimeters. However, more often we are talking about 3 centimeters. 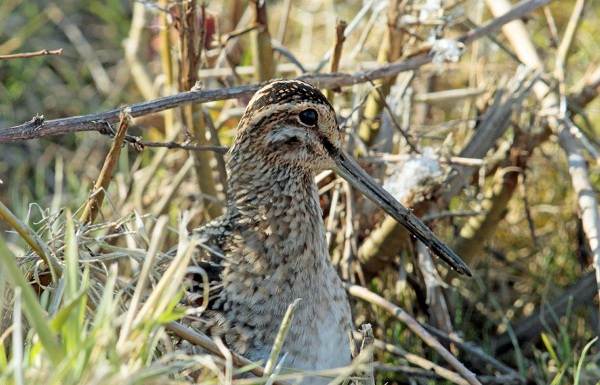 Chickshawks fry on the wing 2.5 weeks after the birth. When strong it seems that birds fly like snipe. However, the wobbling in the air in the case of harshneps is associated with the banal influence on them of the wind, and not deliberate maneuvers.

Live sided hair is about 10 years old. For miniature birds this is a solid time. In captivity, the waders are rarely contained. Garshnepy poorly tamed, do not tolerate cells. Although, it is in them and in the conditions of the zoo, many other birds increase the life span by at least a quarter of their century.