Copperhead snake (as seen in the photo ) has a color corresponding to its name. And among the shades inherent in it, it is possible to note the range from light gray tones to brown-dark ones. 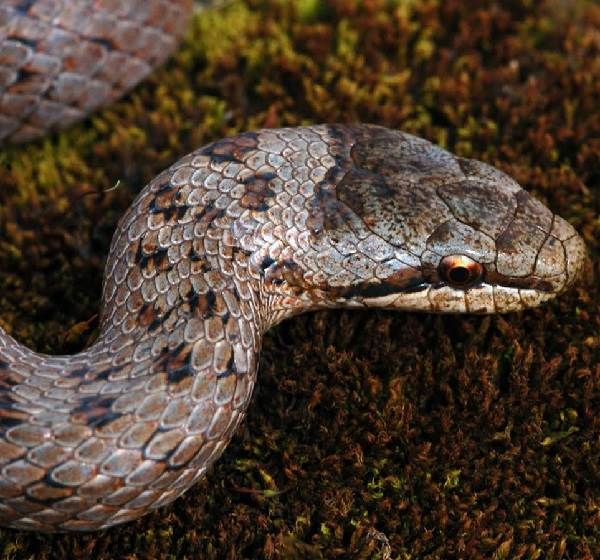 In the description of the snake, it should be mentioned that a characteristic feature of its appearance is the presence of hexagonal and rhomboid shapes near the head and belly with shiny copper tints.

Males whose skin sometimes has reddish hues, as a rule, are somewhat brighter than females. The color of the snake’s body may be monotonous, but in some individuals the body is covered with brown and black spots and lines.

The tones of the color of the snake can also determine the age: the young individuals are distinguished by the brightness of colors and are usually more noticeable against the background of nature. The length of the snake’s body is up to 70 cm, but its small size is compensated by a very developed musculature. The tail is 4-6 times smaller than the body.

Copperhead snake is found in almost all corners of the earth. Not all species are well studied, but new species are constantly being discovered. Scientists clearly described only three species of such reptiles, living mainly in Europe, in the west and north of the African continent and in the southern regions of Asia. 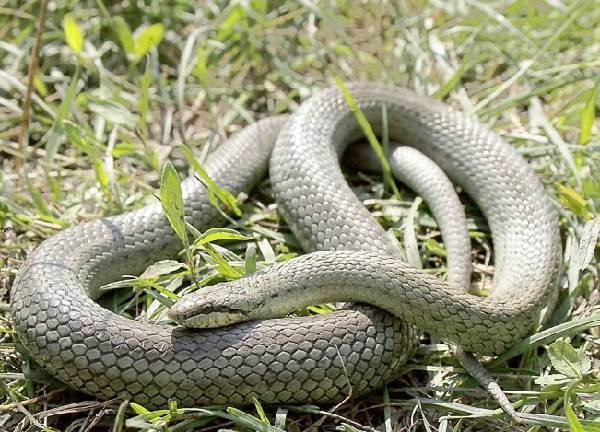 In Russia, the most common is the copperhead, common throughout the European part, up to the west of Siberia . Medyanki are predominantly found in deciduous forests, in a similar habitat it is easier for her to hide in the foliage from enemies and to trap her prey.

You can meet the snake in the pine forest. But she prefers to avoid meadows and steppes in which for her lies a lot of dangers. Many consider the loachus a lizard, this is remembered even in some literary works. So the cooper lizard or snake ?

Confusion comes from the fact that in many localities a creeper is called a legless lizard spindle. However, from a scientific point of view mediolae are typical representatives of the snake species.

People treat snakes with great caution, and are especially afraid of those who live near their homes. Snake neighborhood is never pleasant and gives rise to many fears, even mystical stories and superstitious conjectures.

Copperhead eyes are often red in color, which from ancient times made it possible to attribute magical powers to it and consider such reptiles to be envoys of evil sorcerers, sending a curse on the house, various diseases on the owners and cattle. 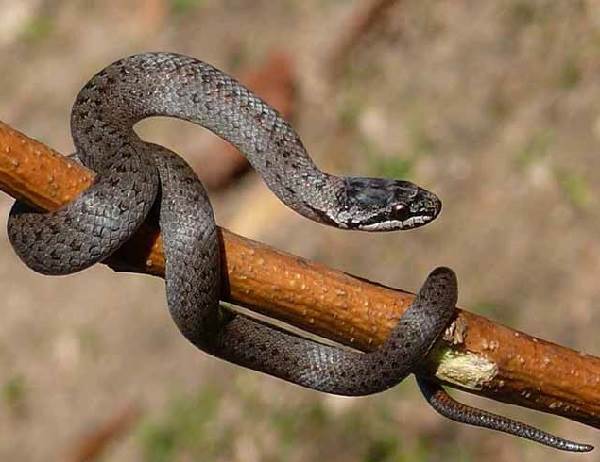 Is it a poisonous snake or not a snake ? In antiquity in Russia there was a belief that the bite of a snake with scales of copper shade promises a man the inevitable death at sunset, which often pushed people to extreme measures.

Frightened victims of superstition cut their own flesh in the area of ​​the bite and even cut off the affected limbs. However, coppers have a family of moribund and are not particularly dangerous for humans. The reason for the spread of exaggerated rumors is the external similarity of this species of reptiles with some species of vipers .

What does the snake look like, and by what characteristic features can it be distinguished from poisonous and dangerous representatives? There is no clear separation between the head and the body in the coppers. Vipers, on the contrary, have a clear distinction between these parts of the body.

There are poisonous glands in coppers, but harmful substances in such snakes are not produced in large quantities. A snake bite for human dwarf is too weak. 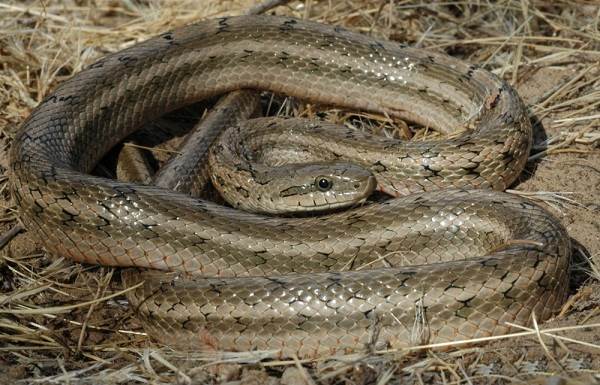 And in the course of their weapons snakes are rarely allowed, usually in self-defense and in cases of collisions with a strong opponent. The poison is deadly only for cold-blooded brothers, small animals and other living creatures.

Medyanki love to hide in the thickets of forests, but they build a nest on glades and glades, preferring open spaces, often getting out with pleasure on a sunny day to bask in the sun. By lifestyle they are loners, and among this type of reptile, even cases of attacks on their own relatives are not uncommon.

Especially fierce attacks are observed when the brethren make attempts to settle in the locations of their nests. That is why in one small area you can rarely meet two individuals of this species of snake. 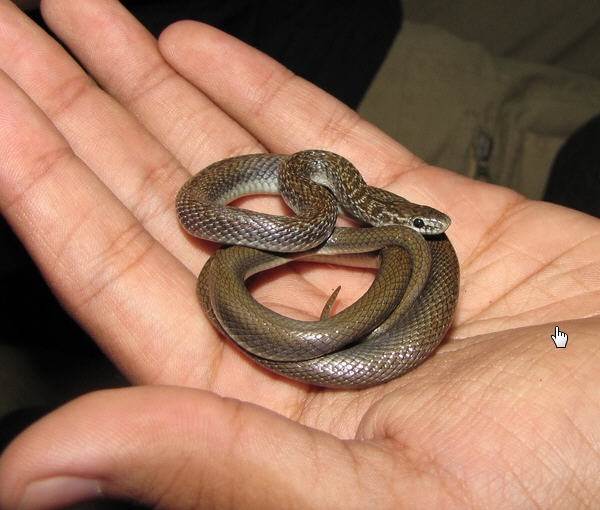 o the nest, the Coopers are unusually tied, often living in one place throughout their lives. It is better for a person not to touch the serpent holes and not to destroy them, picking with sticks.

Although the bite of the reptile species to humans is not fatal, unpleasant feelings can manifest enough, what and dangerous snake copperhead especially when is not possible to treat the affected area at the time.

In nature, Copperhead has many enemies, including rats, wild boars , hedgehogs, martens , and also some species of birds. Even young frogs are able to eat young cubs.

When the snake is protected, it is compressed into a tight tangle, pulling in the head, or vice versa, hissing rushes toward the threat. Frequent are the collisions of lizards with a snake . Such opponents can inflict serious damage by biting off some part of the snake body. 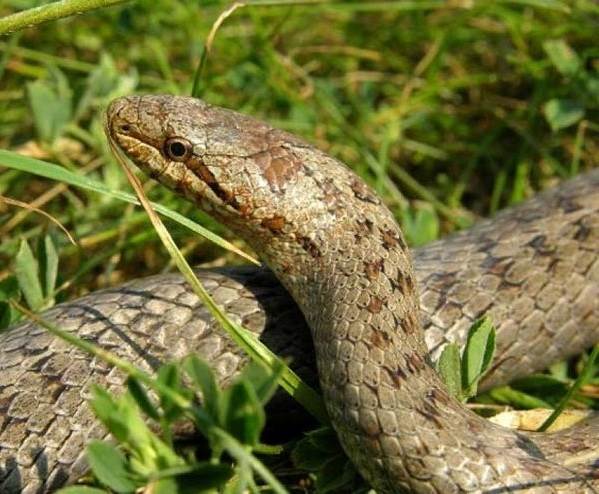 Medianok often contain in a terrarium, where they usually reproduce fragments of living nature, close to the conditions in which they used to live. There is maintained a certain temperature and there are tanks for drinking and bathing, sometimes even a pool.

Copperheads prefer to hunt in the light of the sun, and only sometimes they go for a walk and profit at night. The small size does not allow this species of reptiles to hunt large prey, so their diet does not suffer from diversity, but the appetite is quite good.

Insects can become their victims , small-sized rodents and lizards, which the coppers have been eaten in large quantities and almost entirely, even when the size of the unfortunate is almo 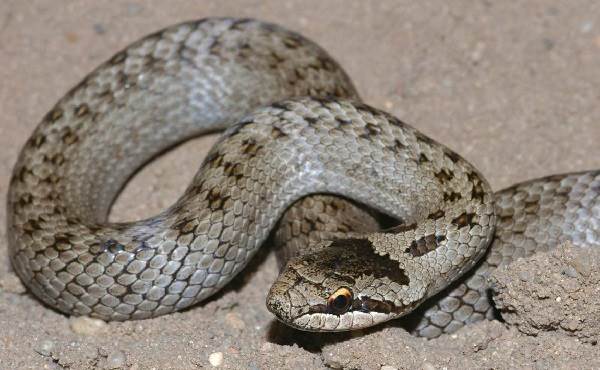 The attack of coppers is hampered by the natural slowness of the snake, which in many cases allows its prey to escape. That is why they prefer to wait for their victims in a certain place, hiding in secluded corners, setting an ambush in the grass or foliage.

In these cases, the snake can boast of patience and guard the prey for hours on end. When the victim approaches a certain distance, the snakes rush at her and easily hold him at the expense of an iron grip and powerful muscles, wrapping themselves around the prey with his whole body so that she cannot even go dry.

Had become accustomed to living in complete solitude, they show a desire for the society of their relatives only in the marriage period. But after intercourse, the partner leaves his companion, and their paths diverge forever. 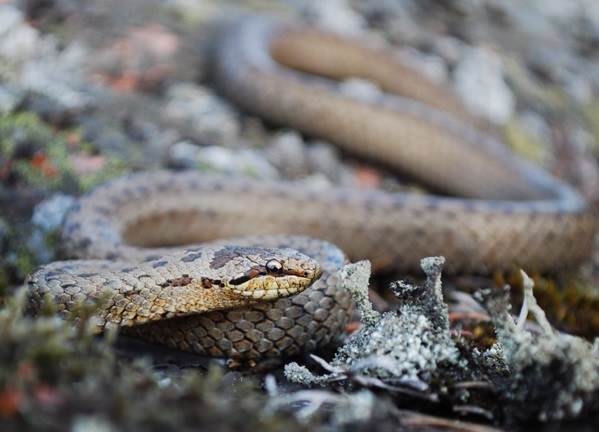 Copperhead snake eggs contain already living snakes. In one brood there may be a dozen cubs. Having hatched their eggs, they immediately leave the mother’s nest, possessing the skills of survival, feeding and hunting from the very birth. And after three years they themselves are involved in the breeding process.

Snakes are commonly thought to be long-lived. But scientists believe that the life span of these reptiles depends on their size. Such small representatives, like coppers, live about 10-15 years. However, in captivity, where excellent nutrition, care and assistance from a veterinarian is provided, snakes usually live longer than in the wild, where they have a huge number of enemies.