With nightfall in the wood it becomes mysteriously silent. It would seem, anything till the morning shouldn’t break this idyll any more. 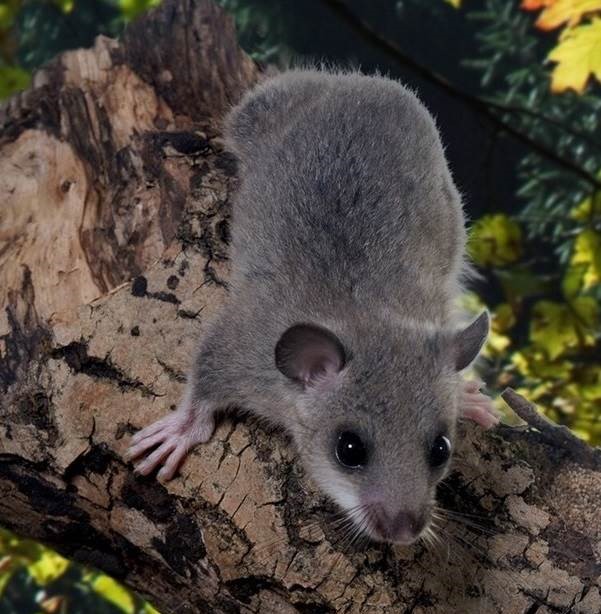 Only sometimes it is possible to hear easy rustle of leaves or crackling of dry branches under feet of any wild predatory animal who got used to a nocturnalism. Or the owl will make the horrifying sounds.

It would seem, more nobody has to break this silence. As suddenly strange sounds «ttsiiii-ttsiiiii-ttsiii» goodness knows where from start reaching. Only the polchok can make such sounds.

And it is valid. If to look narrowly, it is possible to see him sitting on a branch fluffy, gray-blue tones, with the head extended forward, widely open mouth and ears which behind each such sound are coming nearer to each other 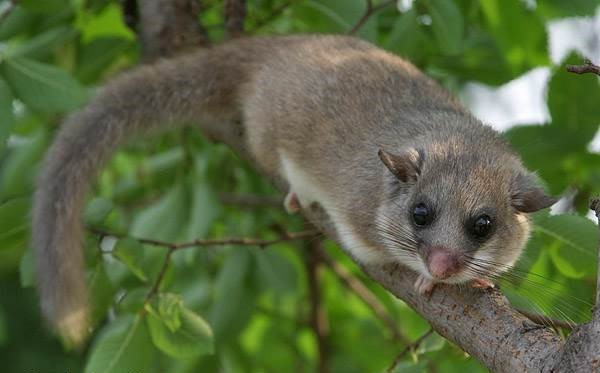 This song it is possible to hear not less than 30 meters at distance. It lasts no more than 10 minutes. Then the small animal for a while becomes silent as if wants to find out, whether that for which he so tries heard his serenades.

And in response to these tunes of a male the female who is not far answers. Its whistle, alternately with sounds of «uyuiiiya» sounds, as an appeal for the narrowed.

Description and features of the sleepyhead polchok

These surprising animal big fans to have a sleep. From here also their name – the sleepyhead a polchok went. For a dream animals need not less than nine months in a year.

It begins in September, and comes to an end in June. Being the largest representative the sonevykh, the polchok has body length to 18 cm, length of his tail is equal 10 cm, and the body weight of an animal about 170 g.

Polchok on a photo — this animal with the short ears which are rounded off on tops with thin indumentum, with a naked sole of back pads and the covered wool pyatochky. Eyes of an animal are decorated with a dark ring, sometimes insufficiently noticeable. 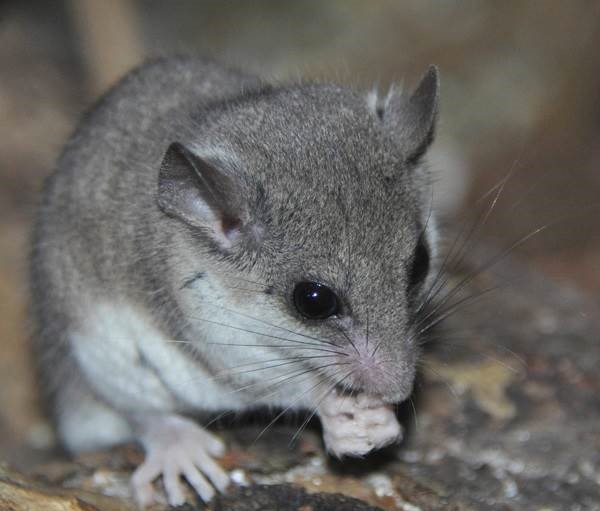 The muzzle of an animal is decorated with vibrossa with sizes, record for these animals. Their average length reaches to 6 cm. A hair color of a rodent a polchka smoky-gray with brown shades with silver. Stomach of its white color, and pad of the pale-yellow-yellow. A tail white with gray impurity.

The animal a polchok the appearance reminds a squirrel therefore initially it was mistakenly attached to a genus of squirrels. These animals after all have differences – at a polchka there are no brushes on ears and a stomach at it white color.

Polchok from group of rodents is very valuable animal. Its fur is appreciated in the fur industry, and meat with pleasure eat. Every year them becomes less. Therefore now the polchok also is in the Red List under reliable protection of people.

Way of life and habitat of the sleepyhead polchok

It is possible to meet this miracle of the nature in the territory of the Caucasus, Ukraine, Moldova and a midland of Russia. Polchok lives in the woods with prevalence of such trees, as a beech, an oak, a walnut, wild fruit trees. Forests in which coniferous trees meet attract them less.

Existence of fruit-trees and bushes is very important for these surprising animals. It is also important for them that there were hollow trees. In frequent cases of a polchka small animals can lodge in artificially made nesting box or a duplyanka.

And all of them have to be after capital repairs and with a cover. Because of it they aren’t loved by birds for whom such dwelling is intended. There are cases when they lodge in human structures. 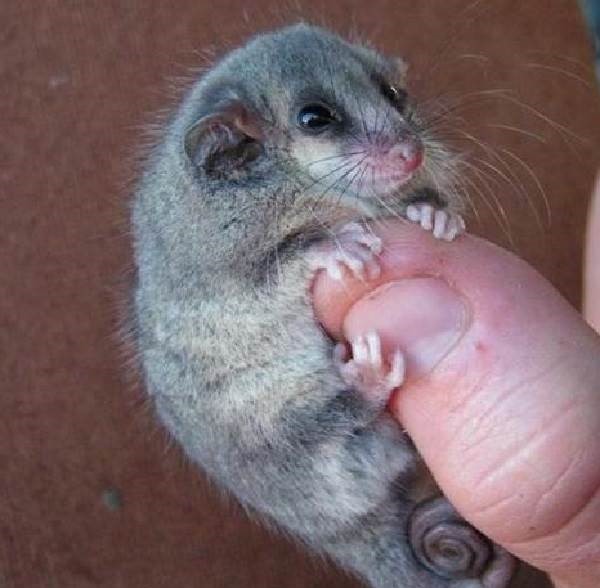 These small animals don’t become attached to one dwelling, a place because lead active lifestyle in times when don’t sleep. The neighbourhood with similar is perceived quite quietly.

Can let in without problems the shelter. Sometimes having seen the bound bodies of polchok it is difficult to understand who exactly possesses the dwelling. Also peacefully they get on in bondage in cages if the place and forages is enough.

This is very clean small animal. Out of the nest the polchok sits down on a branch and strenuously starts making toilet – cleans the fur fur coat, combs out a tail, washes and wiped by pads. After that the animal disappears under leaves in a hollow.

Except leaves in the dwelling they cover other soft materials, for example a moss. By the way, arrange well the nest generally of the female.

For males all this not essentially because they differ in big laziness. In their nest it is possible to notice one — two leaves and that, most likely got there by mere chance.

Active lifestyle is led by animals since twilight and finishing in the morning. In the afternoon prefer to sleep in the shelters. The small animal the sleepyhead a polchok spends generally most part of time on trees. It perfectly on them moves and differs in a fine spring ability. Its jumps can reach to 10 m. 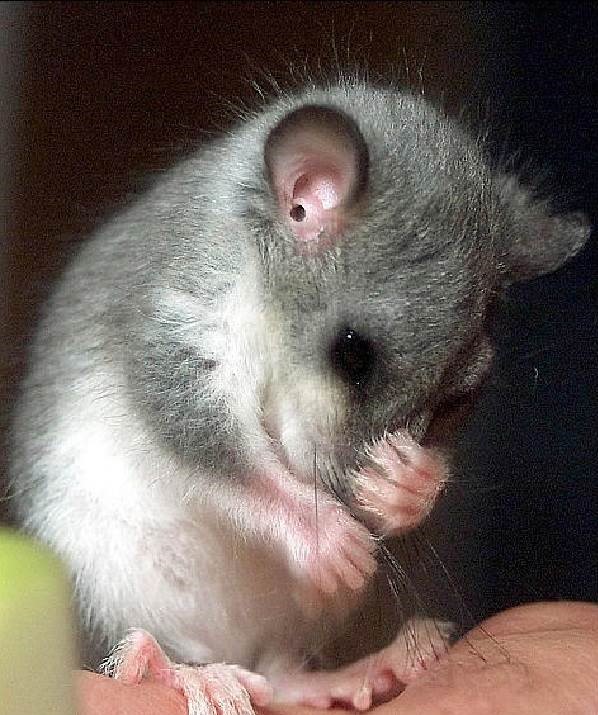 During hibernation in one nest it is possible to see not less than 8 small animals. During this deep sleep all vital processes of an animalare slowed down.

The most younger generation, after it last year’s, and already behind them the most adult animals leaves the first of a condition of a dream. After hibernation the polchok strenuously eats. For it good food is simply vital at this time.

Food of the sleepyhead polchok

Generally the polchok prefers vegetable food. In rare instances it is possible to notice in its diet of an insect, bird’s egg or a birdie. The animal adores high-calorie nuts, acorns and chestnuts, hips and bark of trees. By the end of summer the polchok starts leaning in particular on them, accumulating fatty stocks before hibernation.

If these small animals live near the human dwelling, they can do without any confusion attacks into storages, warehouses with fruit. Before hibernation these animals become quiet homebodies. They bring all the finds from food to the dwelling and with great pleasure all this absorb.

They don’t differ in thriftiness. Such concept as stocks for rainy day at them doesn’t exist. They have rather strong teeth. Polchki without problems can also quickly bite through a walnut shell. Sometimes, they simply take a bite of these nuts and throw on the earth. From it sometimes there is an impression that small animals are too gluttonous.

Reproduction and life expectancy of the sleepyhead polchok

Animals breed once a year. This period drops out for July-August. Songs of animals is the beginning of their beautiful wedding ritual. After the female and a male hear each other, they come nearer and also cordially sing thus.

Behind it bustle of animals the friend follows a druzhka. It everything enters marriage ritual. Finally, this bustle comes to an end with beautiful dance of the animals who are turned on a place. At this dance the nose of animals is pressed to the partner’s tail.

Such ritual comes to an end with pairing from which the female in a month has a posterity. On average the female brings from 2 to 6 kids. They hear nothing and don’t see, in a word, completely helpless. 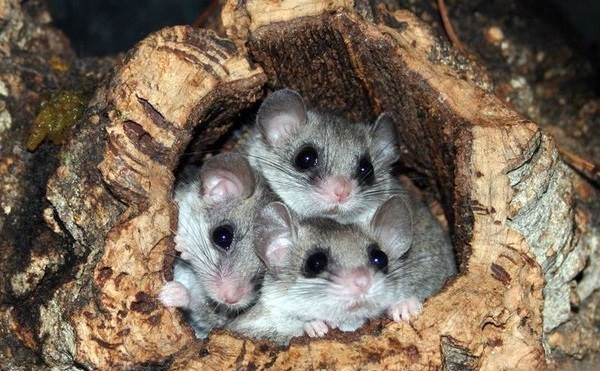 In 12 days at kids the hearing is cut, and in 3 weeks they start seeing. Initially they completely are on breastfeeding, after 2 weeks mother starts feeding up them adult food in the crushed look.

In 4 weeks they completely pass to adult food, and in one and a half months they have a desire to leave a nest and to get to itself food independently. The sexual maturity at these animals comes in 11 months. There live polchka not for long – no more than 4 years. In bondage life expectancy increases a little.