Содержание скрыть
1 The laws of physics and the birds on the wires
2 When can birds on wires be electrocuted?
3 What makes the birds sit on the wires

Birds will not suffer, and people without light can remain. Birds are called the main cause of complications in the work of substations. It takes into account the opinion of experts of almost 90% of US network enterprises.

The survey was conducted by IEEE. This is how America is called the Institute of Electrical and Electronics Engineering. Similar surveys were conducted in Russia, in particular, by scientists from Moscow State University. Domestic spices additionally examined 10 kilometers of power lines in the Taldom district of Moscow region. 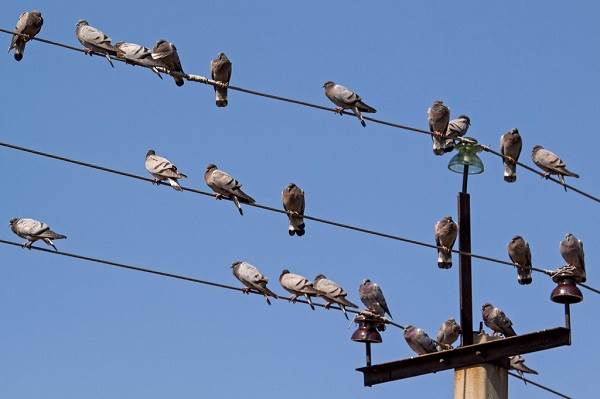 The conclusion of the scientists: — massive bird cages on the wires, followed by a simultaneous take-off, lead to swaying of the lines, their clasping and, as a result, interfacial closures. Birds often do not suffer. Why?

The laws of physics and the birds on the wires

To understand the «impunity» of birds on the wires, you need to remember Ohm’s law:

1. Its first part reads: — The strength of the current in the conductor is directly proportional to the voltage at its ends. That is, the indicator depends on the potential difference. Sitting on the cable, the bird shunts it, as it were, that is, it connects the points of the power grid circuit. These points are the place of coupling with the legs. The feathered person takes up the wire with both limbs, and at a small distance. Accordingly, the potential difference is small. That is why birds are not shocked by wires.

2. The second part of Ohm’s law states: — The strength of the current is inversely proportional to the resistance of the conductor. The rate between metals is high. But the resistance between the wire and the bird is small. The flow of electrons passes through the body of the feathered, rushing further along the chain. There is no voltage difference between the cable and the bird, since the animal is held by one wire, not touching the ground. Toku has nowhere to go, except in the bird.

Sitting on power lines, the animal is not a consumer of energy, but a conductor, taking over a fixed charge. It turns out that there is no voltage difference between the bird and the cable.

When can birds on wires be electrocuted?

Why the birds are not shocked by the wire when they are beaten — some retrospective question is asked to those who are surprised at the resistance of birds to current. Physicists from Moscow State University, for example, examining power lines in the Taldom district of the Moscow region, found 150 dead animals at 10 surveyed kilometers of lines. How did they die if they don’t create a potential difference with voltage? 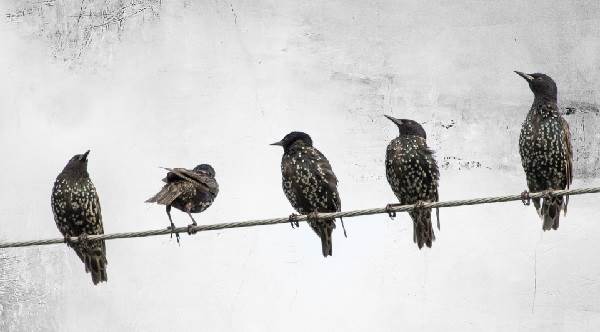 The answers lie in the same Ohm’s law and other rules of physics. So:

Given the risks to the lives of birds and possible problems on the lines through their fault, the scientists came up with a scheme to scare animals away from power lines. The installation of a repellent wire inside a metal pylon is the most effective. 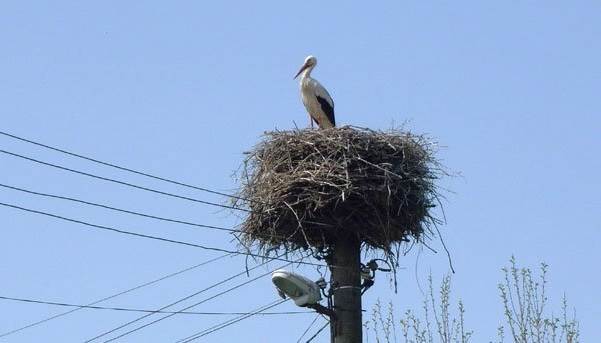 The cable is embedded in isolation from the so-called support body. In the wire — directional voltage. It is aimed at birds, not deadly, but unpleasant. Sensing this, the birds are removed from the cables, flying away.

What makes the birds sit on the wires

Sit on the wires, despite the risks, the birds makes the instinct:

1. Most birds feel safer in the air. Therefore, the animals are trying to look for rest or stalking prey elevations.
2.If the only hill in the surrounding landscape of power lines, they are preferable to land.

The same goes for building nests. Most birds equip them at altitude. When there are no other elevations other than power lines, the birds settle on them.